As I said in my previous post, Wayne Watson is a proven liar. To demonstrate this, I will begin again with a quote from the May 9, 2014, board meeting: “Let us not lose sight of the fact that, this is another area that we have raised standards, in terms of admission standards, we’re not admitting students today that we admitted four years ago, five years ago, and that can have an effect upon the number of students that you get in.”

Although the board members believe anything Watson says because they are either complicit in his failure or simply too uninterested to question what they are told, we do not have to be afflicted with the same myopia. In fact, there is actually extant evidence that will enable us to evaluate Watson’s claim about “raising standards.” The following information comes from either the university factbooks, university catalogs, or the admissions portion of the university web site.

First, here are the admissions standards from the 2002-04 university catalog for both freshmen and transfer students. Although they are hardly rigorous, for freshmen, you’ll note the minimum ACT score and the coursework requirement: 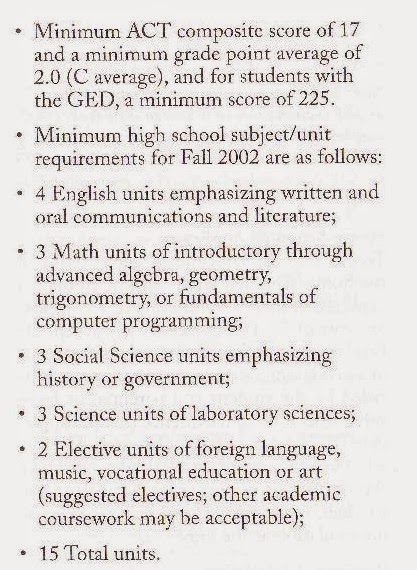 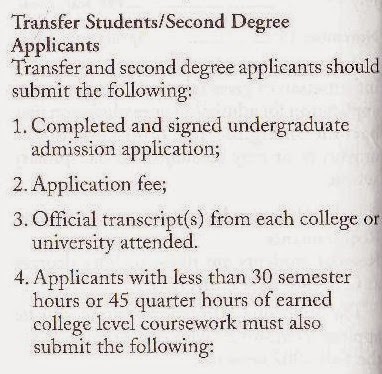 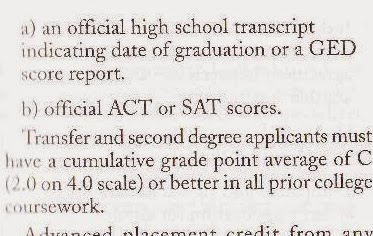 Here are the admission requirements from the 2010-12 undergraduate catalog. You’ll note that there is a combination of ACT/GPA for admission and that the minimum ACT score has dropped to 16. There is still required course work for incoming freshman. Transfer students can no longer transfer a grade of “D.”: 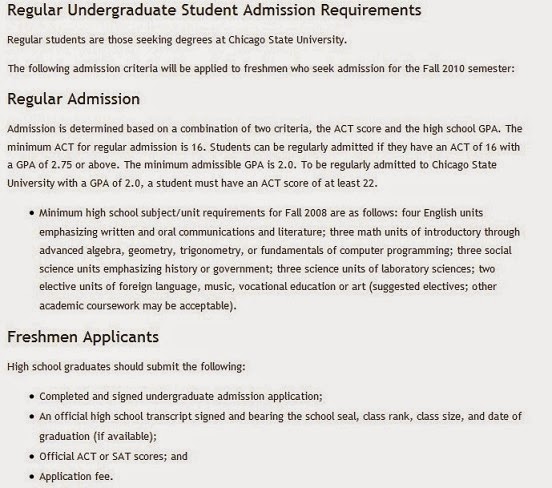 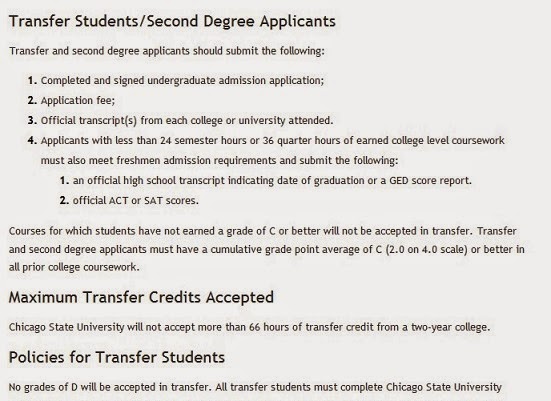 Here are the admission requirements from the current 2014-16 undergraduate catalog. You’ll note that there is now no minimum ACT requirement and the coursework requirement has vanished: 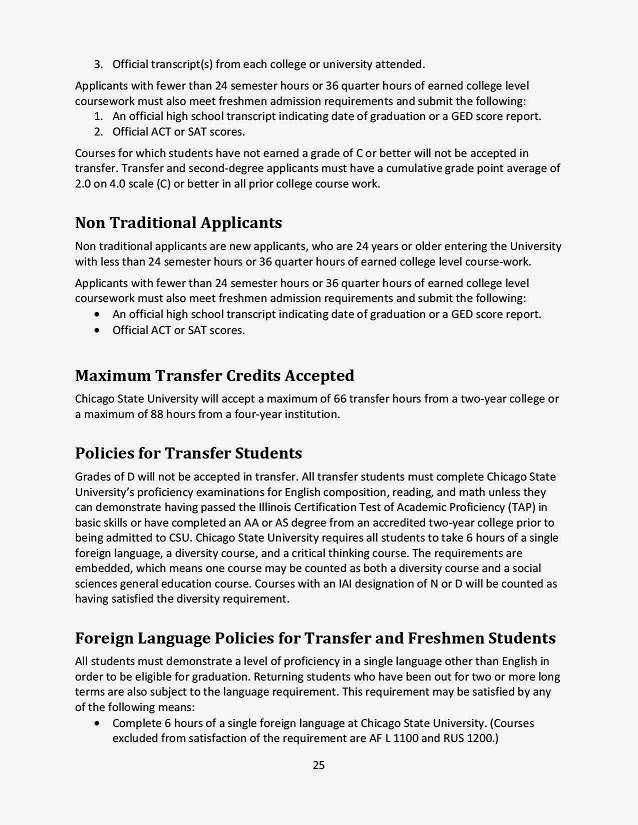 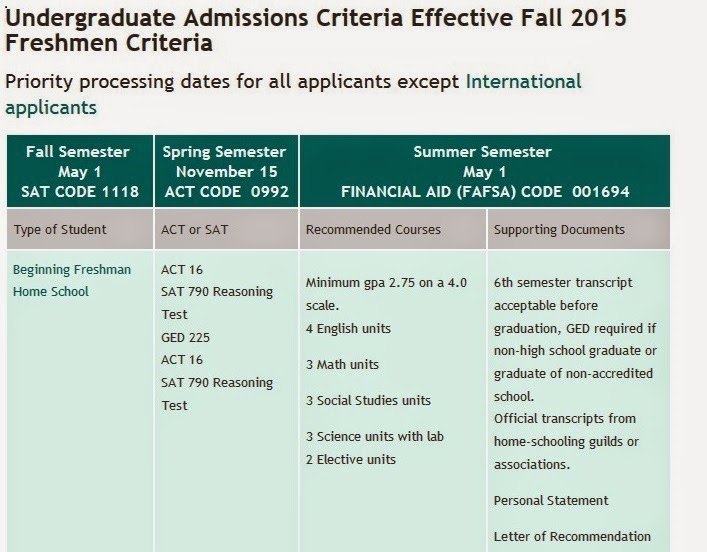 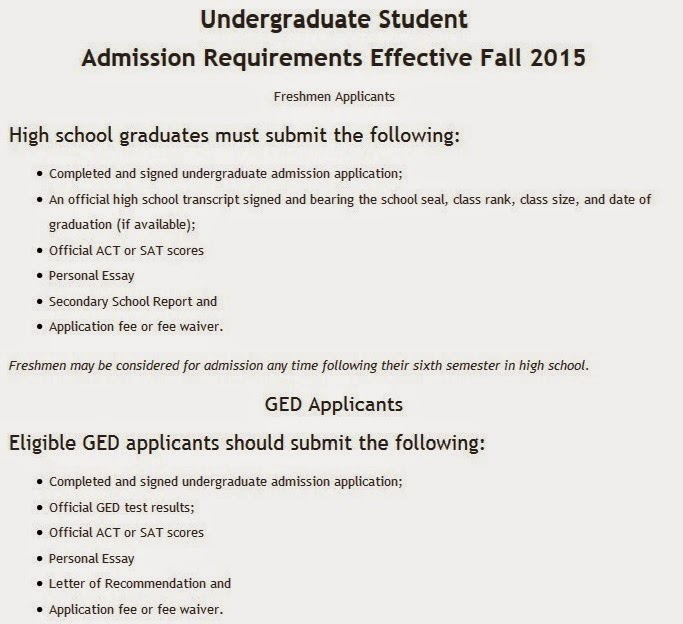 To summarize, in 2002, the university required an ACT of at least 17 in addition to a list of mandated high school courses for incoming freshmen. Transfer students had to have a 2.0 GPA and anyone with 30 or fewer semester hours had to supply ACT or SAT scores. By Fall 2010, the university had dropped the minimum ACT score to 16, retained the required high school course work for incoming freshmen and allowed no “D” course work to be transferred. For 2014, the catalog indicated no minimum ACT requirements and had eliminated the mandatory high school course work. The prohibition against the transfer of “D” grades remained. For Fall 2015, the minimum ACT of 16 has been resurrected and the mandatory course work will become “recommended.” The university continues not to accept grades of “D” in transfer credits.

Given the history of admission requirements at Chicago State, it seems clear that the Watson administration has reduced the minimum ACT score, eliminated the required course work for incoming freshmen, while eliminating grades of “D” from acceptance as transfer credit (I am not aware of any program that accepted grades of “D” in their majors, so these grades are in general education courses). On balance, it seems like the Watson administration has reduced admission standards at Chicago State.

If, as Watson claims, more rigorous standards might be expected to “have an effect upon the number of students you get in,” then the opposite should be true: less rigorous standards should result in higher enrollment numbers. A considerable body of data exists to enable us to test that hypothesis. We already know about the enrollment declines, 22.6 percent from 2010 to 2013. In addition, during the Watson presidency, freshman admits declined 49.7 percent, from 544 in 2010 to 276 in 2013; transfer admits declined 16.4 percent, from 640 in 2010 to 535 in 2013; transfers from community colleges mirrored the overall transfer admit decline of 16.4 percent, from 396 in 2010 to 331 in 2013; city college transfers also dropped by 14.2 percent, from 253 in 2010 to 217 in 2013. Dismal statistics—each and every one—that offer evidence of a university in deep trouble.

There are two other measures of interest relative to Watson’s claims of “raising standards,” and his assertion that all the faculty are thrilled with the results of his efforts (since we had no idea of what we were doing until the great Wayne Watson arrived). Between Fall 1999 and Fall 2007, the average ACT score of Chicago State’s freshmen admits rose nearly every year, from a low of 17.6 in 1999 to 19.2 in 2007. Under Frank Pogue in 2008, it dropped slightly, to 19. Under Wayne Watson, the average ACT score began at 17.7 in 2009, dropped to 17.3 in 2010 and in 2012 and 2013 reached 18.5. So, the Watson administration raised the standards that it had reduced (prior to Watson, the last time the university’s ACT dropped below 18.5 was 2004). Thus, Watson credits himself with “raising standards” that, when measured in average ACT scores, he had been responsible for dropping below the lowest figure recorded since 1999. This does not seem to indicate more rigorous standards.

There is also the matter of retention rates under Watson. In the 12 years (from Fall 2001 through Fall 2012) the university has data for student retention, the yearly average has only dropped below 55 percent in four years, three of them under the Watson administration. The Watson administration also recorded the only sub-50 percent retention rate since 2001 (48.4 percent in Fall 2011). The most recent retention figures show a 54.7 percent rate, comparable to Watson’s overall retention rate of 54.6 percent (compared to 57.4 percent under Daniel and 57.7 percent under Pogue). While the Watson administration’s retention performance is not dissimilar to his predecessors, the dramatic reduction in the number of incoming freshmen reduces the actual number of students returned each year. For example, in 2010, 277 freshmen returned for their second year, in 2013, 144 returned, a decrease of 48 percent. None of these numbers augur well for the future health of the university under a Watson presidency.

These figures further demonstrate a fundamental truth of the Watson administration at Chicago State. Students do not come here and they do not stay here. All indications point to another dramatic decrease in our enrollment this fall. This is a fact that neither Watson’s fawning sycophancy toward the board nor his outright lies to that body can obscure.

Posted by Robert Bionaz at 9:04 AM