"And the World Turned Upside Down." CSU the Only University Where a Provost has More Job Security than Any Tenured Faculty Member

Step 1 in Breaking Tenure. Faculty Beware. Do you really think this could not happen to you?

Yesterday, Bob Bionaz, UPI President sent this message to the faculty. Read and think about this very carefully.

Colleagues:
Yesterday, the arbitrator handed down his opinion on the 2016 faculty layoffs and the University’s decision to not give separated faculty the one year’s terminal employment required by the contract. His decision seems inexplicable and represents an almost complete victory for the administration. The one section of the contract the arbitrator found the University had violated resulted in a perfunctory and meaningless “award” for the grievants.
The arbitrator decided that since the University’s fiscal position met the criteria for “extreme and immediate financial exigency” in February 2016, that no cash infusion occurring subsequent to that date mattered.  Here’s his exact language from the opinion:
“Its [the union’s] argument is based on the layoffs not being effective until August 15, 2016, that the layoff decisions were not truly made until the end of June, and that there was no ‘extreme and immediate financial exigency’ at that time. The Arbitrator concludes otherwise. The decision to lay off employees was made in February 2016. Therefore, the Arbitrator concludes that is the time frame to determine whether there was an ‘extreme and immediate financial exigency’ based on the contract language.”
He wrote further:
“The Arbitrator concluded that the financial issues the University faced in February 2016 met the ‘extreme and immediate financial exigency’ condition and Section 24.5 was not violated.”
So, as far as the arbitrator was concerned, time stopped in February 2016. Based on this logic, had the University received after February 2016 a full state appropriation for fiscal 2016 and 2017, it still would have been in “extreme and immediate financial exigency” for the purposes of faculty and staff layoffs, and for the notice language in article 24.5. In order to reach this conclusion, he had to ignore voluminous evidence which demonstrated that the University’s fiscal position had improved dramatically in April and June 2016. He also ignored the University’s outlay of nearly $4 million in severance for fired administrators along with payroll expenses for newly hired employees, almost all of them administrative employees. Finally, he ignored the fact that the Board, with nothing at all changed since June 2016, ended the University’s “financial exigency” in December 2016.
In a remarkable passage, the arbitrator noted the school’s “ghost town” appearance. I’m not sure what part that may have played in his ultimate decision, but it certainly has no place in an analysis of contract language. He commented that:
“It should be noted that the hearings in this matter were scheduled in May and August 2107, that is, during the Summer semester and the Arbitrator noticed few students around campus.”
The arbitrator’s decision on retroactive compensation for laid off faculty members includes logical inconsistencies and gratuitous editorial comment. Once he decided that the University had violated article 24.5, no further commentary on article 24.5 seems necessary. After all, if the University did not violate article 24.5, it could rightly deny laid off faculty members a terminal year of employment. However, the arbitrator wrote this, along the way finding that the University had violated a fairly insignificant section of the contract:
“The Employer did not violate Article 24 when it laid off the Grievants1 in February
2016. However, the Employer violated Section 24.4 by not making an effort to locate
other equivalent employment in that it did not consider the possibility of assignments
with duties in more than one unit, transfer to another unit or position pursuant to Article
25, or retraining pursuant to Article 27.”
He then editorializes that:
“Given the overall situation the Employer faced in2016, it is difficult to determine the likelihood that other equivalent employment would have been found for the Grievants. On this record, the Arbitrator concludes it was unlikely.”
The arbitrator then finds that the lack of equivalent employment justifies his denial of any compensation for the grievants.
“As such, the Arbitrator will not order retroactive relief for the Grievants. Rather, he will order prospective relief.”
He concludes the massacre by intoning:
“Prior to the beginning of the Spring 2018 semester, the Employer is ordered to make a reasonable effort to locate other equivalent employment pursuant to Section 24.4.”
So, the grievants are not entitled to any compensation because the University had no equivalent employment? If the University had equivalent employment and had made an effort to locate it, they would have not been laid off, making the entire discussion moot. There is no contractual connection whatsoever between “equivalent employment” and the denial of a terminal contract, the arbitrator simply inserted it into his opinion.
Finally, his “award” looks cynical to me. Really, ordering the University to make a “reasonable effort” to find other employment for the grievants? I wonder what the arbitrator thinks a “reasonable effort” looks like? This is a meaningless order.
The University spent around $200,000 to prevail in its effort to deny laid off faculty members any compensation for the loss of their jobs and the destruction of their careers. While it did that, Chicago State continued to lavish money on administrative employees and legal firms. The University’s actions make clear where the school’s faculty stand in the grand scheme of things.
Of course, I find this decision infuriating and completely unfair. However, the important persons in this fiasco are our laid off colleagues, some of them still working as non-tenured Lecturers. To them, I can only apologize for the ordeal they continue to endure.
I think the implications of this decision are profound. As far as this arbitrator is concerned, the University’s discretionary power is almost absolute. It puts everyone on this campus at risk. That is, everyone except the highly placed cronies still blighting the University.
Posted by Corday at 12:27 AM 2 comments: 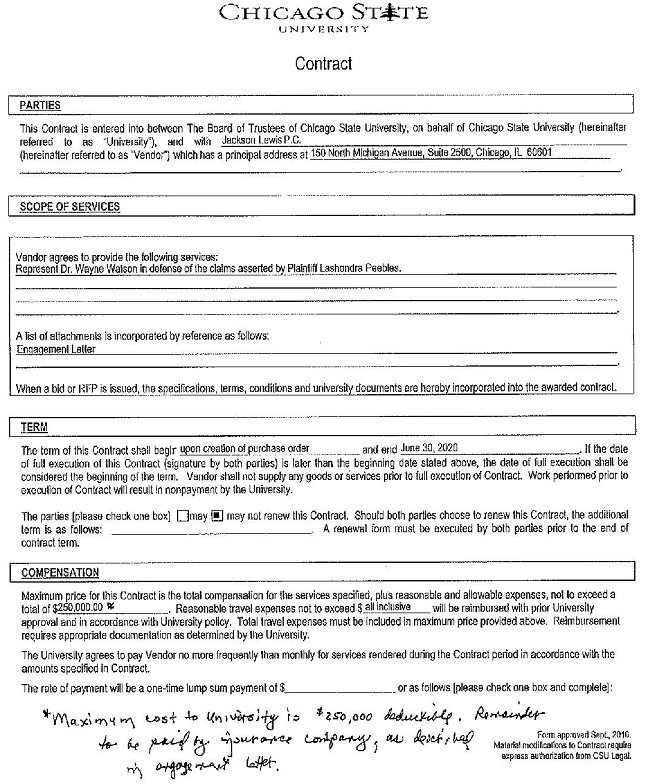 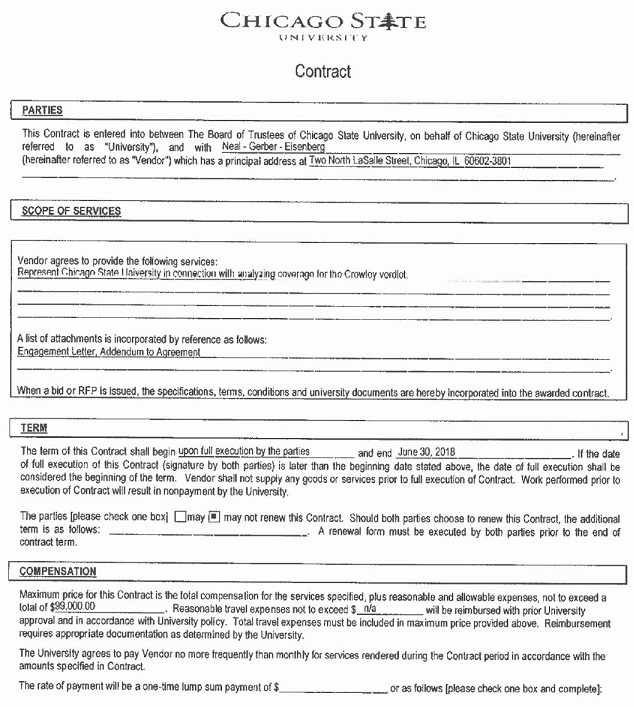