Rule 1. Don't let your commitment to cronyism waver in academic situations.
Rule 2. Don't limit your patronage activities to simple bread-and-butter issues.
Rule 3. Make sure that your friends obtain the degree necessary to provide cover for their outrageous promotions.
Rule 4. Don't be satisfied to pollute just your own institution when you can tarnish the reputation of another school.


By now, most of us know some of the things Wayne Watson’s administration stands for: crony hiring, retentions and promotions, interference in matters that should be the province of faculty and turning a blind eye to lies by high-ranking administrators with personal ties to him or his friends. He likes to style himself an “educator,” a meaningless term when applied to someone with his meager teaching credentials. His admirers are always careful to refer to him as “Dr. Watson,” a title he earned in 1972. Since then his non-existent scholarly production has made a mockery of the “privileges and responsibilities” of the degree. His contempt for academics seeps through in various ways, most recently in the appointment of a completely unqualified interim Provost.

Angela Henderson recently completed her Ph.D. at the University of Illinois Chicago. A brief glance at her dissertation reveals a couple of interesting things: first, in what can only be classified as a stunning example of cronyism, Wayne Watson, who clearly desired to promote Henderson to her current position, and who was represented in March 2013 by Henderson's husband, sat on her dissertation committee. Certainly, Henderson stood to benefit materially from Wayne Watson's presence as one of her examiners. Second, one portion of her dissertation proves that information she provided on official documents when she was hired in 2011 was a bald-faced lie.

In part, a university provost is expected to advocate for faculty. That may sometimes result in the provost disagreeing or opposing the university president. Since Wayne Watson’s voice comes out of Henderson every time she speaks, is that the case here? In fact, Henderson idolizes Watson, as her dissertation acknowledgments clearly demonstrate.

Here is the composition of her committee: 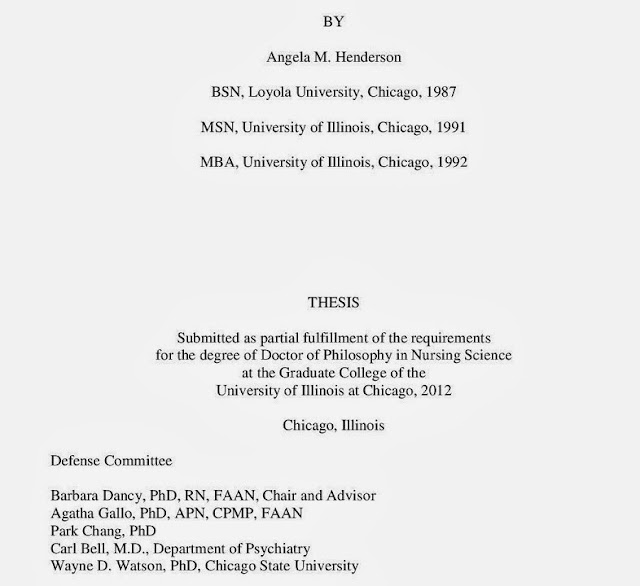 Here is Henderson's acknowledgement of Watson's presence on her committee. The word hyperbole hardly does this groveling, adulatory encomium justice:

Now, let us take a look at the lie Henderson told on both her resume and application in 2011. On November 6, 2013, in my discussion of her application and resume I described her claim that she would receive her PhD in June 2011 as "apparently untruthful, and at best misleading." Here are her documents. The application submitted March 18, 2011: 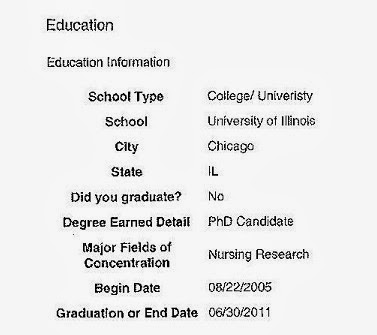 I can now say with assurance that she knew for certain that these claims were false when she submitted the application and resume. For her project, she had to receive IRB approval before beginning her research. That did not come until February 13, 2012. Here is the form from her dissertation: 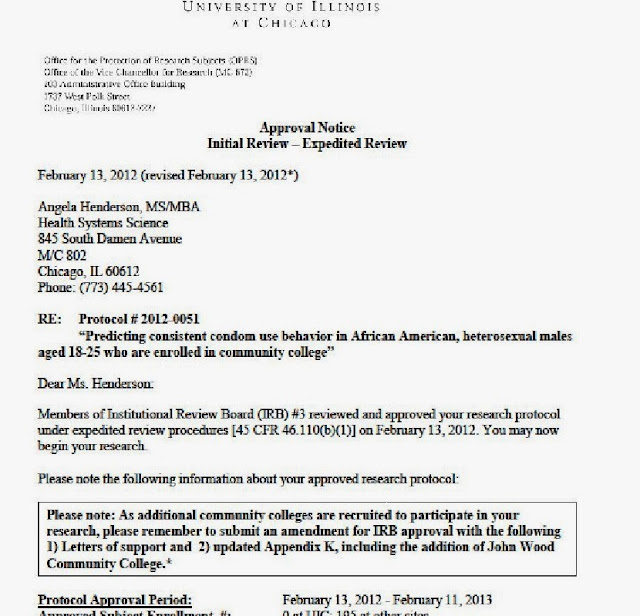 As you can see from the IRB form, Henderson could not begin her research until February 13, 2012. In the coming days, I look forward to reading the rest of Henderson's dissertation.

Posted by Robert Bionaz at 2:54 PM