Rauner Makes Everyone Pay for the Excesses of a Few: Who is Really Responsible For the Kinds of Abuses He Describes?

Those of you who have been following the recent reports on Chicago State’s fiscal woes may have noticed a reference to a recent memo written by Rauner asking what state universities plan to do to cut “waste.” Here is a copy of that memorandum. I have no idea if any of the figures Rauner cites are accurate, but as far as I know, no one at Chicago State has access to a private jet. As for the other accusations, you can decide for yourself to which schools he refers. Of course, if he’s serious about addressing some of these issues, destroying the state’s system of public education seems a somewhat extreme response. After all, the vast majority of faculty, staff and students, for their employment or attendance at the various state schools, will not receive “car and driver services, memberships to multiple country clubs,” or “lavish golden parachutes,” like the “$480,418 in severance after just seven months on the job,” UIUC “gave fired University President Timothy Flanagan,” or the “$400,000” in severance pay UIUC “attempted to pay fired Chancellor Phyllis Wise.” Additionally, the vast majority of faculty, staff and students at the Illinois public universities have no hand in procurement or salary “waste,” or hiring and promotions based on “cronyism.” We have received neither “31.1 percent” salary increases in any seven-year period, nor “627,000” for our lobbying efforts. Nonetheless, we will pay the price for the political posturing of our Governor and legislators.

Just who is responsible for the kinds of abuses Rauner cites? Who hires university presidents? Is it Boards of Trustees who are recommended by legislators and appointed by the Governor? Using our own little university as an example, remember back in March 2013 when we had the opportunity to rid ourselves of our president and his crony-infested administration? Who was that who rode to his rescue by staging a circus at two separate Board meetings? Were there well-known political figures involved in the effort to retain our execrable president? Was it not the Governor of Illinois who failed to re-appoint Board members who favored our former president's removal and replaced them with Watson supporters? Exactly how much of a voice do university faculty, staff and students have in these matters? Of course in this twisted state political system, it makes perfect sense to hold the "little people" accountable for the misdeeds of the powerful.

I had more to say on this topic but it’s time for me to get on Chicago State's private jet and fly to the Bahamas for a nice junket on the taxpayers. 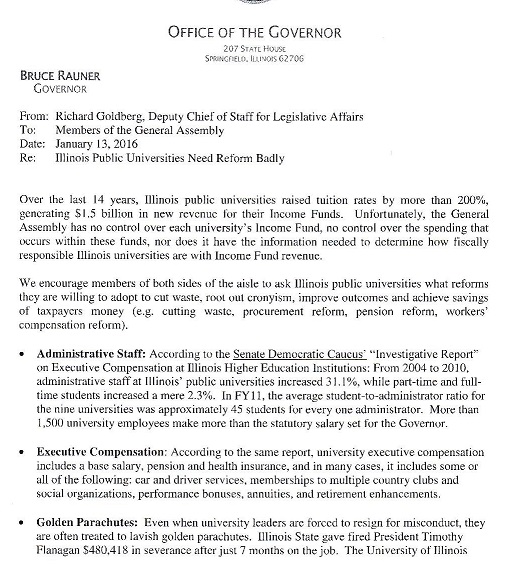 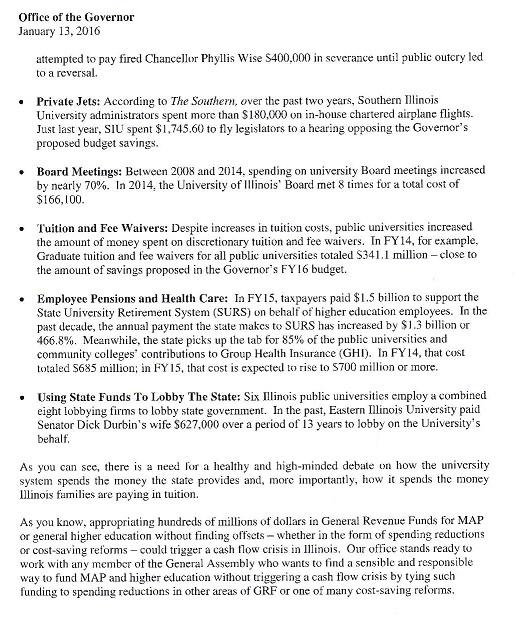 Posted by Robert Bionaz at 1:18 PM