Below is a press release from Rima Kapitan, attorney for Willie Preston and Brittany Bailey. This press release refers to an audio recording in Kapitan's possession which includes nearly an hour-long conversation between Wayne Watson and then Chicago State undergraduate student Jokari Miller.

In addition to the passages about Willie Preston noted in the press release, the conversation features a foul-mouthed Watson threatening Miller physically, calling him a "punk" and continuously reminding Miller that he (Watson) is talking to Miller as a "black man," not as the university president.

It seems difficult to imagine a discussion like this taking place between any other university president in the United States and an undergraduate student. 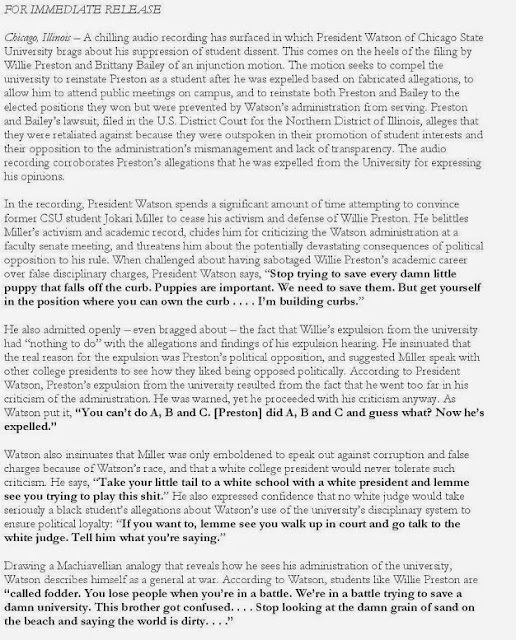 Posted by Robert Bionaz at 6:58 PM