WHAT'S A GIRL TO DO? When CSU's administration asked her to withhold information from the Board of Trustees, backdate contracts, perjure herself and make false accusations against the President's faculty enemy, one Administrator said "no" and was fired. CSU and the Board have another lawsuit for retaliatory termination.

Last week, LaShondra Peebles, formerly of CSU's Enrollment Management (2012-2014) filed suit against the University for retailiatory discharge (violation of Illinois State Officials and Employees Act 5ILCS 430/15-5). Many already know about the lawsuit and have read the document outlining the case. I confess that I was absolutely sickened by its allegations. This is what our upper administration does--cover-up, coerce, skirt the edges of criminal activity?

Dr. Watson and the Board of Trustees are named in this lawsuit as defendants, but CSU Officers: Bernetta Bush (the university Ethics Officer) and Angela Henderson (Int. VP and Int. Provost), as well as CSU Management: lawyer Patrick Cage and Renee Mitchell Director of Human Resources are cited in the document as "at all times relevant to this Complaint."  The allegations about the role Bernetta Bush, a lawyer and an ex-judge, plays in Watson's administration, are particularly troubling.

In the suit, Ms. Peebles alleges:
1. Coercion to withhold information and mislead the Board of Trustees about CSU's provisional status and restrictions on renewal of our Dept. of Ed. participation agreement to receive federal financial aid for students in summer and Fall of 2013. Dr Watson is alleged to have advised "that it was not a good idea to share the information with the Board at that time and the Board was not going to be advised of CSU's provisional status" (art. 26 below). In case your memory is hazy, this was going on at the time of Dr Watson's great victory over the Rozier Board of Trustees who dared to try to exercise their right as overseers of the university and evict him from the presidency. This occurred in the Fall of 2013 when Quinn's new board members--headed by Anthony Young-- were granting Dr. Watson an extension on his contract and fawning praise over his "vision."

2. Coercion to backdate a contract for the Sodexo Corporation who did approximately $1 million of work for the university without a contract. [Note to self: wasn't there a question about this sort of thing on the last ILL State Ethics Exam?]

3.  Coercion on at least five different occasions for LaShondra Peebles (and on at least one occasion for an employee under Peebles) to file false allegations of sexual harassment against Dr. Phillip Beverly. We learn from this document that President Watson wanted to be informed of any conversation any of his administrators had with Phillip Beverly; we learn of strategy sessions about how to shut down the faculty blog. How much time and energy have they actually spent obsessing on this and on what to do with Phillip Beverly?  By this account Dr Beverly appears to be  Dr Watson's white whale--(apologies to Herman Melville).

So read through the details here for yourselves. For a dispassionate legal document it is positively lurid reading. Who exactly are these people? Have you ever met them in the academy that you know? Who do they think they are to get away with this stuff? What kind of institution is this?  Is this the Chicago State we want? 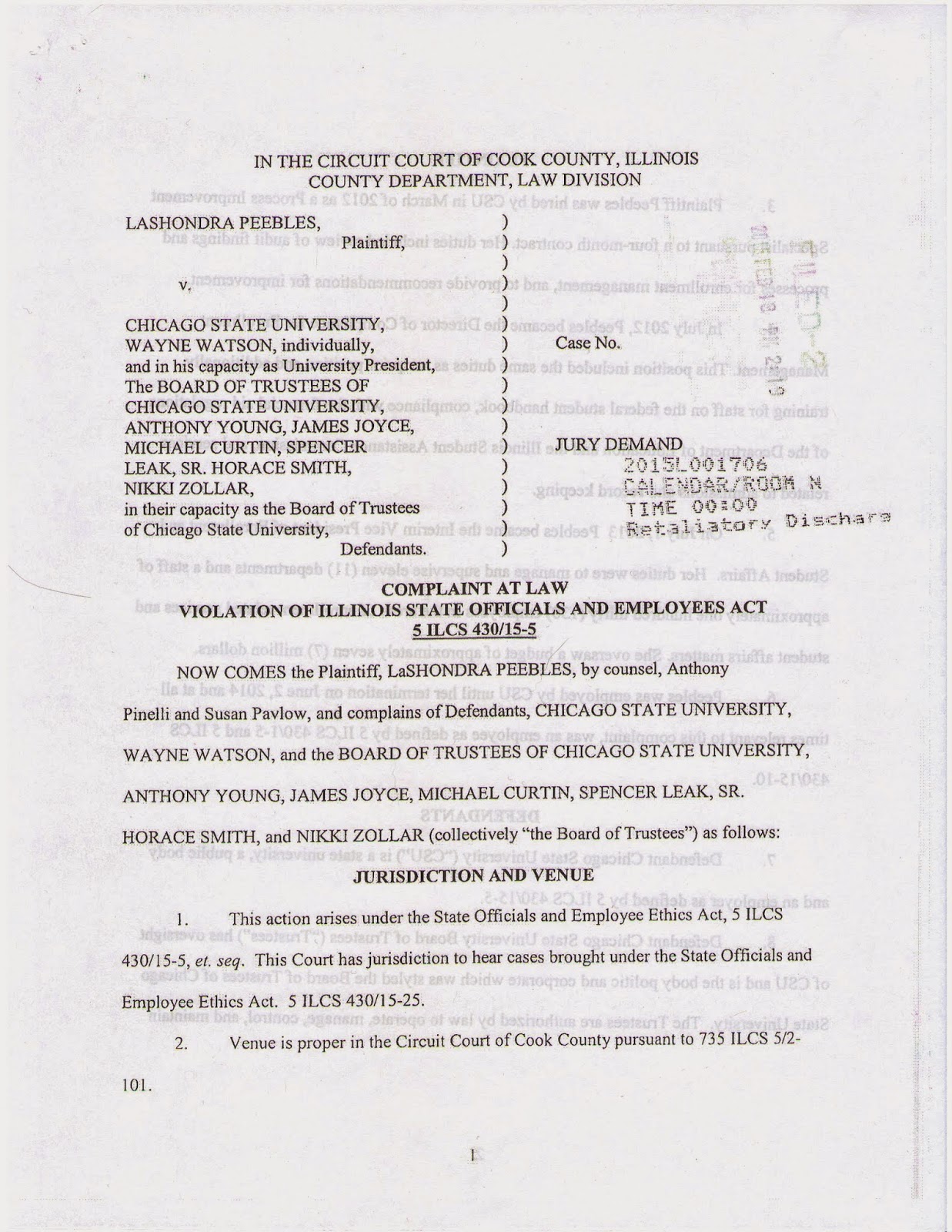 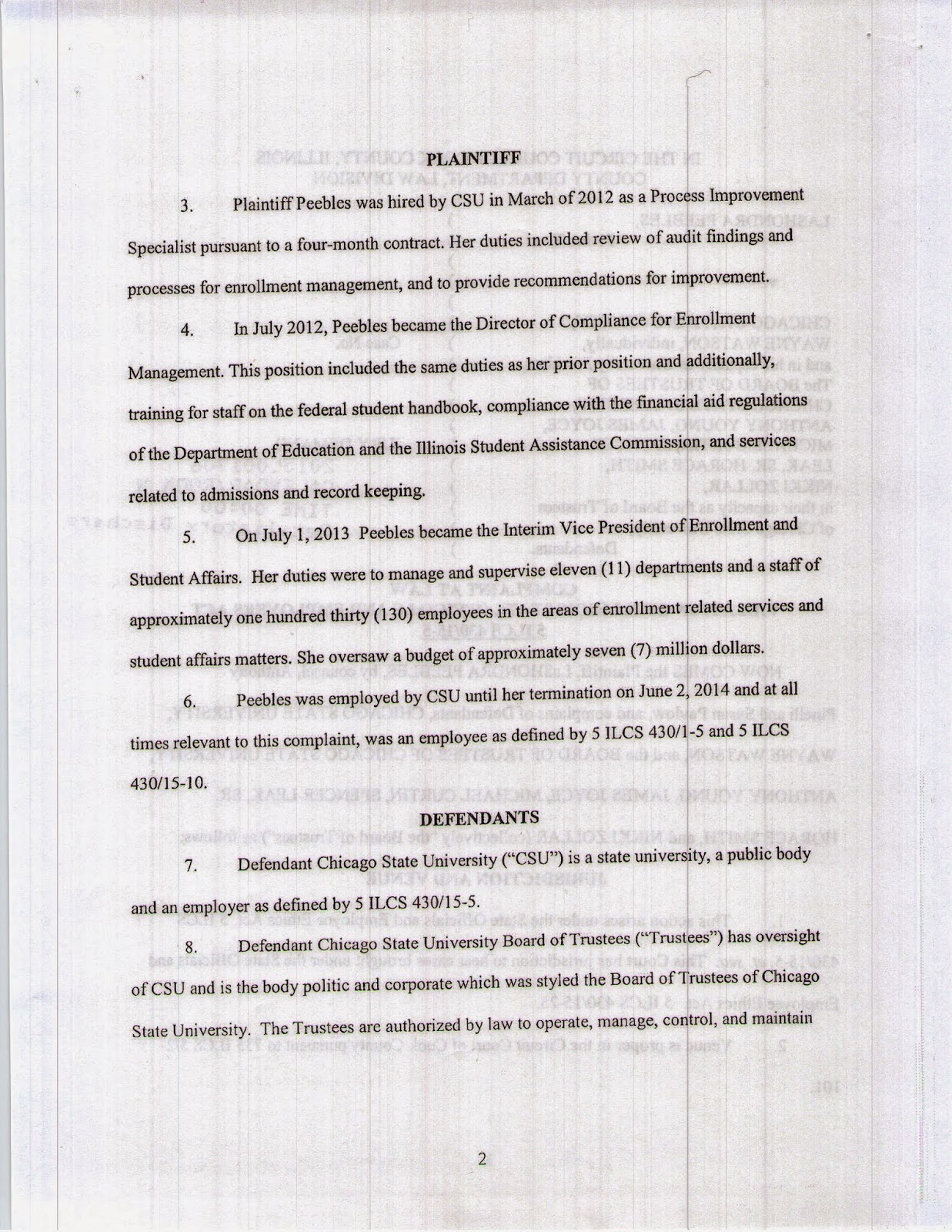 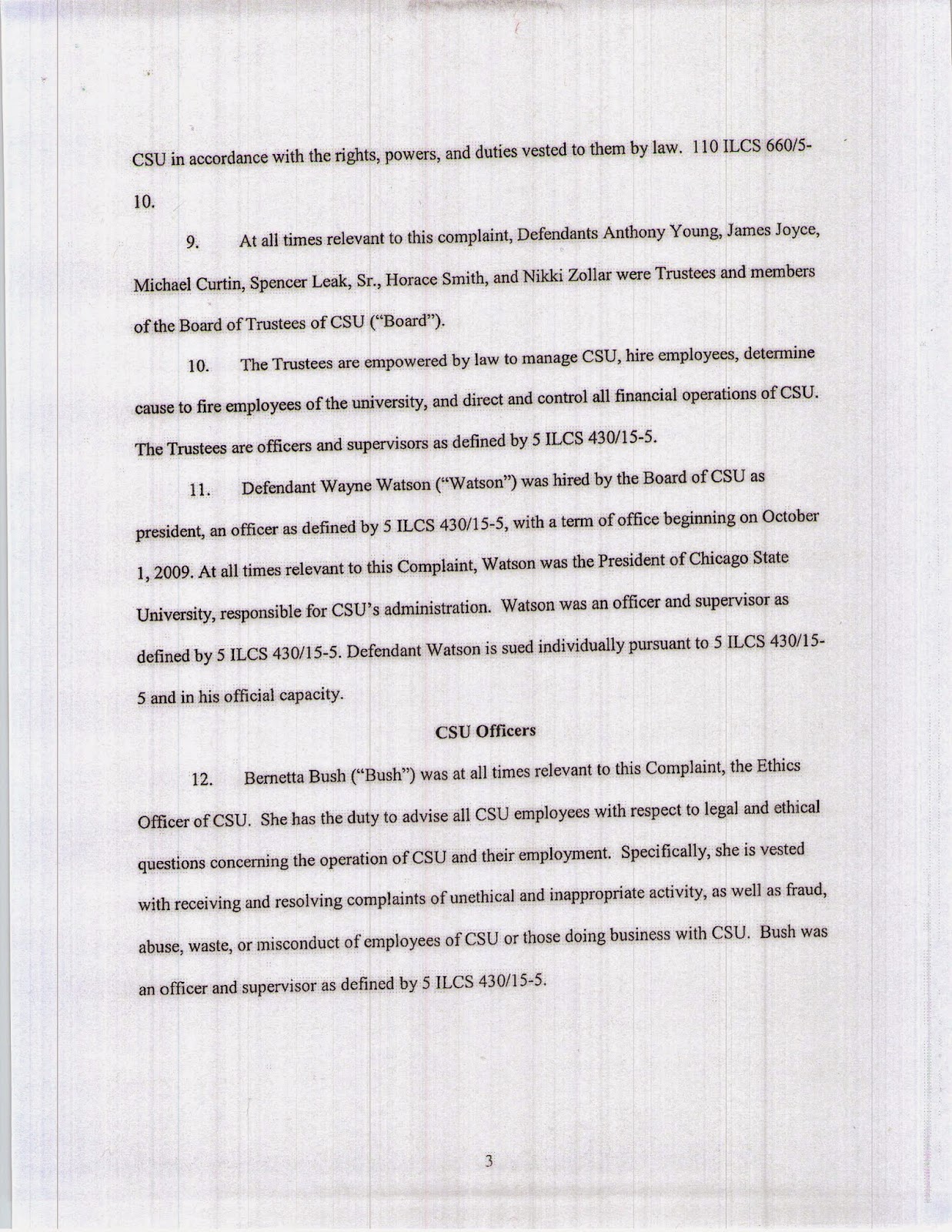 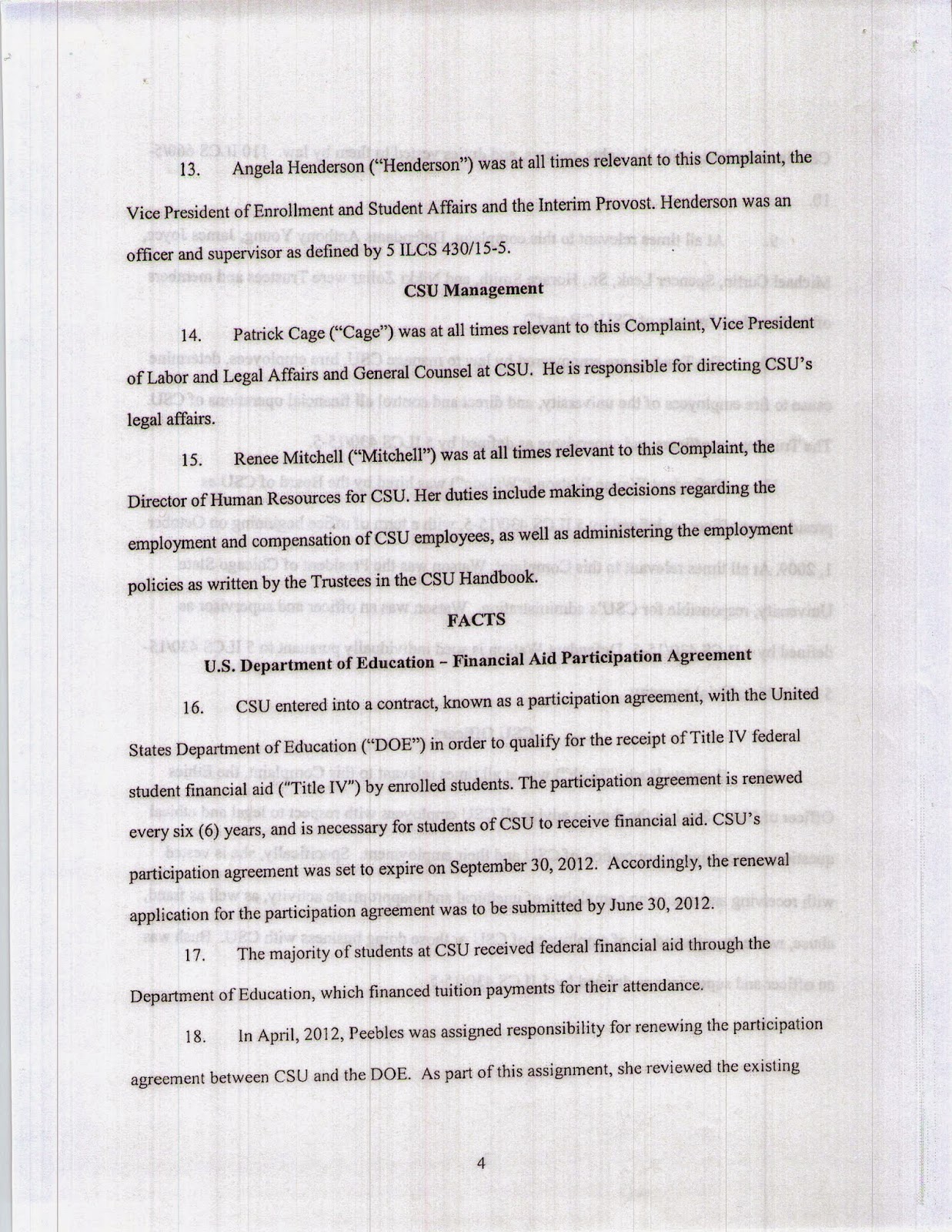 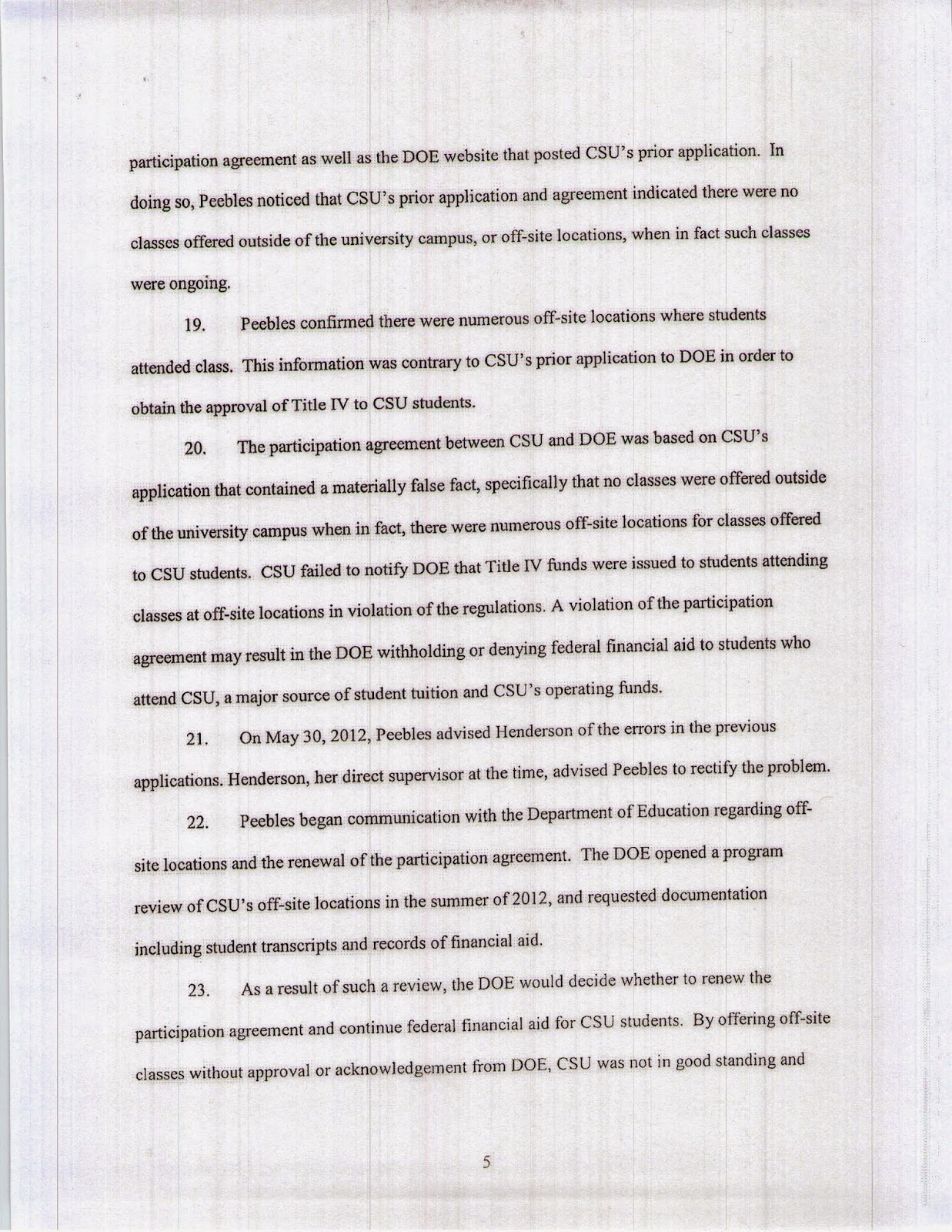 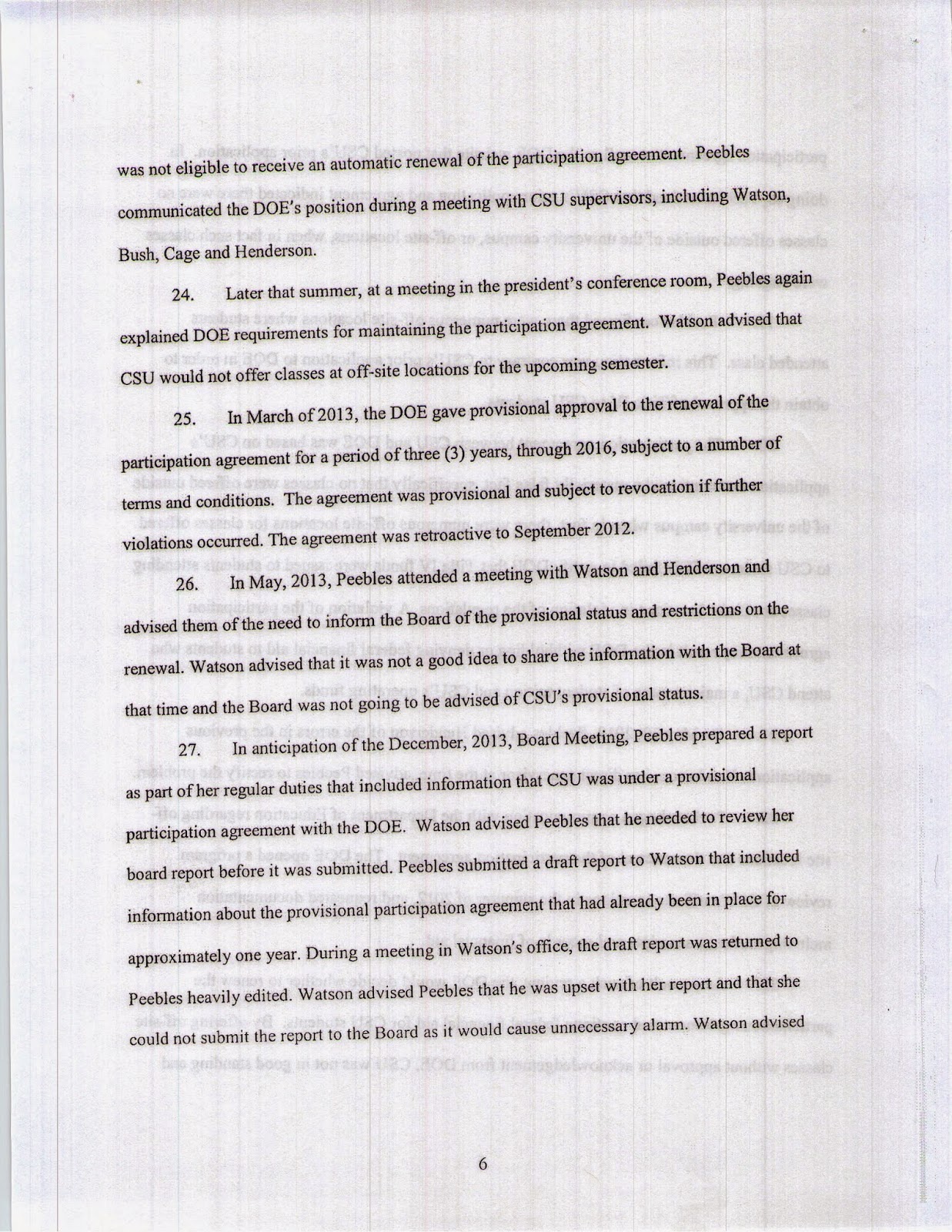 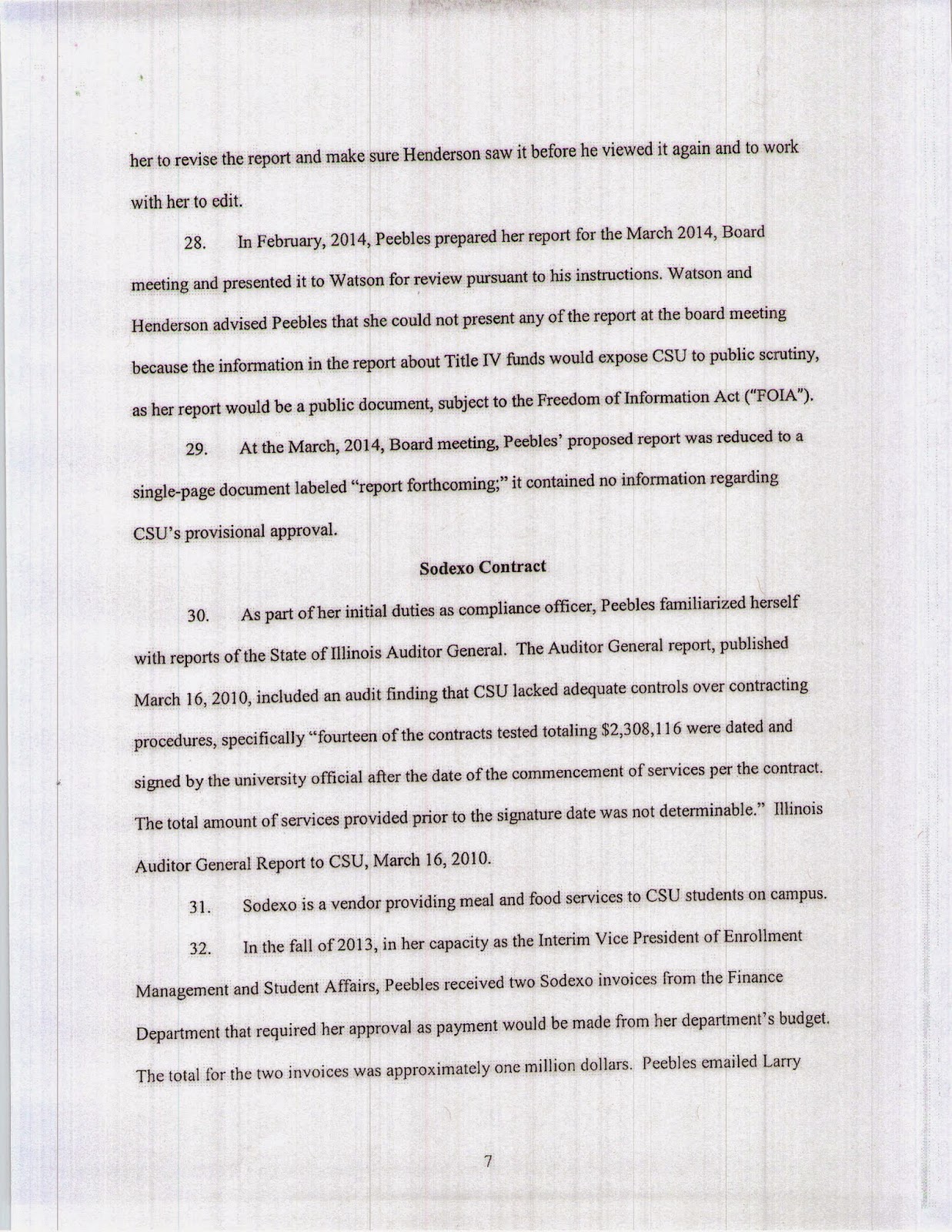 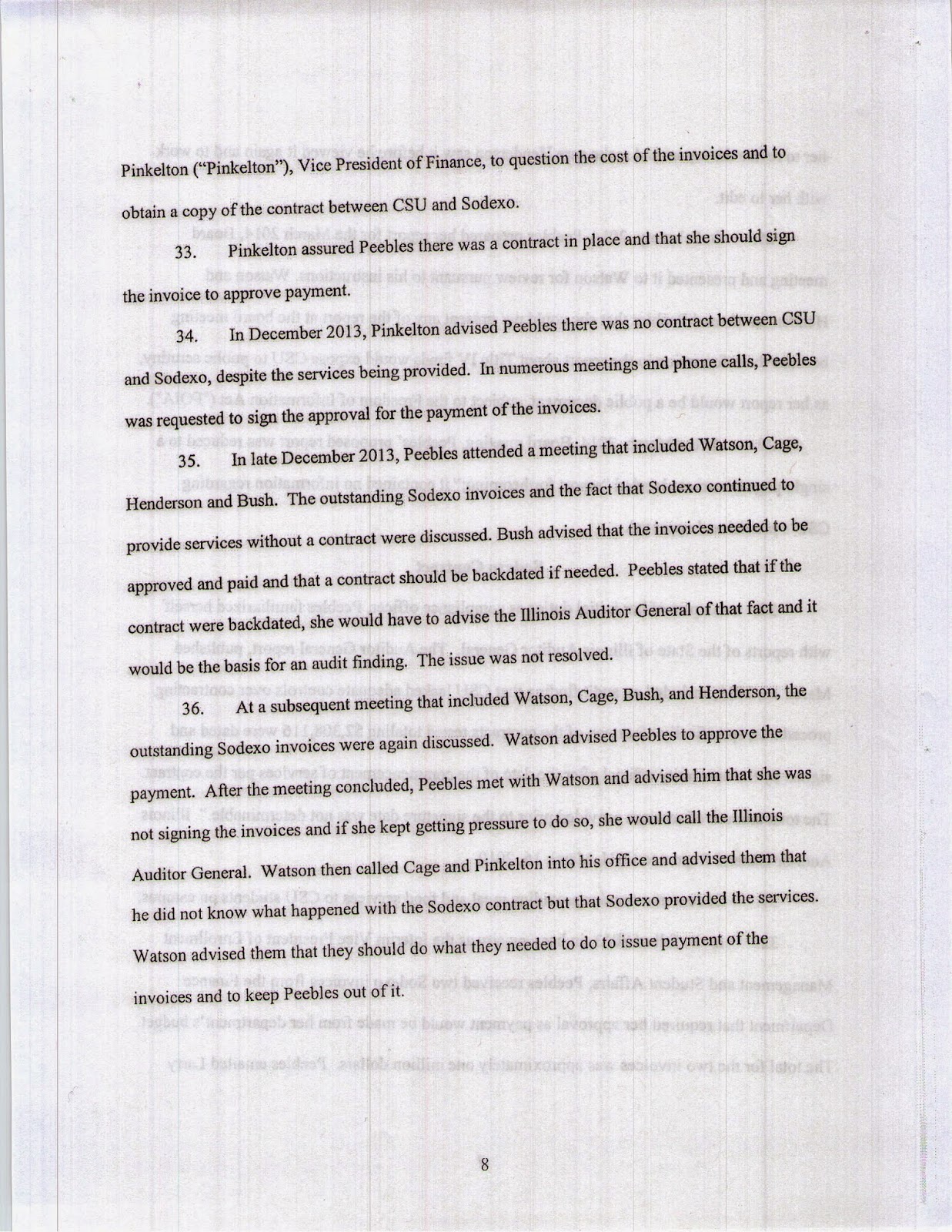 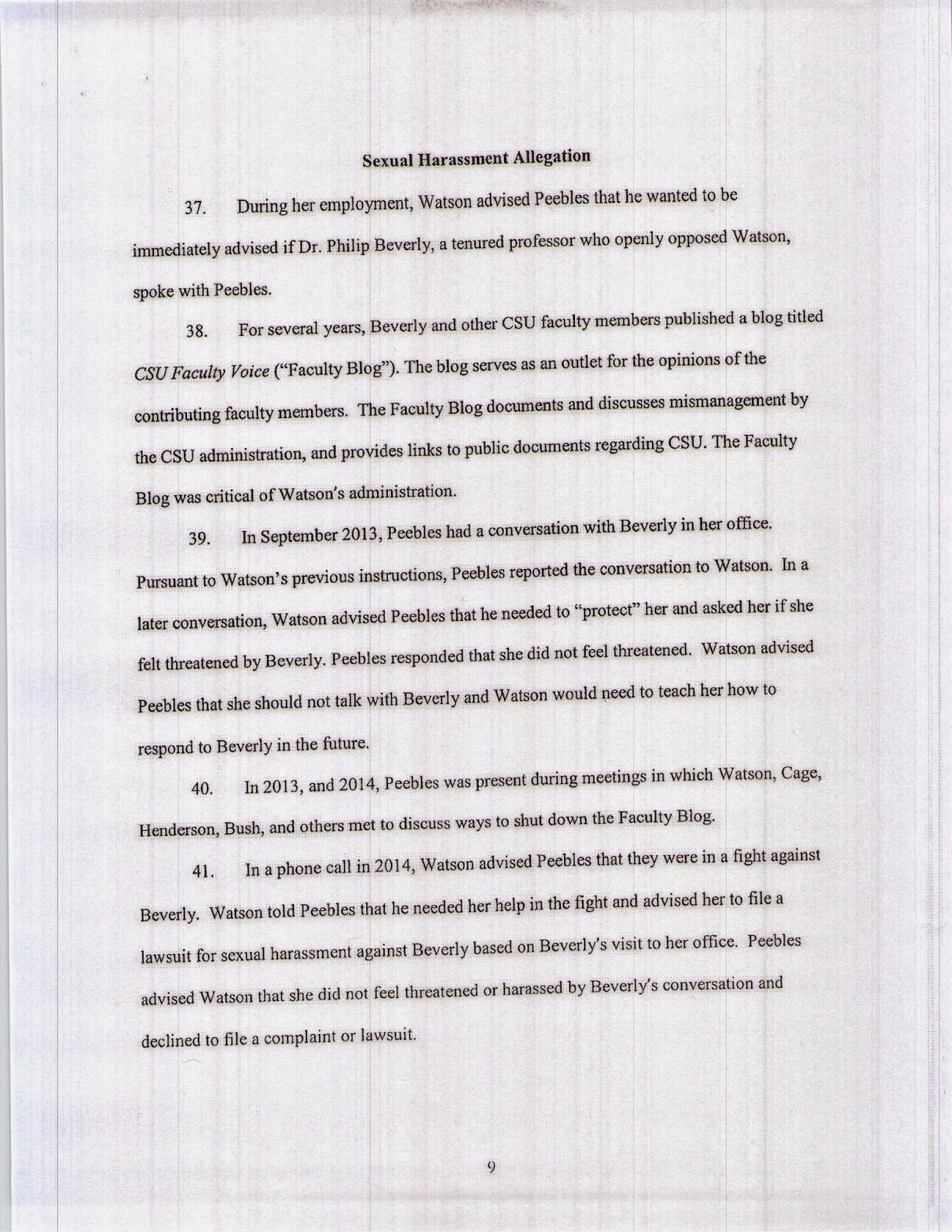 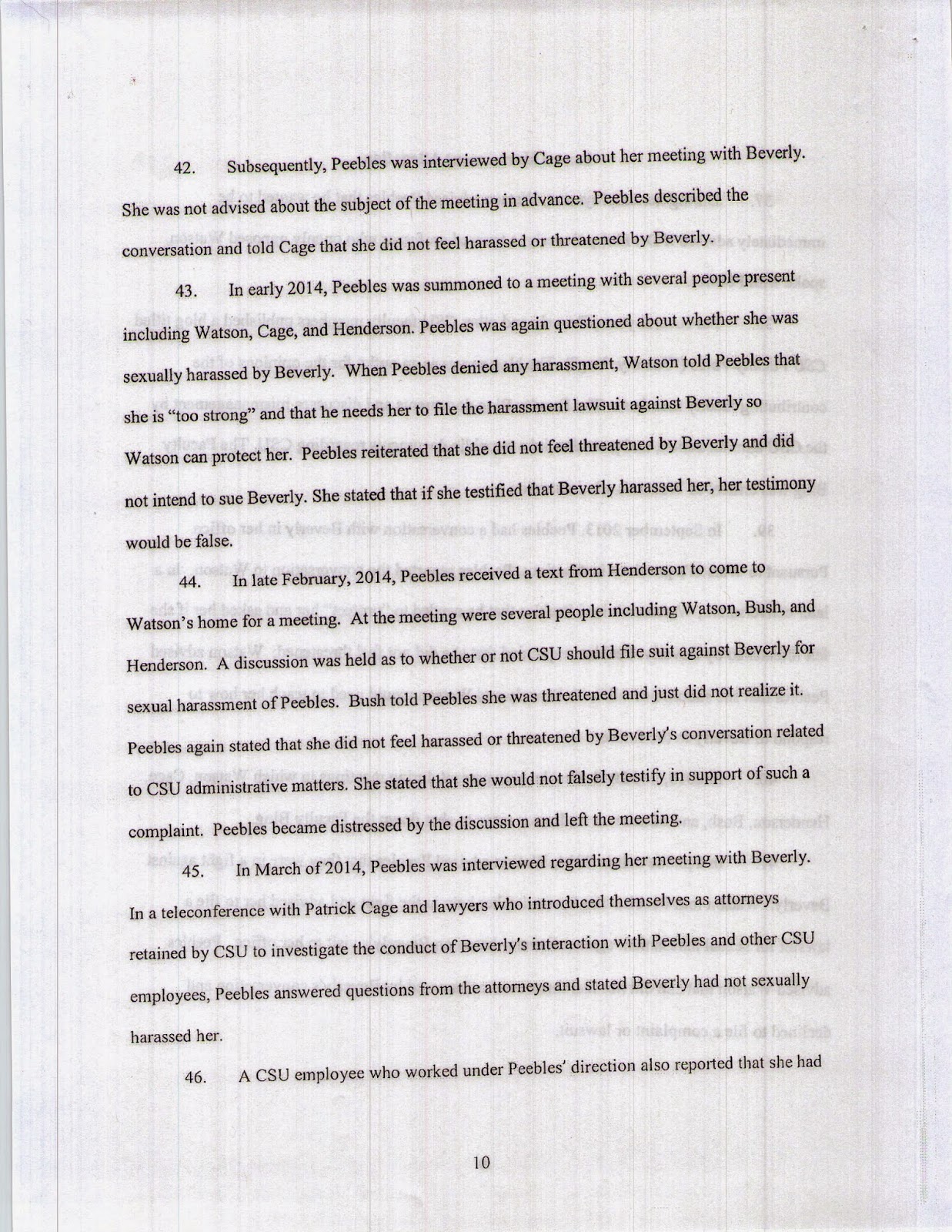 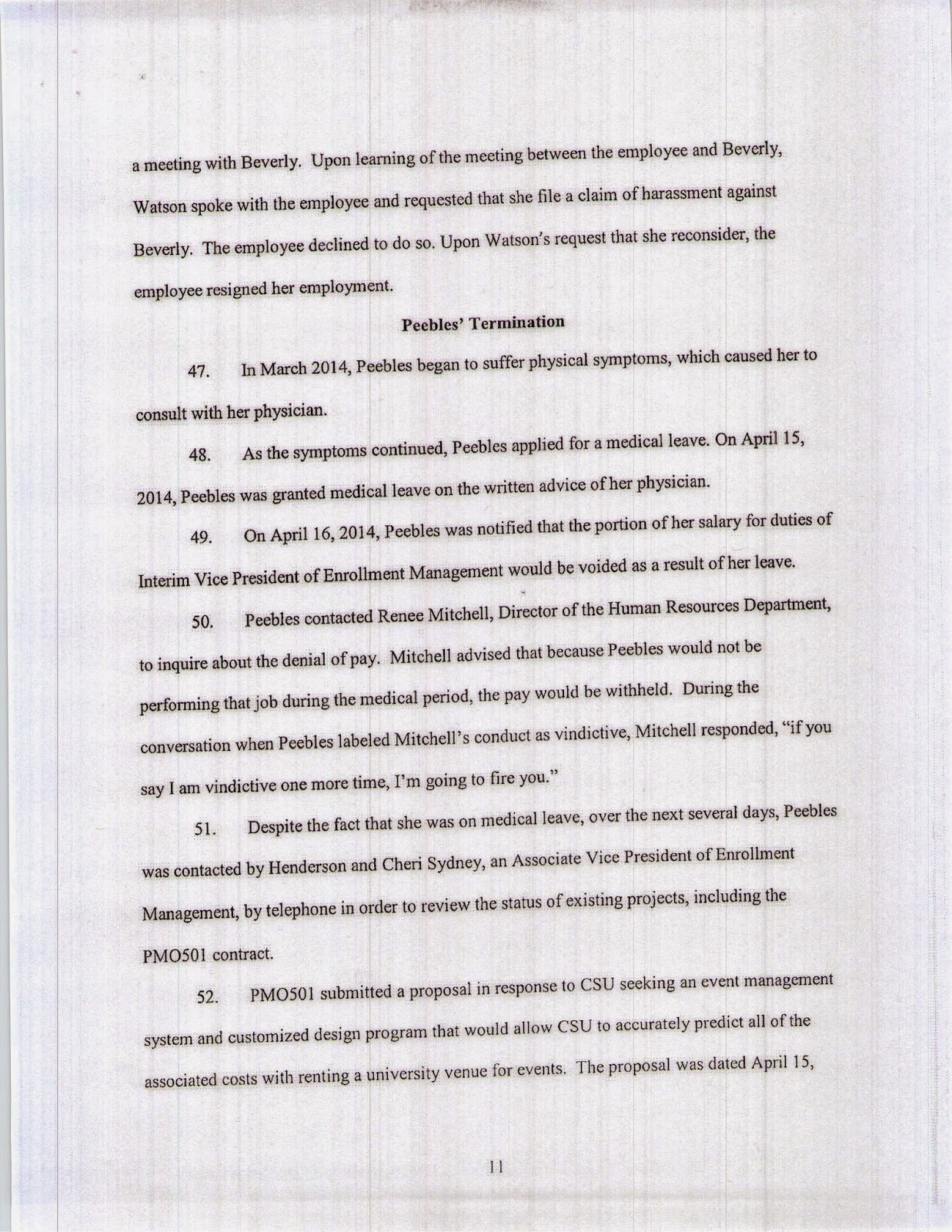 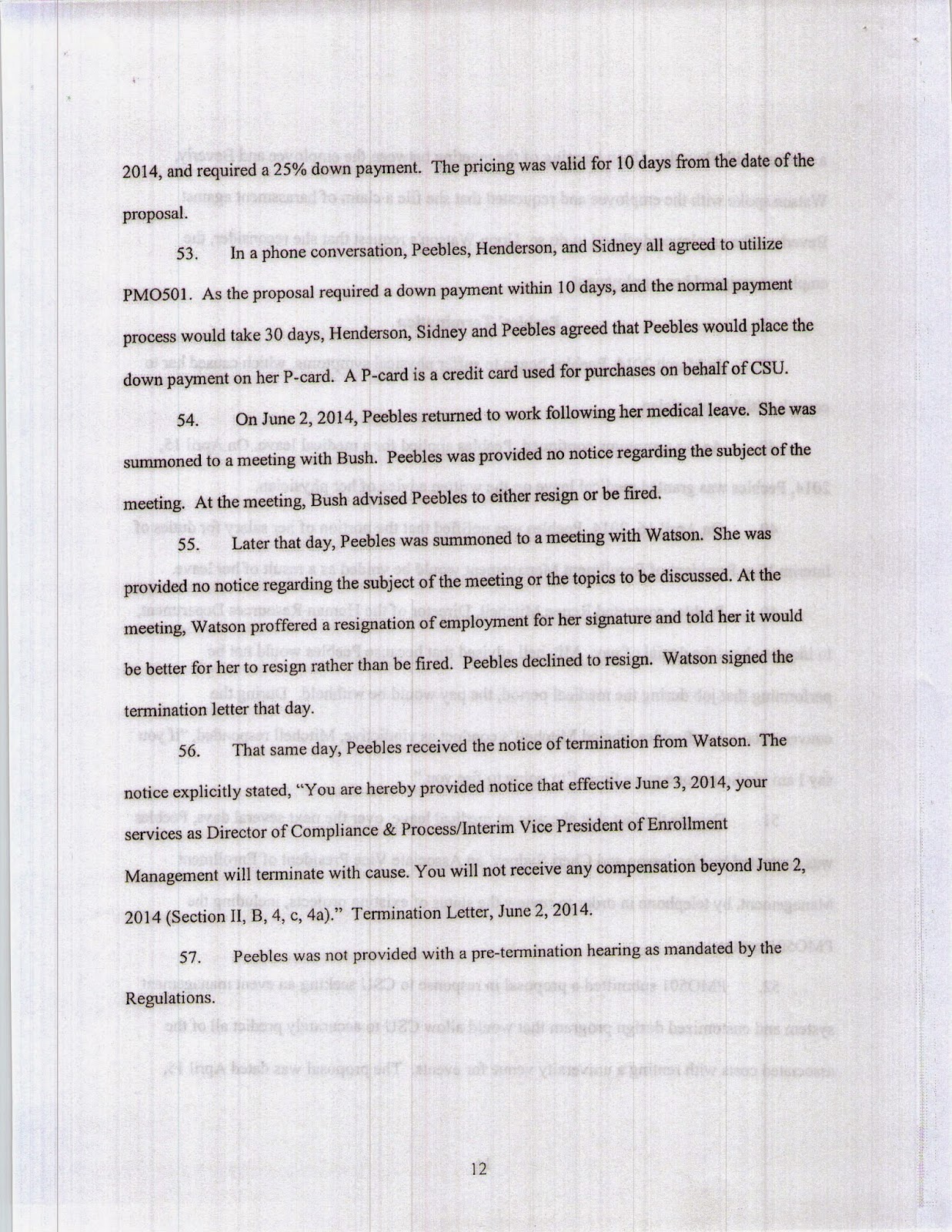 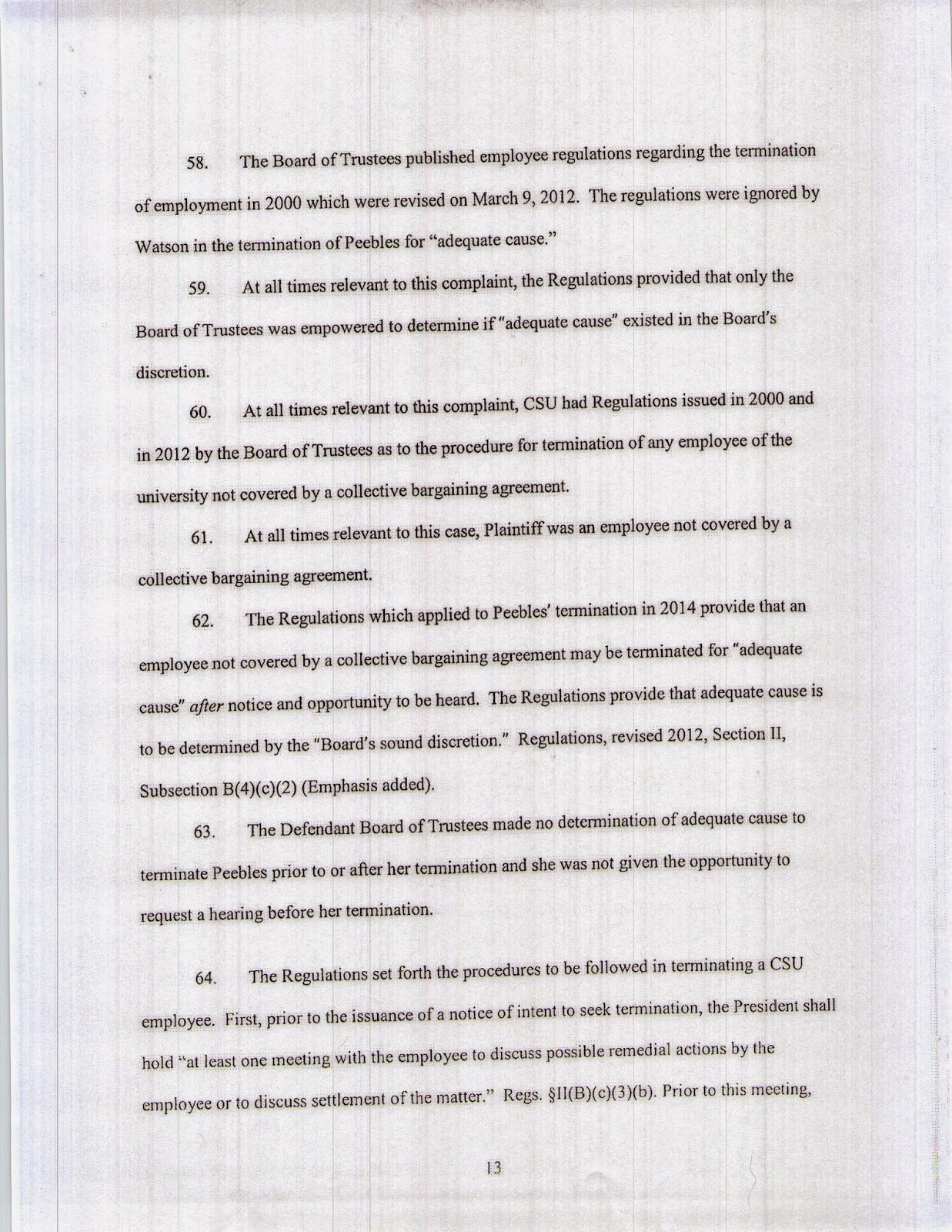 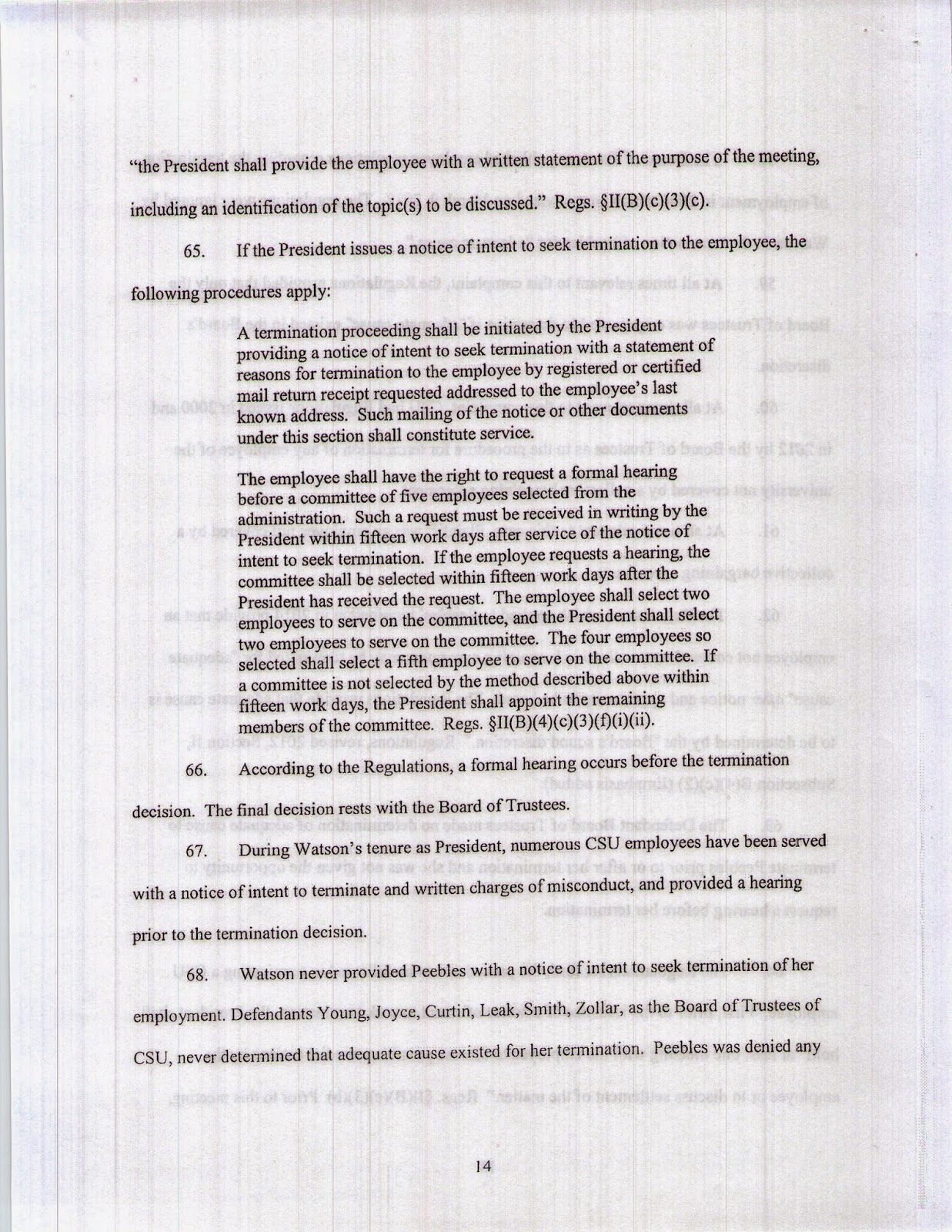 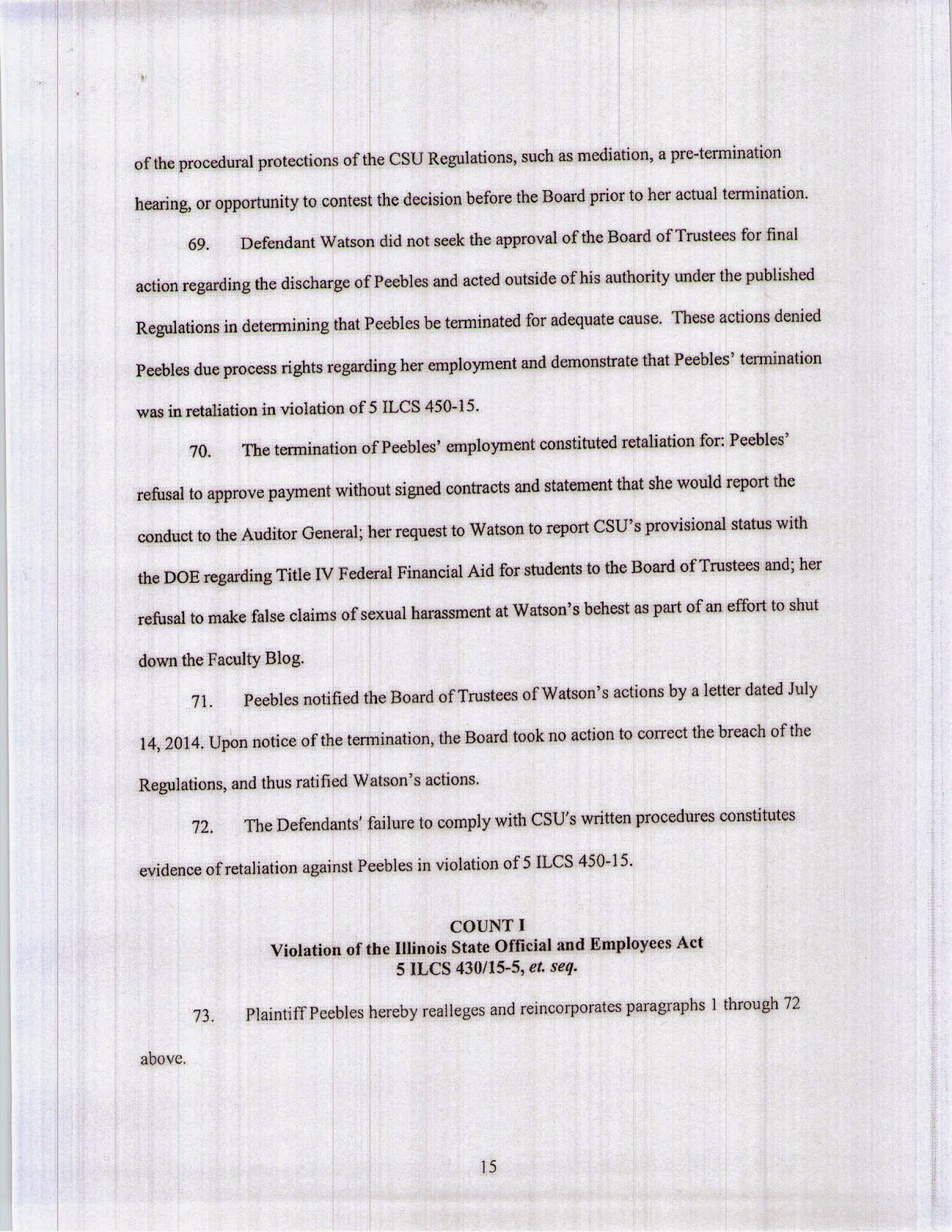 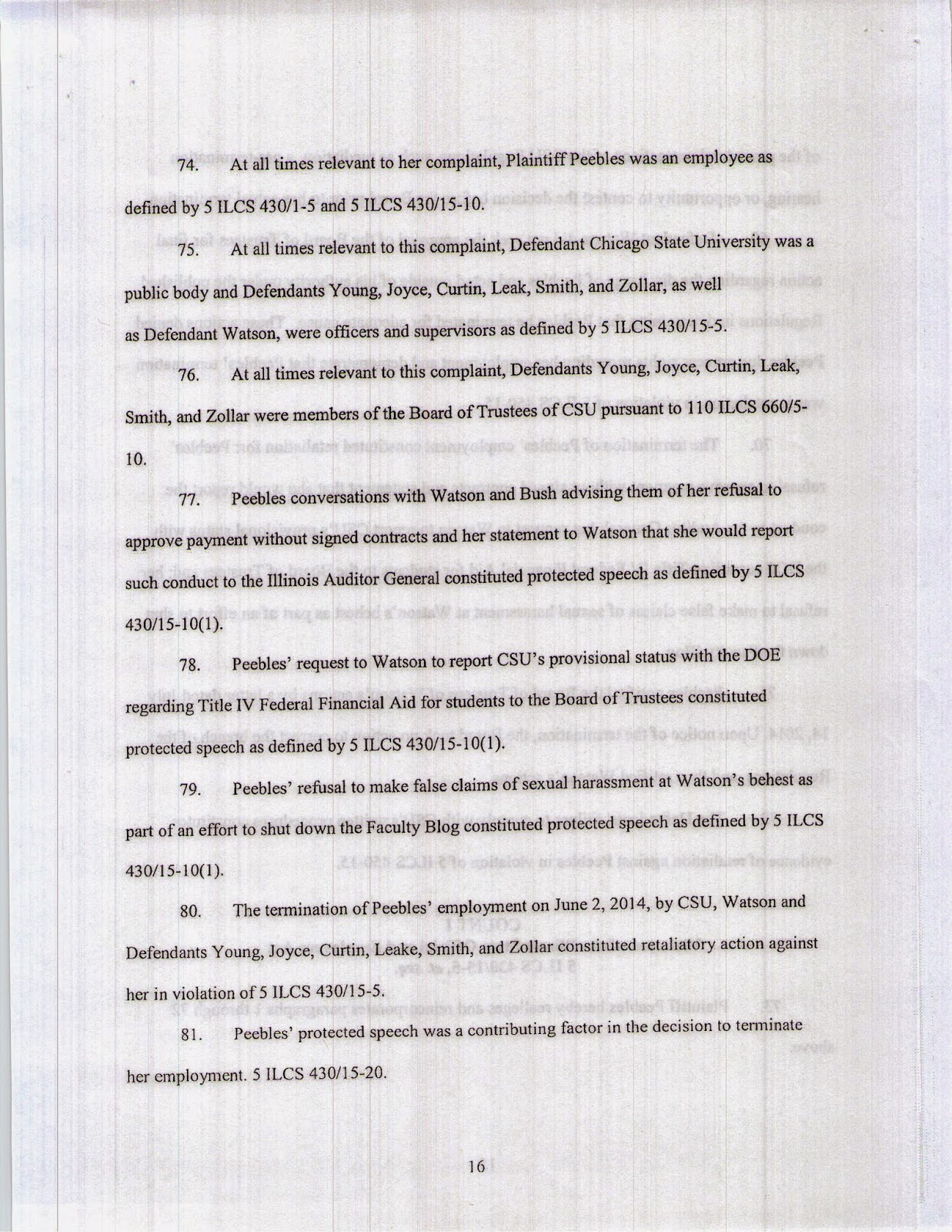 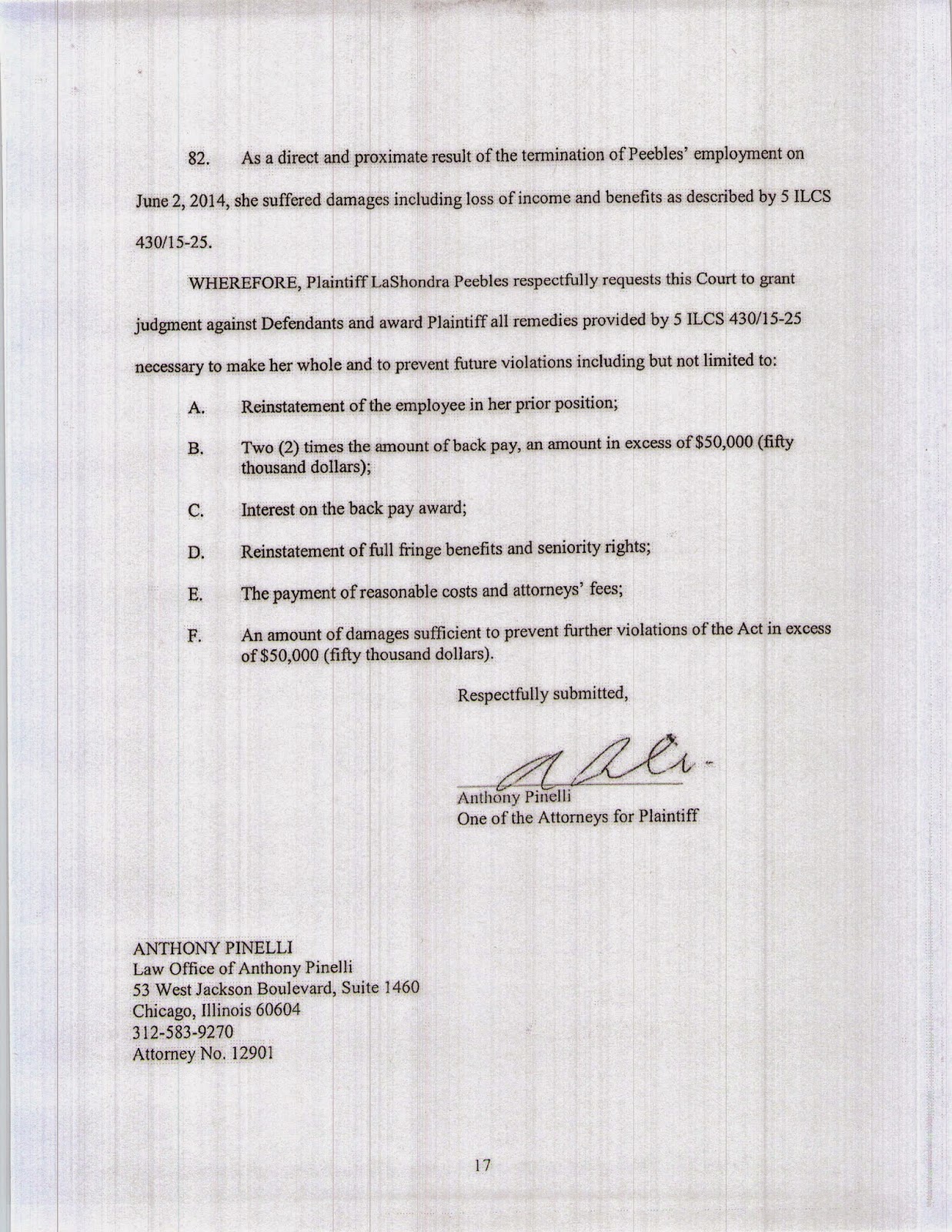 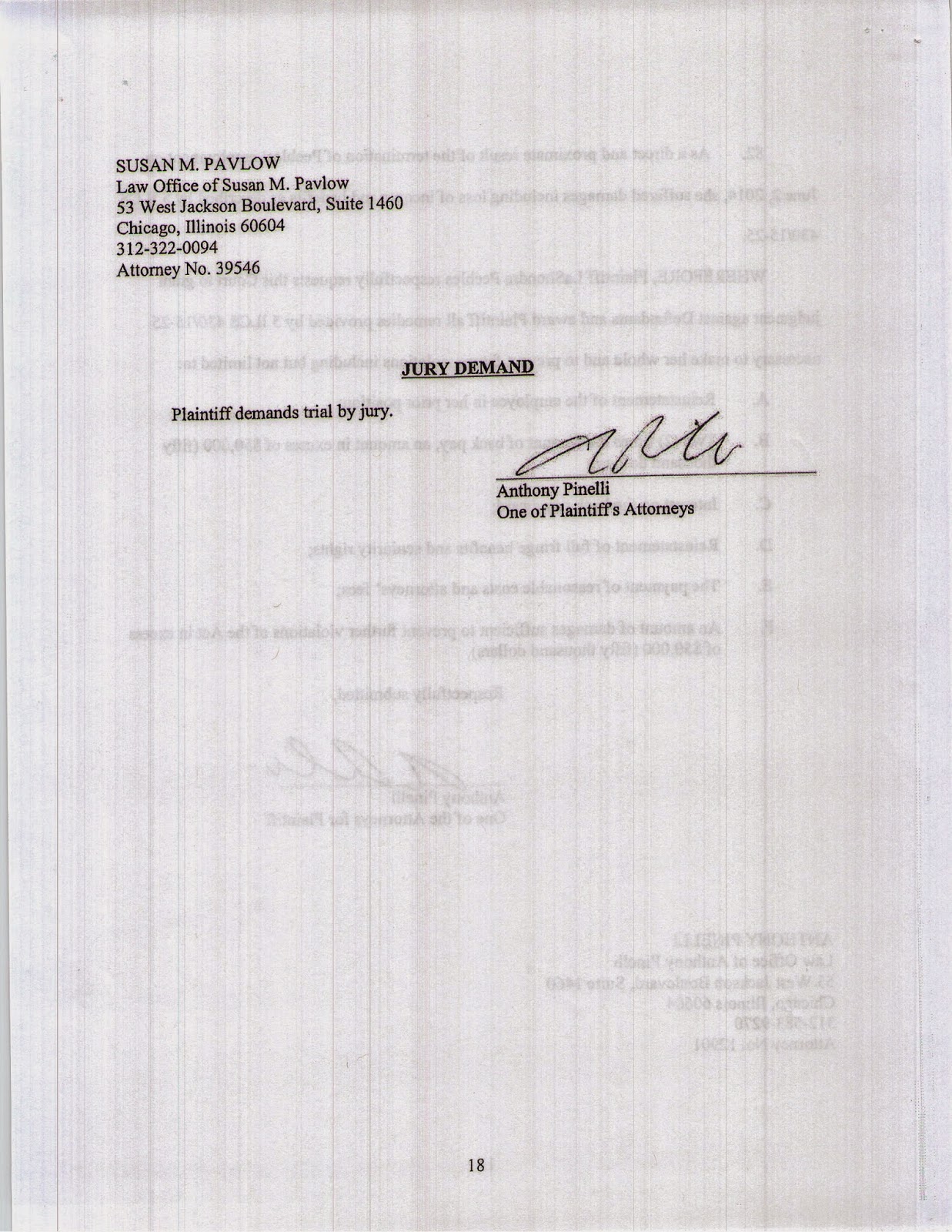 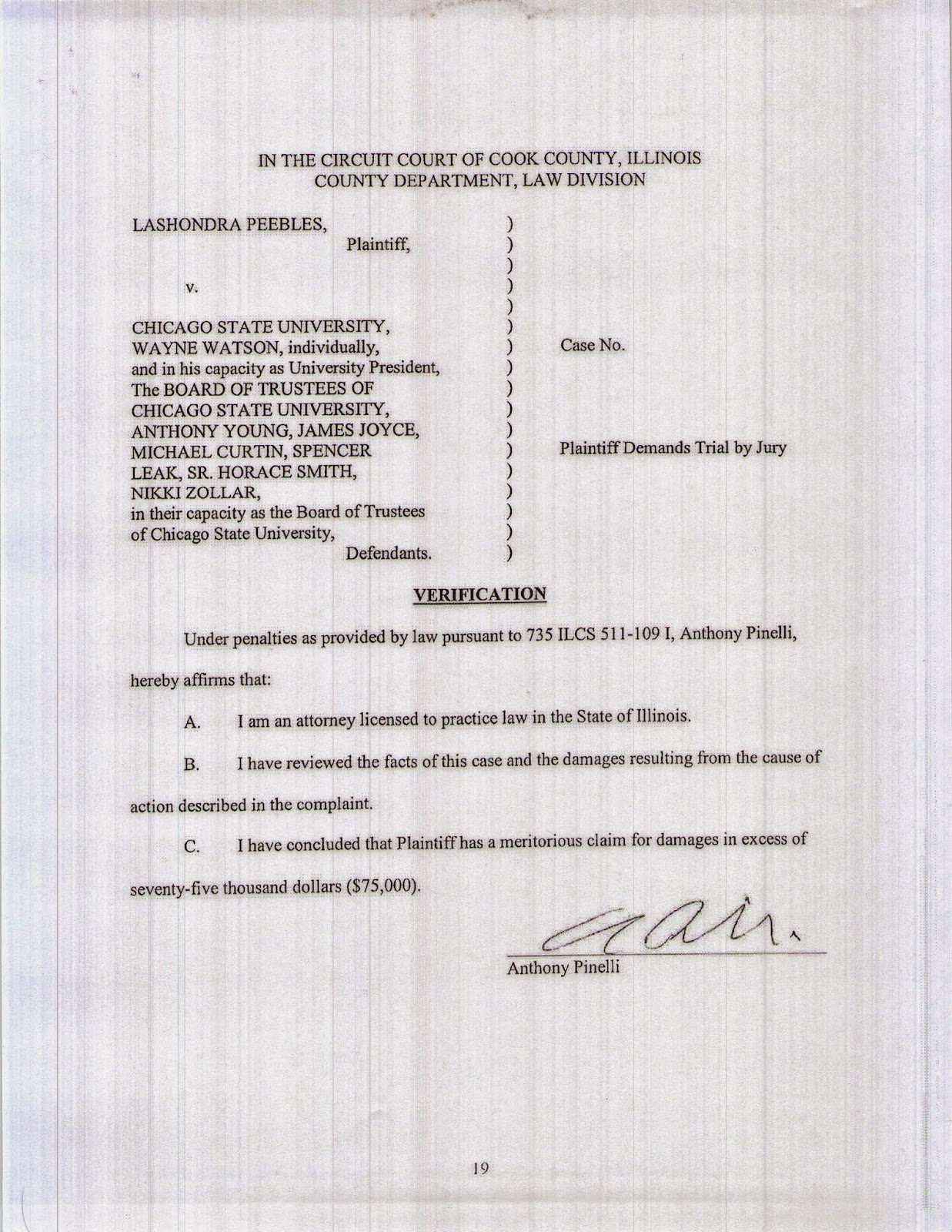