Is Chicago State a University or a Penitentiary? An Update on Yesterday's Board Meeting 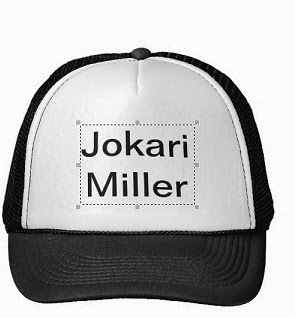 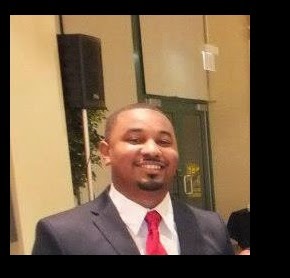 I spoke with Jokari Miller this morning and he's doing fine, all things considered. Here is his abbreviated account of the events surrounding his arrest yesterday:

During a break in the board meeting, Wayne Watson approached Miller and told him to remove his cap. Wayne Watson then told the police chief, Ronnie Watson to get Jokari to take his hat off. Jokari asked what law he was breaking, went outside the auditorium and according to him "was just talking" about the request to no one in particular. Suddenly, he was attacked from behind by one of the University police, Michael Jones. Jones pushed Miller's head against the glass of the auditorium then pulled Miller around the corner and began choking him. The police eventually cuffed Miller and took him down in the elevator. While in the elevator, Jones repeatedly threatened that he would "fuck you (Miller) up," and Ronnie Watson said several times, "over a hat, why didn't you just take the god-damned thing off?" Despite the threats, there was no further physical force used by the police on Miller.

Eventually, the CSU police charged Miller with disorderly conduct and resisting arrest. Although Miller had never been informed that he was under arrest prior to allegedly being battered by Jones, and circumstances hardly existed that would have caused a reasonable person to assume that s/he was under arrest, the CSU police had to charge Miller with this offense. The reason has to do with covering the ass of the police officer who, based on the facts recounted by Jokari, committed a public offense against Miller. I do not know if a similar statute exists in this cesspool of a state, but in California, Penal Code Section 149 describes the offense of "battery under color of authority." The section reads: "Every public officer who, under color of authority, without lawful necessity, assaults or beats any person, is punishable by a fine not exceeding ten thousand dollars ($10,000), or by imprisonment in a county jail not exceeding one year." In any event, whenever a peace officer uses physical force against a person, that force needs to be justified by a criminal charge that will ostensibly justify the use of force. However, the use of a "choke hold" is extremely problematic and according to the CSU police Captain Maddox, is not permissible. The reason is simple: that kind of "restraint" is potentially lethal. No choke hold should ever be applied to the throat because it only takes a minimal amount of force to crush the windpipe. The type of choke hold used by police in the past is properly called a "carotid restraint." The idea is to close the carotid artery, cutting off oxygen to the brain and rendering the subject unconscious in a very short period of time. Unfortunately, if the hold is not applied properly, if it is extended too long, or even if it is applied properly and held for an appropriate time period, death or serious bodily harm can ensue (I'm sure our colleagues in the biological sciences can explain why). For this reason, the carotid restraint has been prohibited by almost every law enforcement organization in the country since around the mid 1980s or early 1990s.

I do not know how Jokari Miller plans to respond to this, but anyone who witnessed the incident has the standing to file a complaint about the alleged police misconduct with the Illinois State Police. The link to do so is here: https://www.isp.state.il.us/services/citizencomplaint.cfm.

This incident occurred in full view of a number of witnesses. It will be interesting to see if this spurs any outrage among the university community or anywhere else. But this much seems evident: this stupid situation occurred because of a hat. We are supposedly at a university with a range of ideas and expressive behaviors. However, at Chicago State, our students are under the thumb of a ridiculous and petty tyrant who apparently cannot control his desire to bully people. Was Jokari Miller's cap so threatening or inappropriate that Wayne Watson felt it necessary to order him to remove it? Is Wayne Watson the arbiter of sartorial good taste on the CSU campus? Is there a new Chicago State policy on felony cap-wearing? Was the cap-wearing offense committed by Miller so serious that it warranted the intervention of the police chief? Was it so serious that it warranted Miller being choked and arrested? If Miller had suffered death or serious injury because of being choked, would that be alright because he had offended Wayne Watson by wearing a baseball cap? This entire situation was completely avoidable. Can you imagine this happening on any other college campus?

I think it is extremely difficult to recognize when you have worked in a place so long that you have become a liability instead of an asset. I suggest that both the two old fools who created this situation are in that place. Based on this and prior incidents, it seems apparent that neither one of the Watsons has the capacity to adapt to the university world of 2014. In fact, it seems obvious that they view Chicago State as more like a penitentiary than a university. Wayne Watson has suggested that he needs to ensure "diversity," which for Watson means hiring people based on their appearance, because the faculty are often "afraid" of Chicago State's students. In fact, I am unaware of any faculty who has had to use physical force against any Chicago State student, that option seems reserved for our administration, particularly at public meetings. However, we now have a model that we can use on our unruly students. If you have students who disagrees with you in class, choke them out! Then call the police and file charges. If you have students in your class that are not dressed in a way you feel is appropriate, wait until they leave class then attack them from behind! Students arguing with you in your office? Kick the crap out of them! Colleagues who disagree with you at a meeting? Time to go fist city! The possibilities are endless. We need not restrict ourselves to choke holds. Sucker punches, thumbs to the eyes or ears, punches to the soft parts of the body (avoid the bony parts because you can break your hand)and kicks to the groin and the shins are all part of the arsenal possessed by the well-equipped Chicago State faculty member. The hell with intellectual arguments, let's follow the example of the Watson twins and get down on the ground with our students and brawl. In any viable university this kind of administrative abuse would not be tolerated. Here, under the leadership of a pathetic board that props up a true 1950s man and his attack dog, we get to continuously relive the bad old days.

This is a university? Frankly, if this is the way this school operates, I wonder how long it can continue to exist.