The Three Personalities of Wayne Watson: The Mystery of Our Ludicrous President's Police Vehicle Solved

Wayne Watson is a complex individual. He seems to have several identities. The first is Wayne Watson "distinguished" "educator" and recipient of a number of awards for his educational greatness and stellar leadership. Here is a photograph of that Wayne Watson: 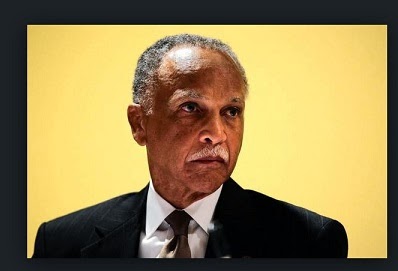 However, hidden deep inside that "dignified" character is a secret policeman, a brawling wannabe yearning to possess the power of life and death; the ability to carry a gun and wear a badge; the capability of instilling fear and extracting grudging respect from those he runs across. Unfortunately, there are no photographs of Watson in that guise, we can only speculate about his appearance when he assumes that role. Here is what he might imagine: 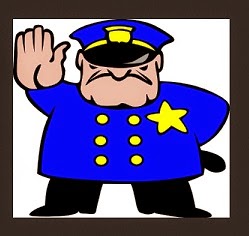 Since Watson already has a full-time job and since he's too old to enter the police academy, he has to settle for the next best thing. He drives a car fitted with emergency equipment. Through the wonders of the Freedom of Information Act, we are able to examine how this came to be. Please allow me to explain.

In November 2011, the university police purchased a 2011 Chevrolet Tahoe for the president's use. As you can see from the information below, the total purchase price of he vehicle came to $33,500. Notably, the university demonstrated some frugality as the Tahoe came as a used (or pre-owned as contemporary dealers seem to prefer) vehicle. Our president was not satisfied however. According to sources in various university offices, Watson insisted the vehicle be modified to include police emergency lights (as well as a siren), etc. The university moved expeditiously to accomplish this as it received a quote for the work on February 9, 2012 and issued a purchase order for $2838.95 on February 14. The purchase order for the vehicle and invoice and purchase order for the police equipment follow: 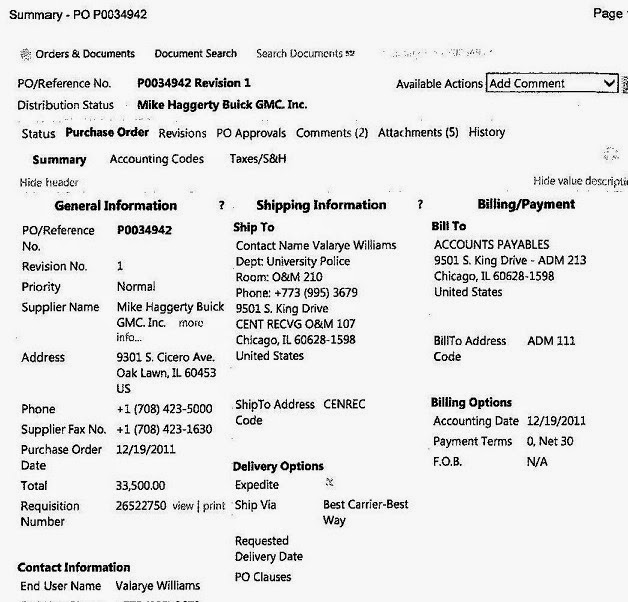 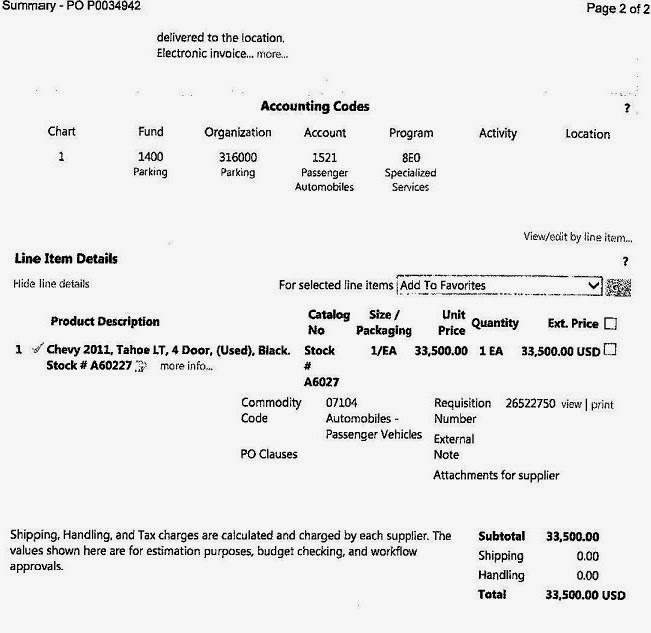 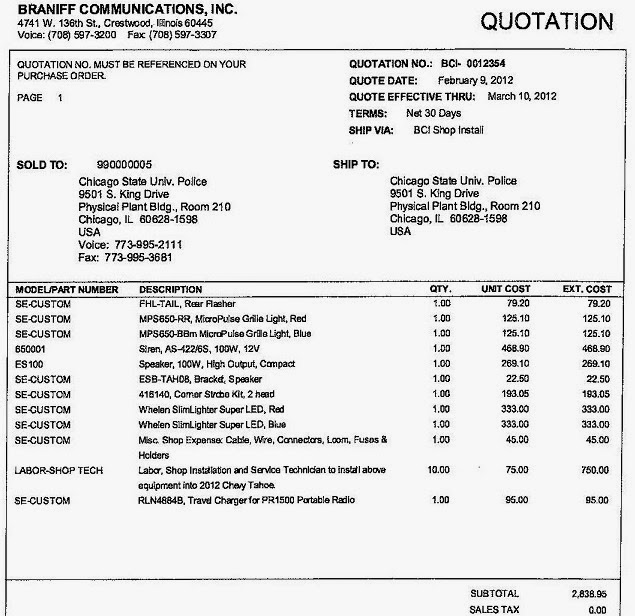 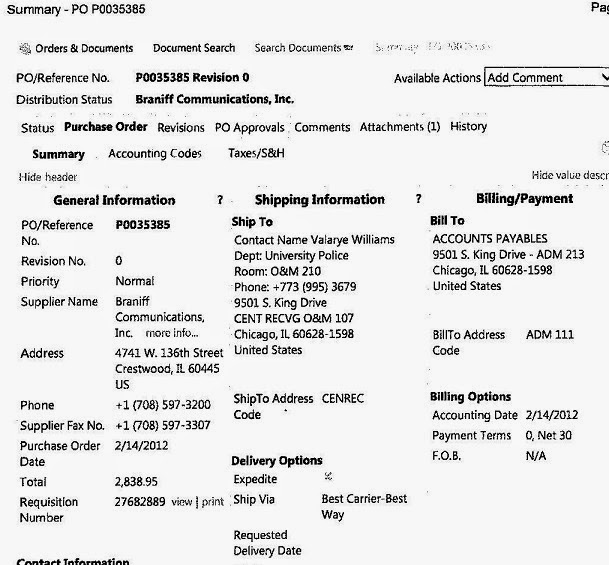 This equipment on Watson's car allows him to assume his third identity: Wayne Watson, Superhero. Imagine the excitement of taking Cheri Sidney out in your souped-up police car. Imagine turning on the red lights and siren, using the speaker, flashing your headlights. What power! Move those "little people" out of the way. What a thrill! Here's what that might look like in Wayne's mind: 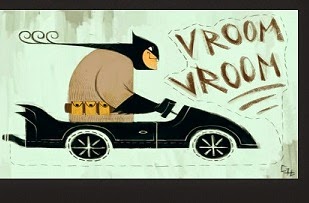 Of course, there is a downside to all this euphoria. Sometimes the car gets a little banged up. That's apparently happened as on at least two occasions, the Batmobile, sorry, the president's car, has had to have a little body work done. Not too much, only a little under $5,000 worth, but enough to be annoying: 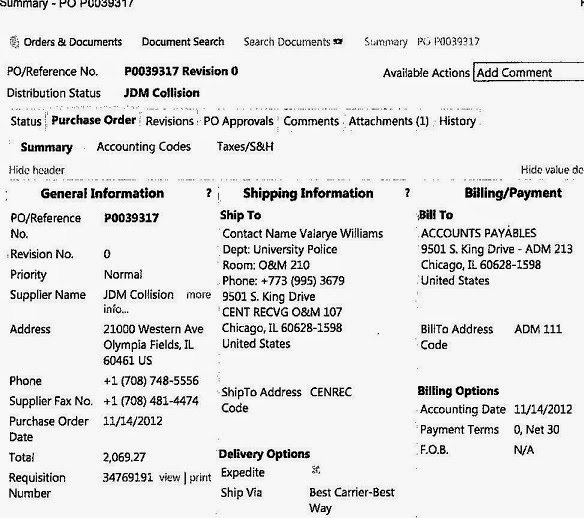 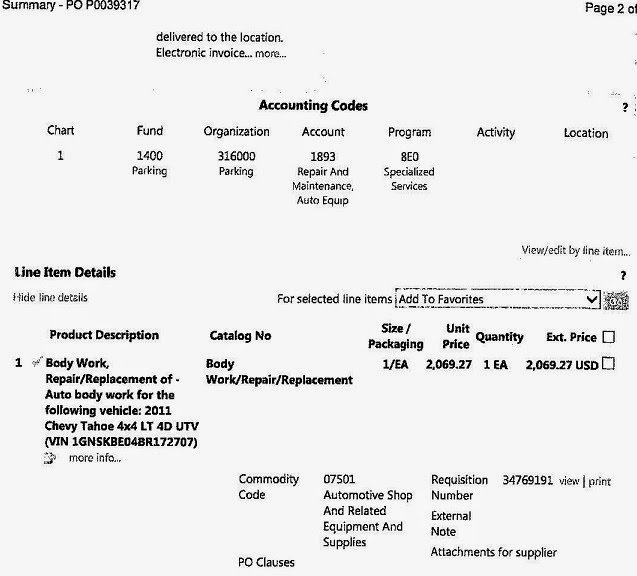 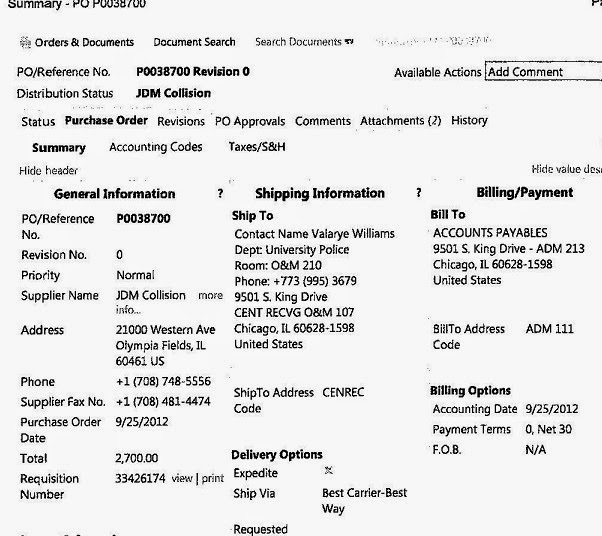 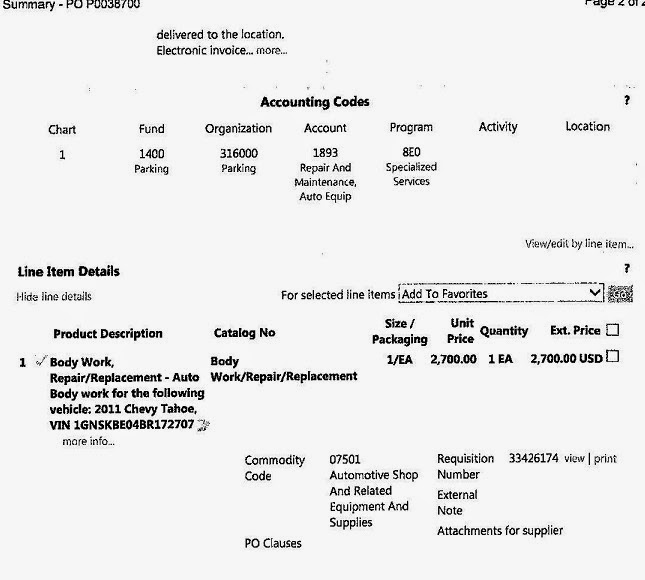 These driving misadventures have given the police department pause and they are considering purchasing a replacement vehicle for Wayne, something more appropriate to his driving ability and maturity level. Here it is in action (note Wayne will still have the lights): 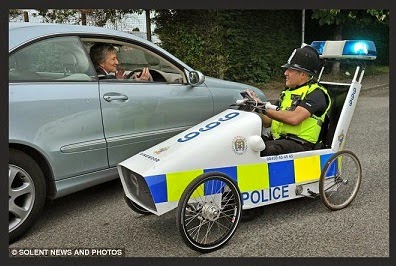 Posted by Robert Bionaz at 7:23 AM