Why Did Watson Hire a "Workplace Intelligence Firm" to do an Investigation?

Over the past several years we have learned a number of things about the Watson administration: First, it does not like public scrutiny. Second, this administration insists on adherence to established policies and procedures from some university groups but not from others, while it continuously violates university policies. Third, it has no problem with varying levels of dishonesty on the part of members of the administration and is apparently heedless of the negative consequences for the university. Fourth, the president of Chicago State has demonstrated a rather costly penchant for retaliation that is remarkable, even by Chicago political standards. Just ask Jim Crowley and Maria Moore about that.

For example, the administration’s response to revelations of the outright falsehoods and academic dishonesty of some of its senior members has been to attack the persons exposing those lies. Rather than dealing with the extensive documentation underpinning and the serious issues raised by those lies, the administration ignores the misbehavior of its own members and brazenly attempts to stifle dissent by trying to destroy the Faculty Voice, split the faculty and delegitimize the efforts of the Faculty Senate.

Recently, it seems that the administration may have formulated a new avenue of attack. Although some of what follows is speculation, I hope readers will find the interpretations somewhat persuasive. Several members of the faculty are beginning to examine the various ways our administration spends public funds. Looking at the budget requests for fiscal 2014 and requesting specific expenditures creates a picture that demonstrates where the administration’s fiscal priorities lie and where it spends its discretionary funds.

Part of this discretionary spending occurs in the contractual expenditures for legal representation, which have grown exponentially in the past three years, contributing to a huge increase in the university’s expenses for legal services. In Fiscal 2010, the university budgeted $45,257 for contract legal services, in fiscal 2011, the same amount. In fiscal 2012, this amount grew to $124,557 and exploded in fiscal 2013 to $316,212. Along with this nearly 700 percent increase in the budgeted amount for contract services, personal services expenditures (salaries) grew from $178,620 in 2010 to $767,834 in 2013, an increase of 430 percent. Due to these increases, the total cost of Labor and Legal affairs skyrocketed from $264,328 in 2010 to $1,124,400 in 2013, a nearly five-fold increase.

The university likely spent the majority of the funds designated for contract legal services in fiscal 2013 on the Crowley case. However, a recent contract may reveal the intent of Chicago State’s administration to take clandestine and troublesome measures in a continued attempt to destroy its opponents. On February 12, 2014, Watson signed a contract with the law firm of Laner Muchin, for a maximum of $30,000 to “Represent Chicago State University . . . in connection with a review of certain conduct in relation to the University’s operating standards.” Further, the contract stipulates that “The scope of legal services will include an investigation, and the providing of advice and services in connection with the investigation and representation.” 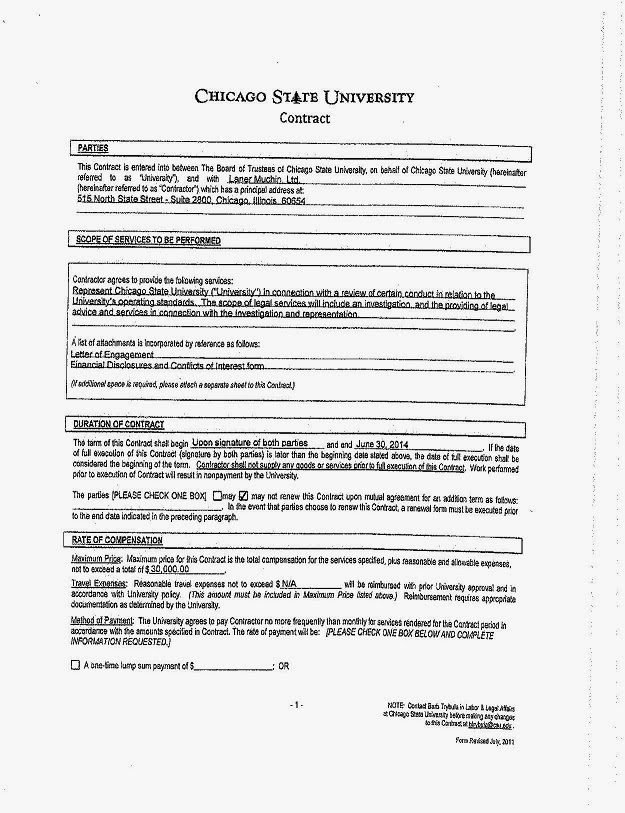 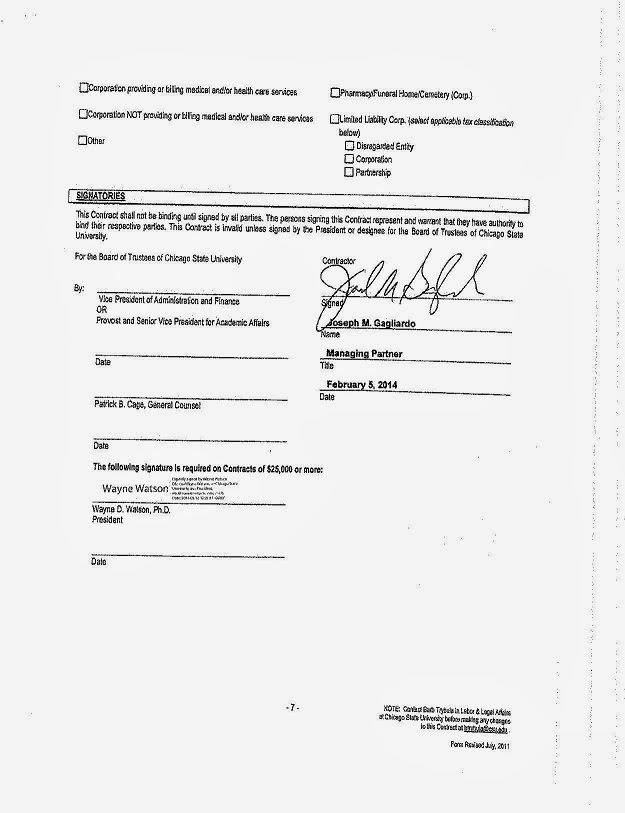 Just who is this legal firm? It has done a great deal of business with the City Colleges of Chicago, much of it when Watson was Chancellor. Laner Muchin’s web site advertises it as “The Workplace Intelligence Firm,” and boasts of its reputation as a firm that “translat[es] complex laws and regulations into thoughtful, real-world solutions. It means helping our clients address their daily challenges within the workplace, as well as in matters before courts or government agencies . . .” 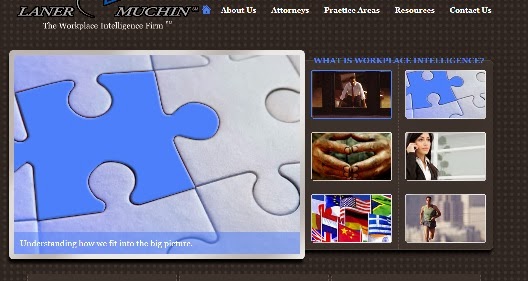 I think this contract raises a number of questions. With a staff of attorneys and a budget of over $1 million dollars why do our legal folks need to spend $30,000 on this contract? do we really need a "workplace intelligence" legal firm to evaluate conditions at Chicago State? Just what kind of "certain conduct" are they charged with investigating? Which "operating standards" are they dealing with? Exactly who are they planning to investigate? I suppose time will reveal the answers to all these questions, but I think, given our recent history, it is highly likely that the administration will use this firm to attack individuals or institutions that represent the Chicago State faculty. I would welcome any thoughts on this.

Posted by Robert Bionaz at 4:56 PM