Here is the complaint filed by Angela Henderson against UIC. The parts I find most compelling I've highlighted in yellow. On the cover page, note that the lawsuit is for Libel/Slander: 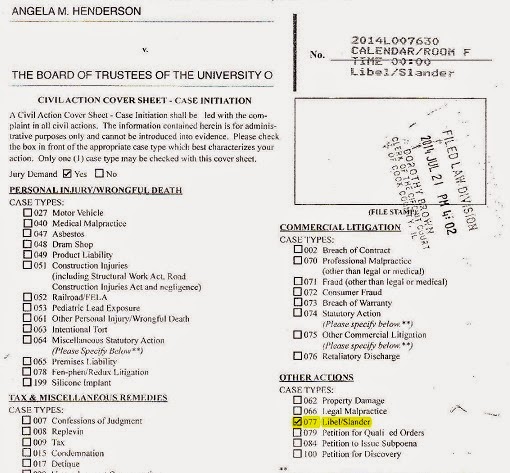 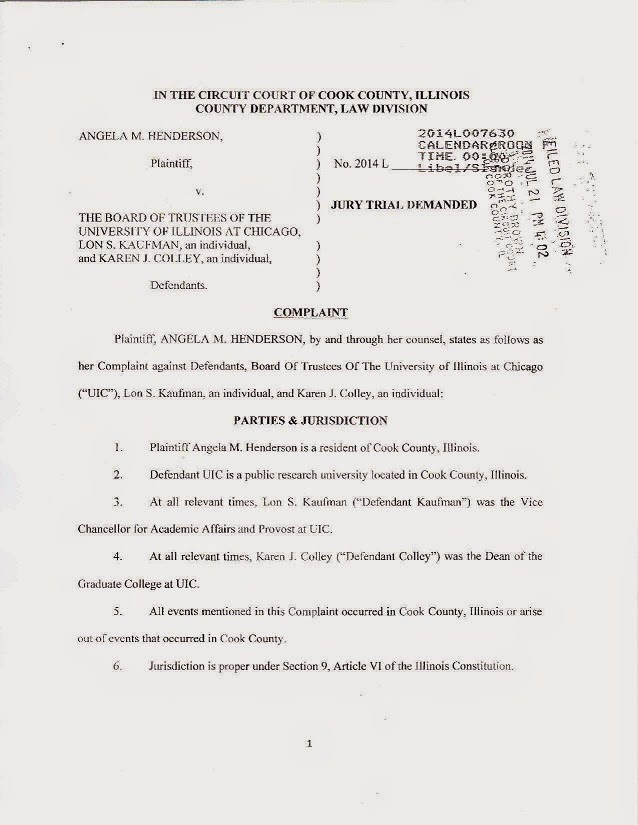 On this page, you'll see that I am the "leader" of the "disgruntled" faculty attempting to "undermine" the university as well as "stop" its advancement. Also, the one major accomplishment of Watson's regime, the accreditation that we would have gotten with anyone as president, is again trotted out as a one size fits all defense of the administration's competence. At the bottom of the page, a clairvoyant Henderson informs the court of the motives behind my examination of her dissertation: 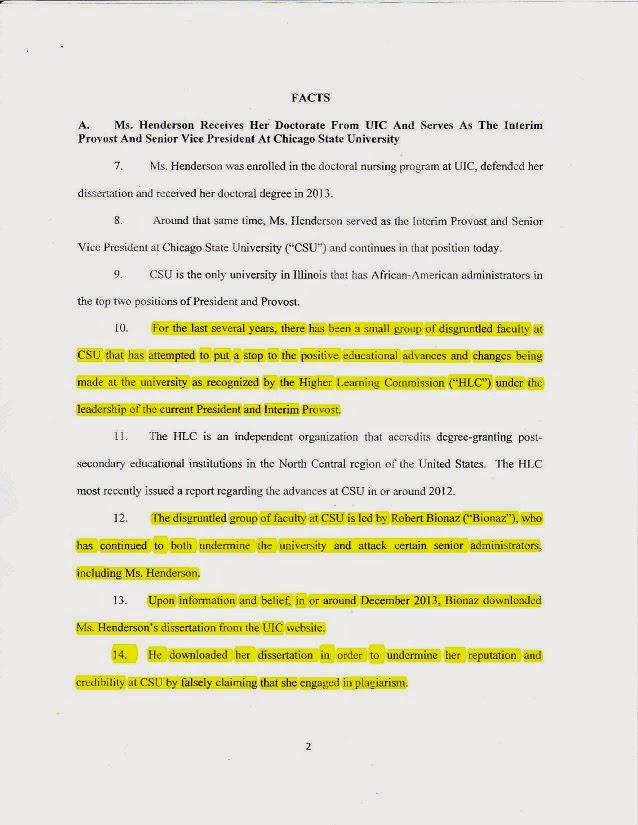 This page features the various defenses of Henderson's plagiarism. Henderson might have made an attempt to get her facts straight here (see item 16): 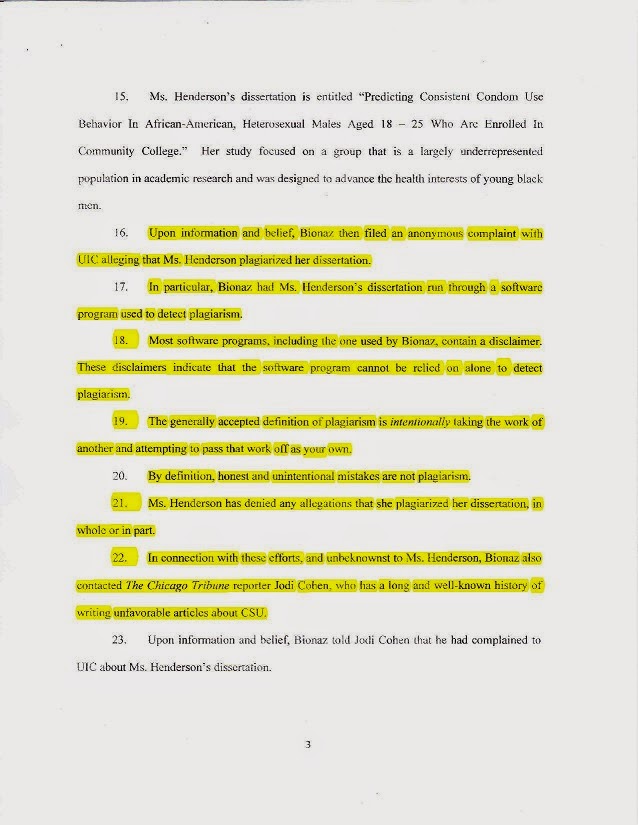 Again, Henderson should strive for at least a modicum of accuracy (see item 31): 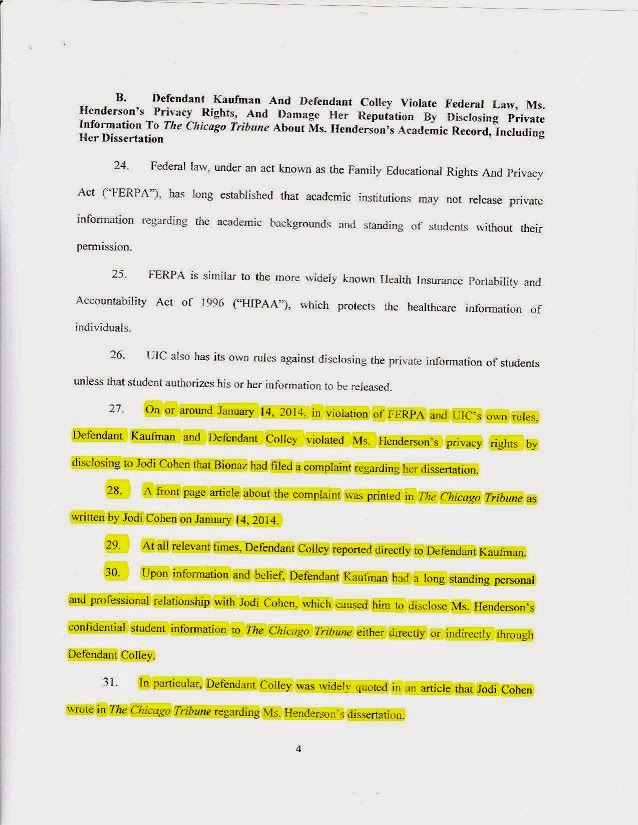 Here is the only time Colley is quoted in the January 14 article: 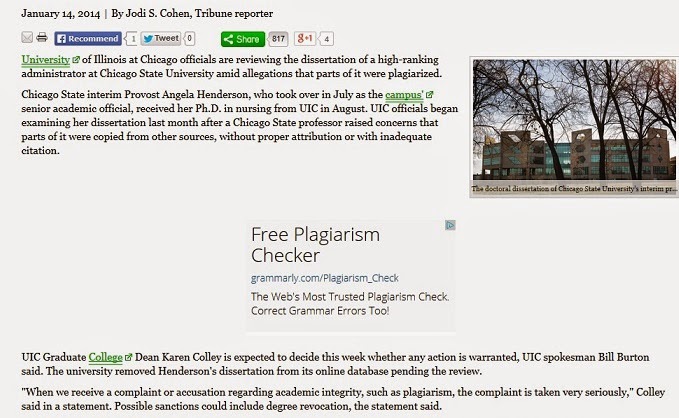 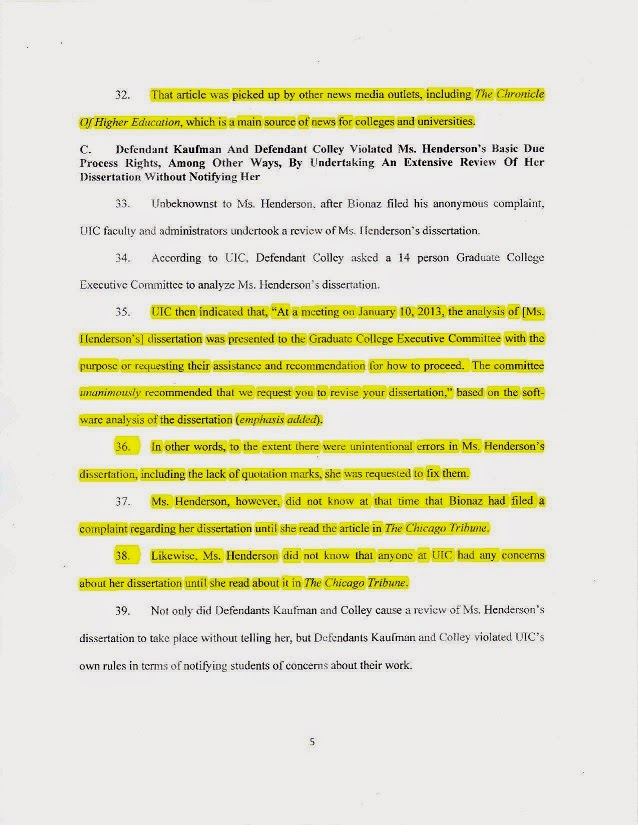 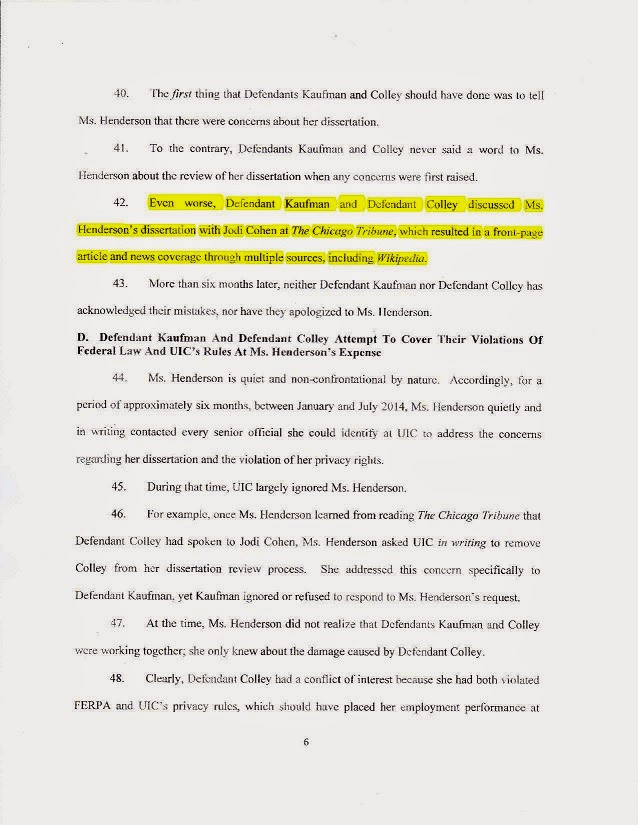 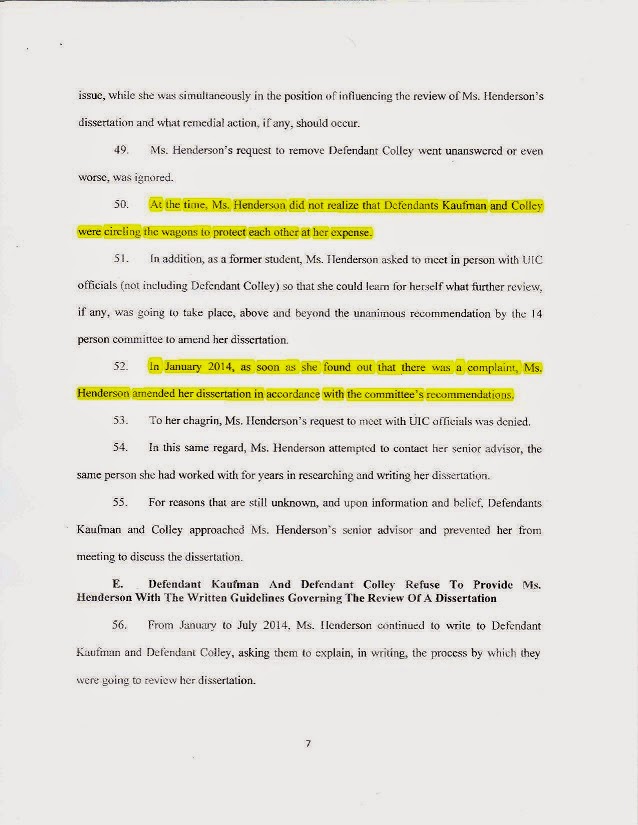 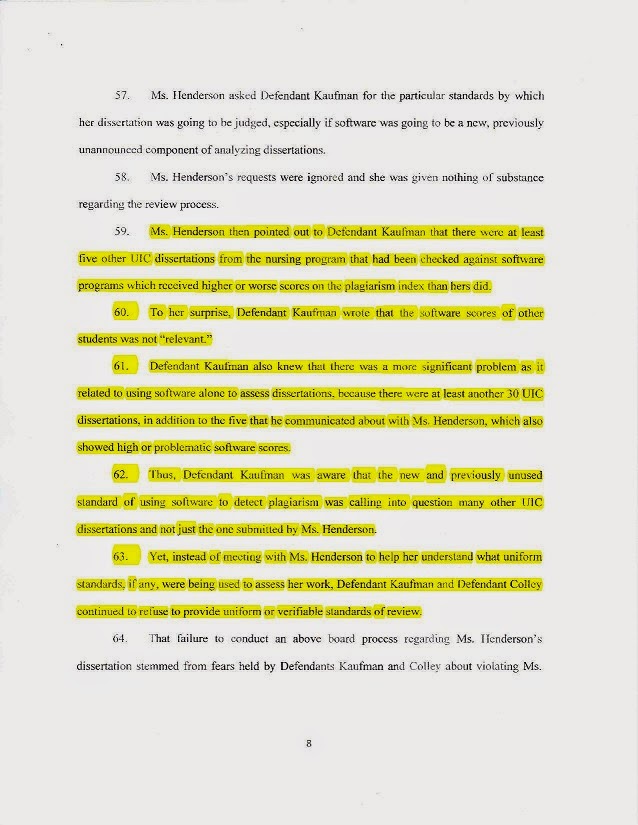 On this page, the complaint asserts that the educational qualifications of the highly-compensated Chief Academic Officer at a Doctoral granting public university are "not of legitimate public concern." 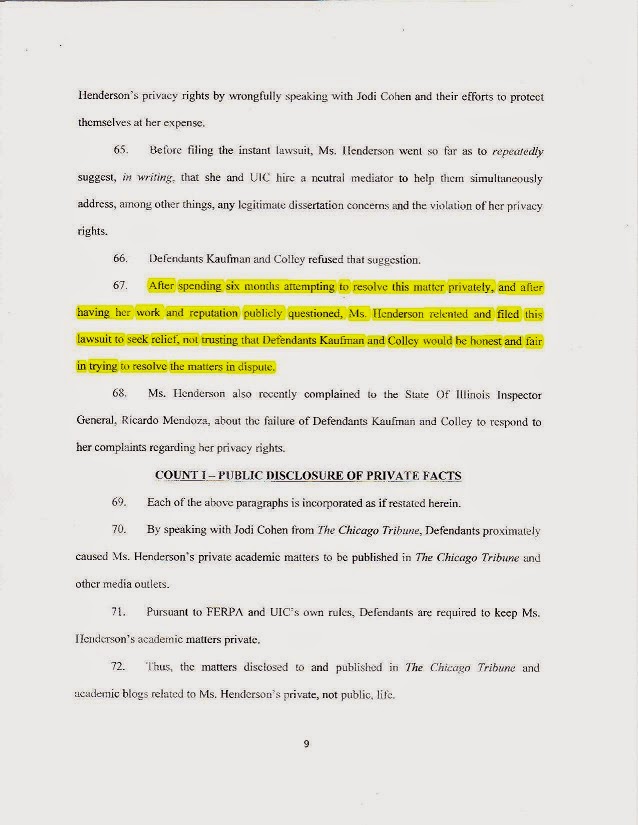 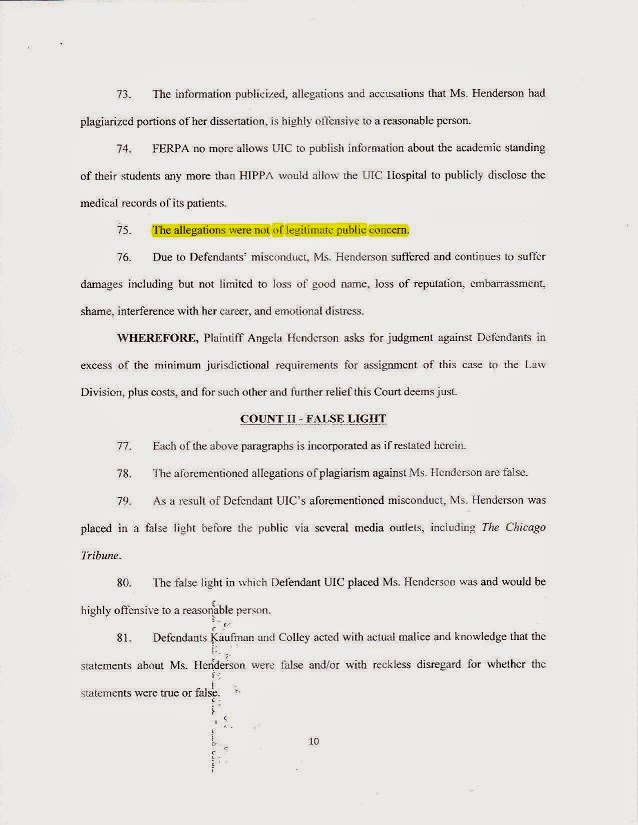 Given the kind of suit Henderson has filed, it might be instructive for readers to research the criteria for libel/slander/defamation as well as the defenses against those allegations. 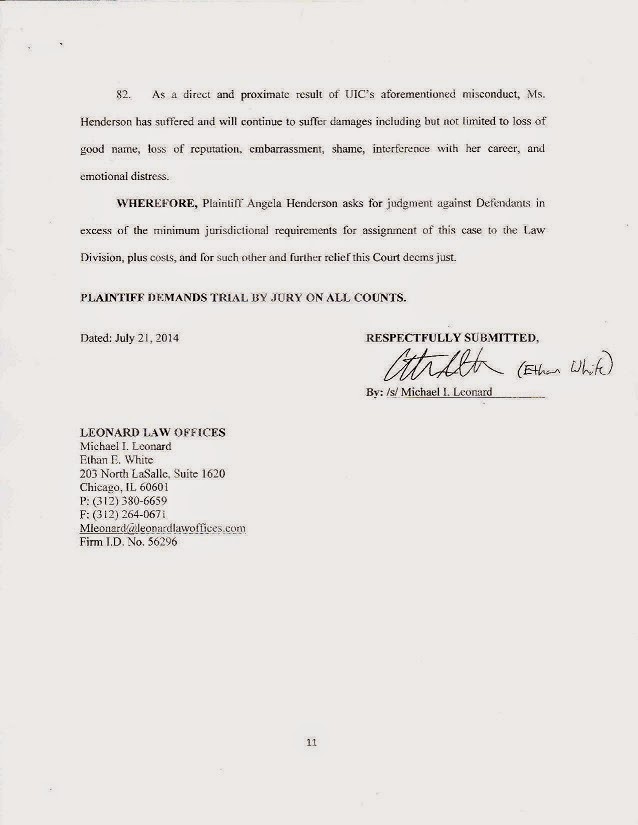 Posted by Robert Bionaz at 1:52 PM