A Shooting On Campus???

So, are people and/or animals safe at university sponsored events? Apparently the answer is no. What is more disturbing loyal readers is that like many police incidents the post incident response is often poorly managed to the point of raising serious questions about the competence of the entire agency involved. To wit, I present the following as I understand it. Mind you, I am awaiting a response from a FOIA request submitted yesterday. 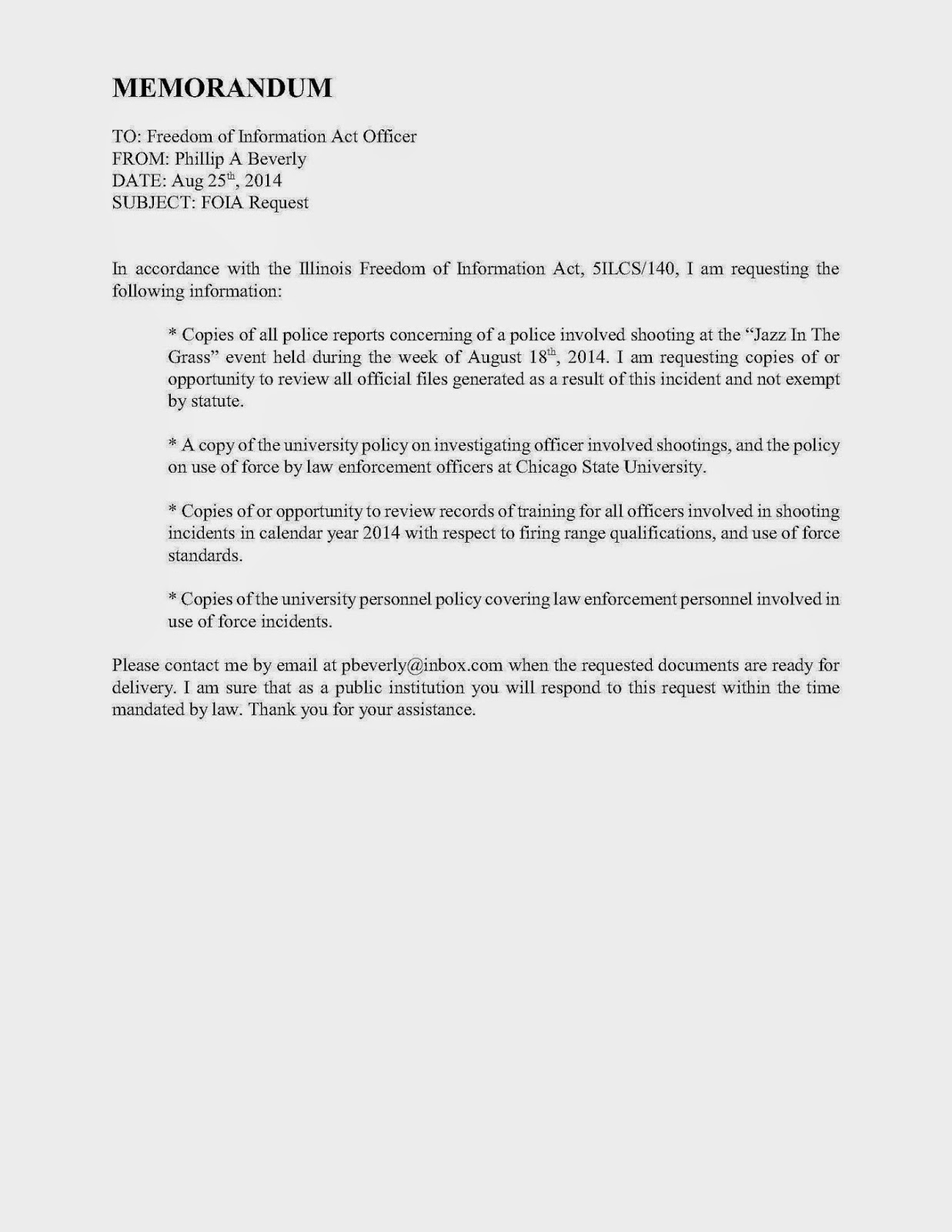 On Wednesday, August 20th, 2014 at or about 6PM, a certified member of the CSU Police Department discharged his firearm killing a canine, possibly two, and injuring the owner of the second canine, prior to the Jazz in the Grass event held on campus. The owner of the second canine suffered a gunshot wound to the foot requiring emergency surgery. I would like to extend my heartfelt condolences to the victim of this incident both on her injury and the loss of her canine companion. As a dog owner, I can only imagine how I would feel as a result of a dog attack and police weapons discharge.
As frightening as this event appears to have been, what is more disturbing is the aftermath. As I have been trying to piece together what happened, more questions emerged about how the university is handling this event. If I understand generally accepted police procedures around service weapon discharges, a few things need to happen in the immediate aftermath of an incident.
First, the crime scene must be cordoned off, the service weapon placed in evidence for ballistic examination, all spent rounds and casings recovered, both from the environment, victims and deceased, animal or human. If this were a Chicago Police Department officer, there would be alcohol and drug testing per General Order G03-02-06.
Second, the officer involved in the shooting should be placed on paid administrative leave pending the outcome of the investigation.
Third, the university community should be notified that police activity was occurring at the event location and to stay away as not to contaminate the crime scene.
Fourth, the university should have some press contact so that it doesn’t appear that the institution is attempting hide such a serious event.
Fifth, the Board of Trustees should be notified of this incident. It is, after all, them who will be named parties in the lawsuit and them who will have to decide how much to pay in the settlement of that lawsuit. Surely, they wouldn’t want this to go to trial and risk a much larger judgement.
Finally, if the officer who discharged his weapon is of a sufficiently low rank (officer or sergeant) that a qualified lieutenant or captain can conduct the investigation, I would imagine the investigation could be managed internally. If , however, the officer involved is a captain or chief, that investigation should be managed by another law enforcement agency. In this case, I would imagine that the Illinois State Police would handle the investigation because it is inappropriate for subordinates to investigate superiors. This is clearly a conflict of interest. If the Chicago Police Department is investigating, it also may be a conflict of interest, given the chief’s prior affiliation with that agency.
As it seems that the ISP is not involved I am left to question why not. Is the university police chief hiding something? As a decades long serving peace officer, I am sure he would be familiar with standard investigative procedures. Why is he not on administrative leave? Why wasn’t his service weapon taken into evidence? Why isn’t the ISP handling this investigation? What impact could a botched investigation have on the inevitable law suit by the victim of this shooting?
As these questions don’t get answered, as has been the practice of this regime, more questions will emerge. Having only worked at a police department for four years, I don’t have the depth of experience to know what the policy is for this type of situation. That is why I submitted a FOIA request so that I could generate more informed questions and provide a better analysis of this situation since it appears that the university is going to remain silent.
Posted by Phillip Beverly at 2:46 PM