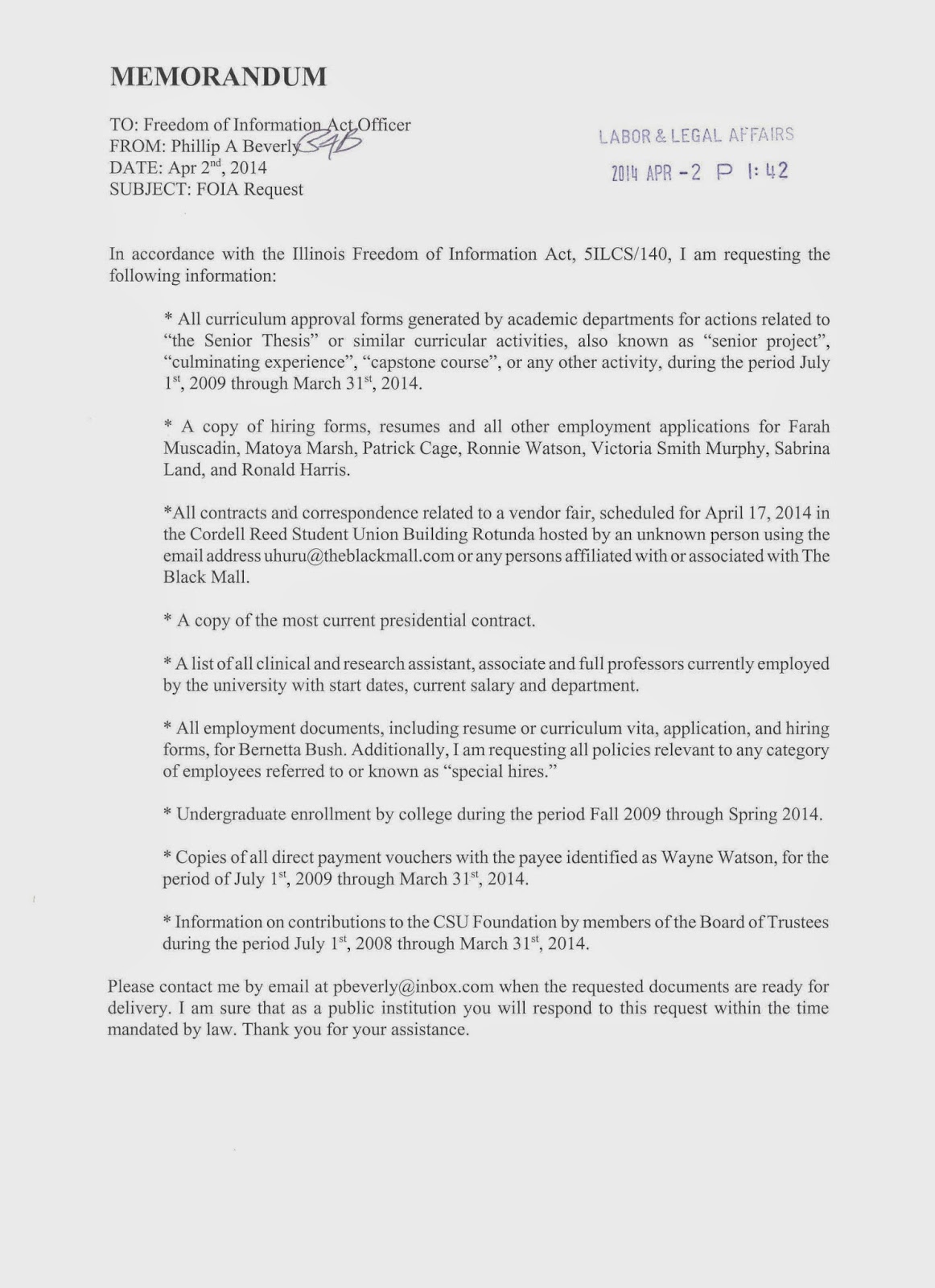 Under FOIA, 5 ILCS 140/3 Sec 3d “ Each public body shall, promptly, either comply with or deny a request for public records within 5 business days after its receipt of the request, unless the time for response is properly extended under subsection (e) of this Section. Denial shall be in writing as provided in Section 9 of this Act.” Imagine my surprise when I hadn’t received a response to this request by May 30th, 2014. I was left with no recourse but to contact the Office of the Attorney General and submit a request for review for which I received a prompt response. It stated in part, “...we request that CSU provide a written explanation of its receipt and handling of Mr. Beverly’s  April 2, 2014 FOIA request.” Further, “...please provide this information to our office within seven (7) business days after receipt of this letter. As we review this matter, we will advise you if we require additional information.” I would hope that my experience of the university is singular and that what was reported to the HLC as far as communications improvement was accurate. Based on my experiences, I would suggest that a focus visit is in order to more comprehensively examine our much reported compliance and communications deficiencies. 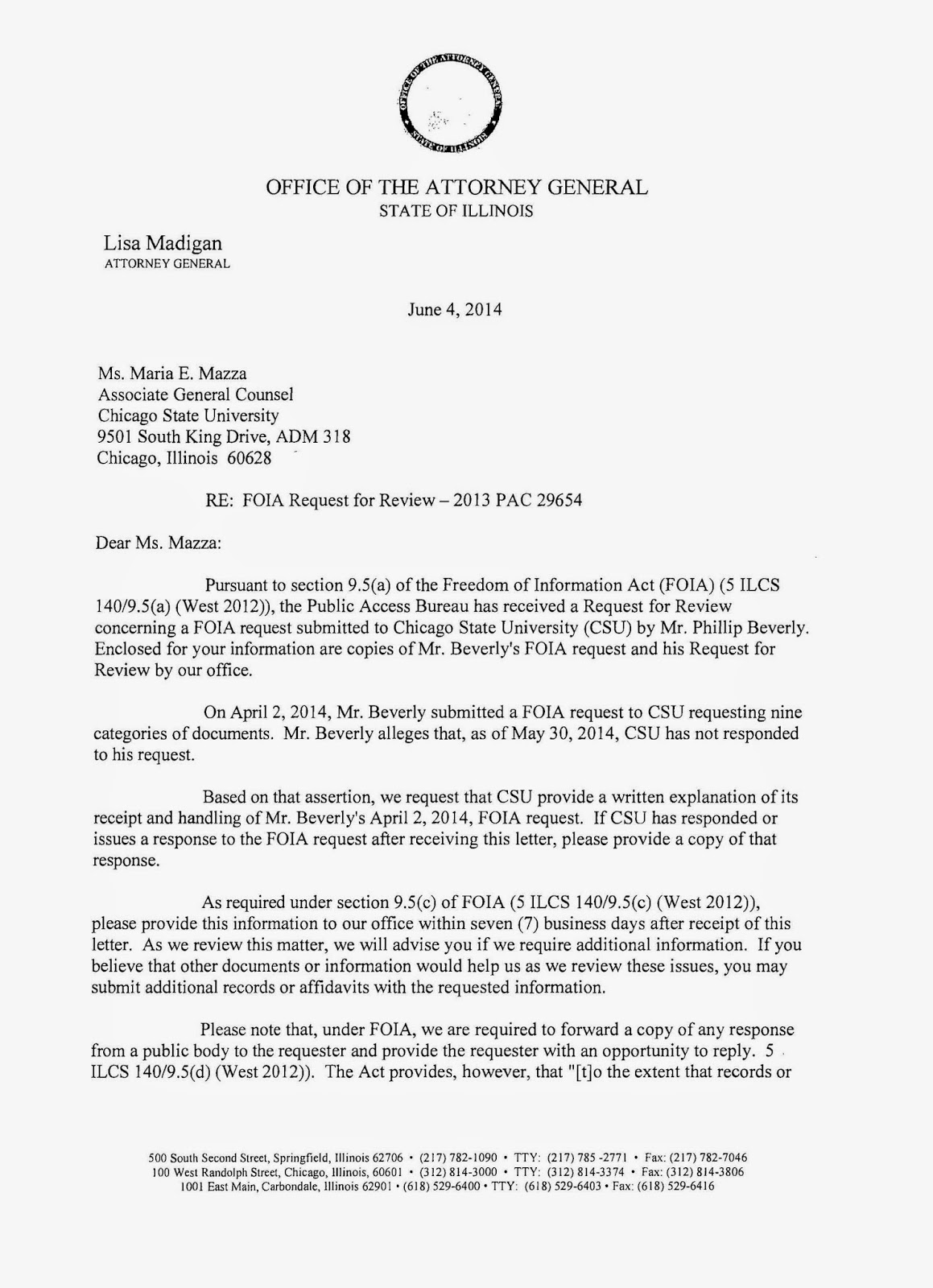 What, might you think, is the thread that ties together each of these thoughts? Is it that each indicates some level of failure on the part of the administration? Failure to respect faculty, failure to respect staff, and failure to respect governing policies and state laws are but one thread tying all of these together. Another is the inaction of the Board of Trustees, state legislators and the governor to protect the investment of the taxpayers of the State of Illinois. These practices are unacceptable in the academy and they are what inevitably dooms the university.
So as we grind inexorably toward utter disintegration as a university, I implore you loyal readers to keep faith that our university will weather the storm of this failed regime, though the institution may end up burned to the ground, it has the ability to recover, like a phoenix, to continue to serve those we have served for decades.
Posted by Phillip Beverly at 8:22 PM