The Watson Administration Covers Up Irregular Financial Dealings: Part 2. Taking a Chapter from the Wayne Watson Playbook. Or How to Violate Policy and Blame it on "Inherited Practices."

Chicago State’s Administration and Finance Policy Manual provides clear direction on handling cash. It requires that “authorized” personnel (fiscal officers for example) handle the cash and that money collected be deposited daily into the applicable university account in order to “be protected from misappropriation.” The relevant policies are here: 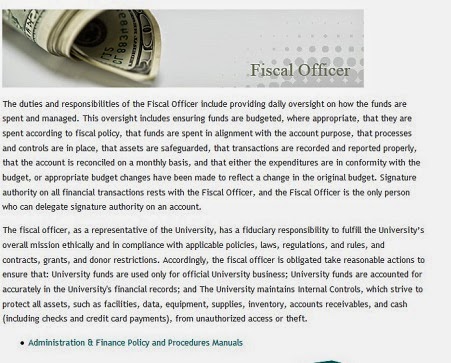 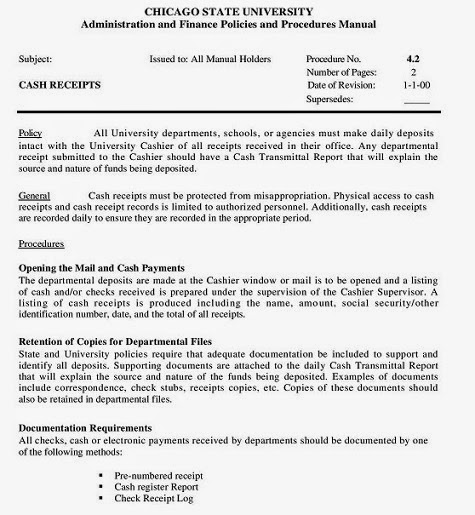 In addition, the university has specific policies governing the disbursement of funds which are only “made for approved and for valid transactions.” There are no references in the Administration and Finance Policy Manual to “petty cash” or to discretionary sources of cash. The policy follows: 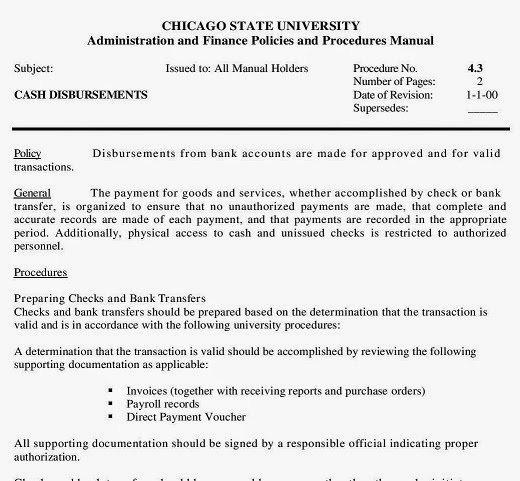 Based on the documents provided by Chicago State in response to Willie Preston’s FOIA request, it appears that there are no problems with the money collected on January 26, 2013. The records from the university indicate that $3159.84 was collected and that $1655.87 of that money was disbursed between February 28, 2013 and February 20, 2014. On March 7, 2014, the balance of the funds remaining totaled $1495.84, present in the university account.

There are a number of problems with this scenario. First, from an accounting perspective, the figures do not add up. In order to account for the entire deposit of $3159.84, the income and expenses must total that amount. In fact, they total $3151.71. Close, but $8.13 short. More important, there is a paper trail that demonstrates that Director of Student Activities Matoya Marsh, took the $3159.84 and failed to deposit it into a university account. Between late January 2013 and March 7, 2014, this cash apparently lay around somewhere and was occasionally disbursed, ostensibly by Marsh, to cover “authorized” expenses. No appropriate receipts detail the transactions, which were clearly in violation of university policy. After Willie Preston filed his FOIA request on March 4, 2014, Human Resources Director Renee Mitchell inquired about the money collected by Marsh on January 2013. Because of Mitchell’s inquiry, Interim Vice President of Enrollment Management LaShondra Peebles spoke with Marsh on March 4 and discovered that Marsh had improperly handled the cash since it was apparently being kept as “petty cash” in the office of Student Affairs. On March 7, 2014, Peebles and Marsh went to the cashier’s office and deposited $1495.84. Peebles documented all of these events in a memorandum to Renee Mitchell dated March 18, 2014. Copied on the memorandum were Wayne Watson, Angela Henderson and Interim Dean of Students Farah Muscadin. 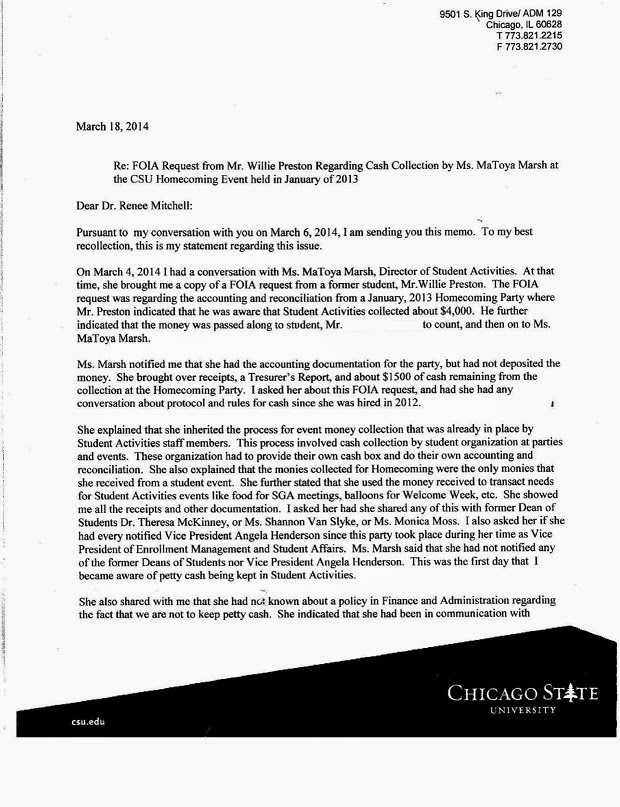 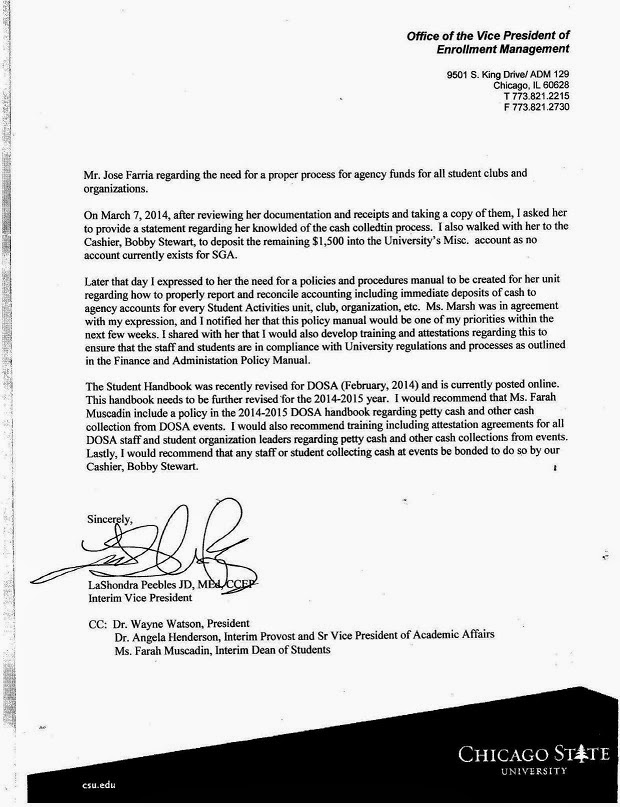 Following the example of never taking responsibility for anything bad set by Wayne Watson, a March 4, 2014, memorandum from Marsh blamed her failure to follow established university policy on “inherited” practices that “clubs and orgs collected and housed their own funds from fundraisers.” Marsh claimed that as early as October 2012 she asked “about clubs/orgs being able to open agency funds.” Because of “internal issues this was not rectified until November of 2013.” Thanks to Marsh’s efforts “a number of our clubs and orgs have begun the process of opening up Agency funds with the University.” Marsh asserted that of the $3159.84 collected at the event, “$1495.84 of it is in the University’s miscellaneous account and the remainder was spent on expenditures for SGA, which are documented.”
To summarize, in contrast to the university’s implication that everything about the funds collected on January 26, 2013, occurred as should have, in fact, nothing was done that either adhered to established policy or demonstrated simple common sense. The memoranda from Peebles and Marsh reveal a different chain of events from the one suggested by the university. In fact, the money collected that evening was not deposited until March 7, 2014, hardly insuring that the funds were “protected from misappropriation.” Despite simple and clear procedures for handling cash and although Willie Preston protested the handling of the funds to both Marsh and Angela Henderson, the administrators did nothing and the money sat in an office for nearly fourteen months. 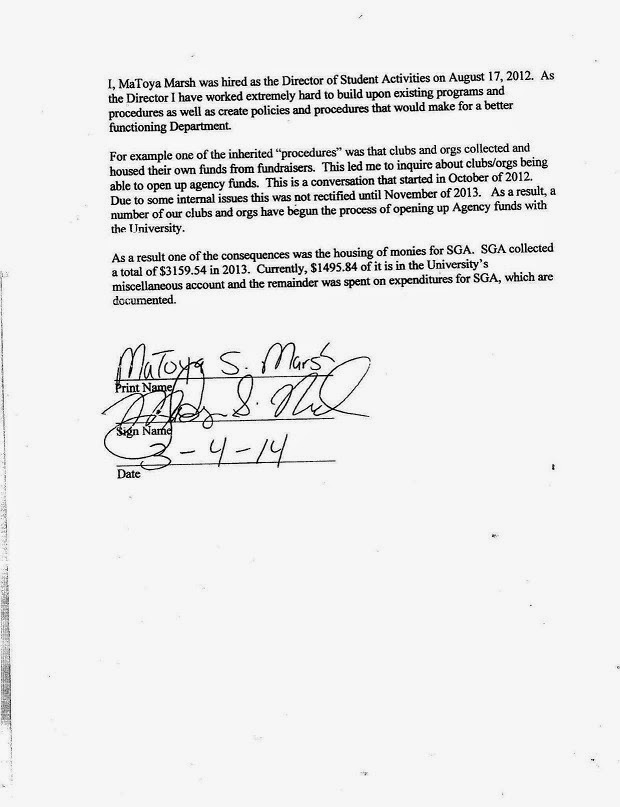 While this set of circumstances seems bad enough, the story gets much worse.

Posted by Robert Bionaz at 9:42 AM