Is There Trouble In The World of Financial Aid?

So one of the things I've learned to accept about American higher education is the unjustified expansion of the number of administrators and the concomitant increase in cost of education for students. Some decades ago, when I was an undergraduate the Pell Grant could be fairly substantial in providing relief for many students. Unfortunately, Pell has not kept up with the skyrocketing cost of higher education and other forms of financial aid are required. Thus it is critical that the Financial Aid office at any university is well managed so that said university does not have its ability to receive federal financial aid impinged upon.
So imagine my dismay upon reading the report/agreement from the United States Department of Education, Federal Student Aid – Schools Channel office, dated March 15th, 2013 that granted CSU Provisional Certification. There are two levels of certification, Full and Provisional. Certification, like accreditation, is for a fixed period of time. Full certification is for six years and affords institutions more flexibility in its operations. Provisional certification is for a period of one to five years. There are many reasons a university might receive a provisional certification. The audit report from the state may not be submitted within the time proscribed by the Department regulations or the institution might have administrative deficiencies. 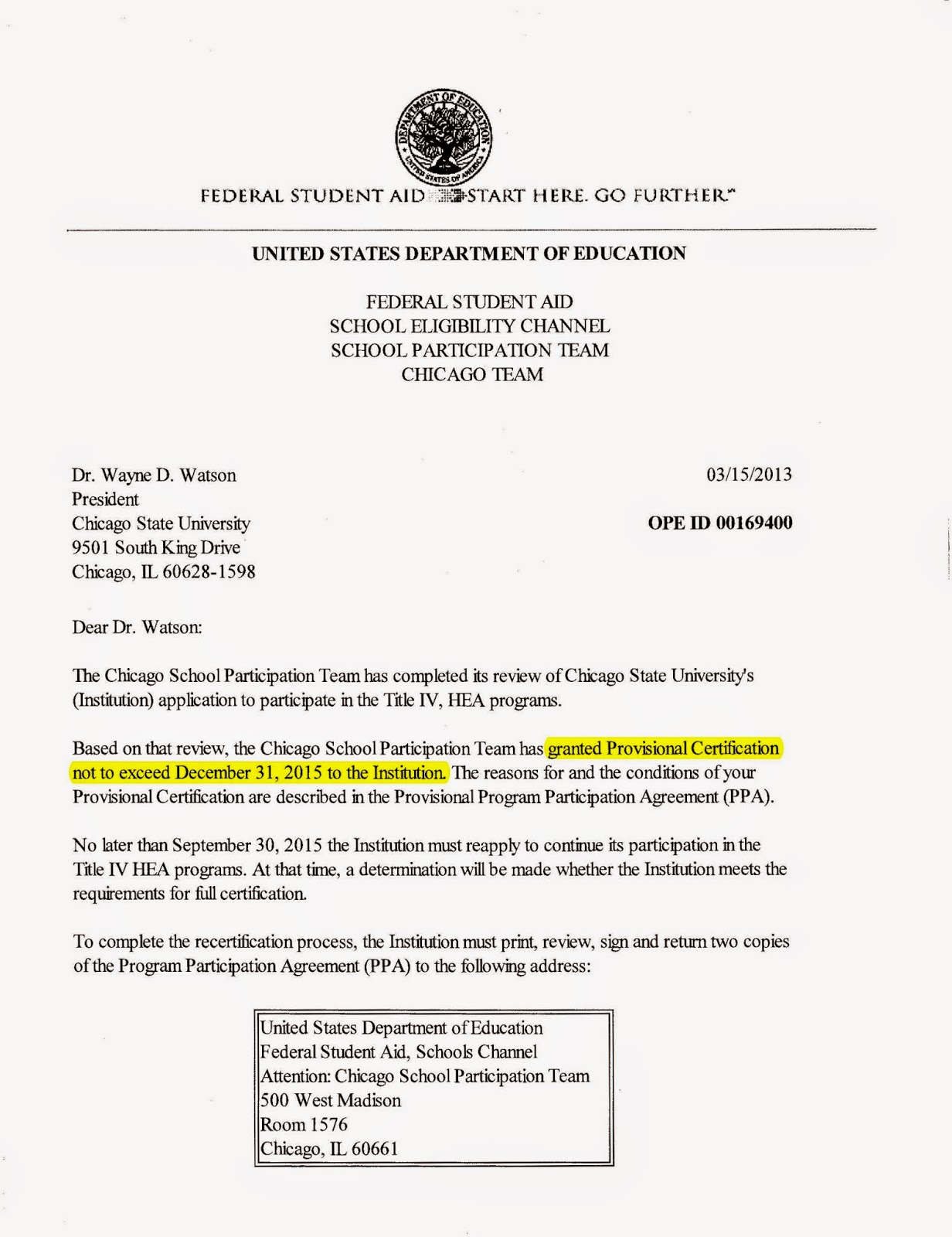 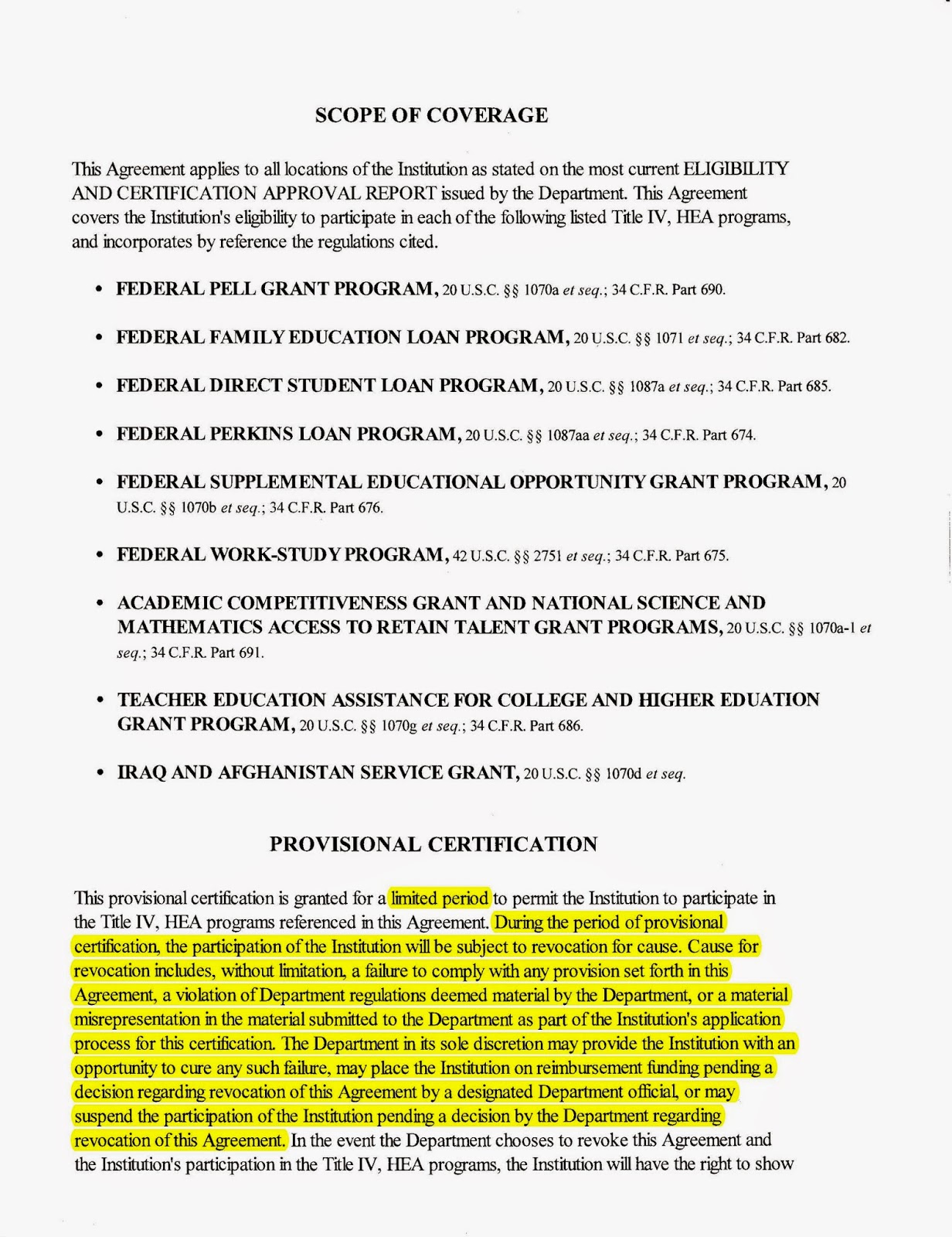 The important elements here are that the agreement is 1) time limited and 2) based on failures in administration of financial aid. Given that the office of Financial Aid does not have a permanent director since the former director left in May of 2014 and the previous interim director, cc’ed in the letter had no financial aid experience before being placed in that position, it begs the questions, whose minding the store and if no one is, does that place the institution at risk as stated below?
Page five of the document is especially telling as evidenced by the section “Reasons and Special Conditions of Provisional Certification. The first reason identified by the Department of Education probably comes as no surprise to long suffering members of the CSU community, namely Deficiencies in Administrative Capability. These deficiencies were clearly articulated in the Final Audit Determination report received by the university in April 2014. 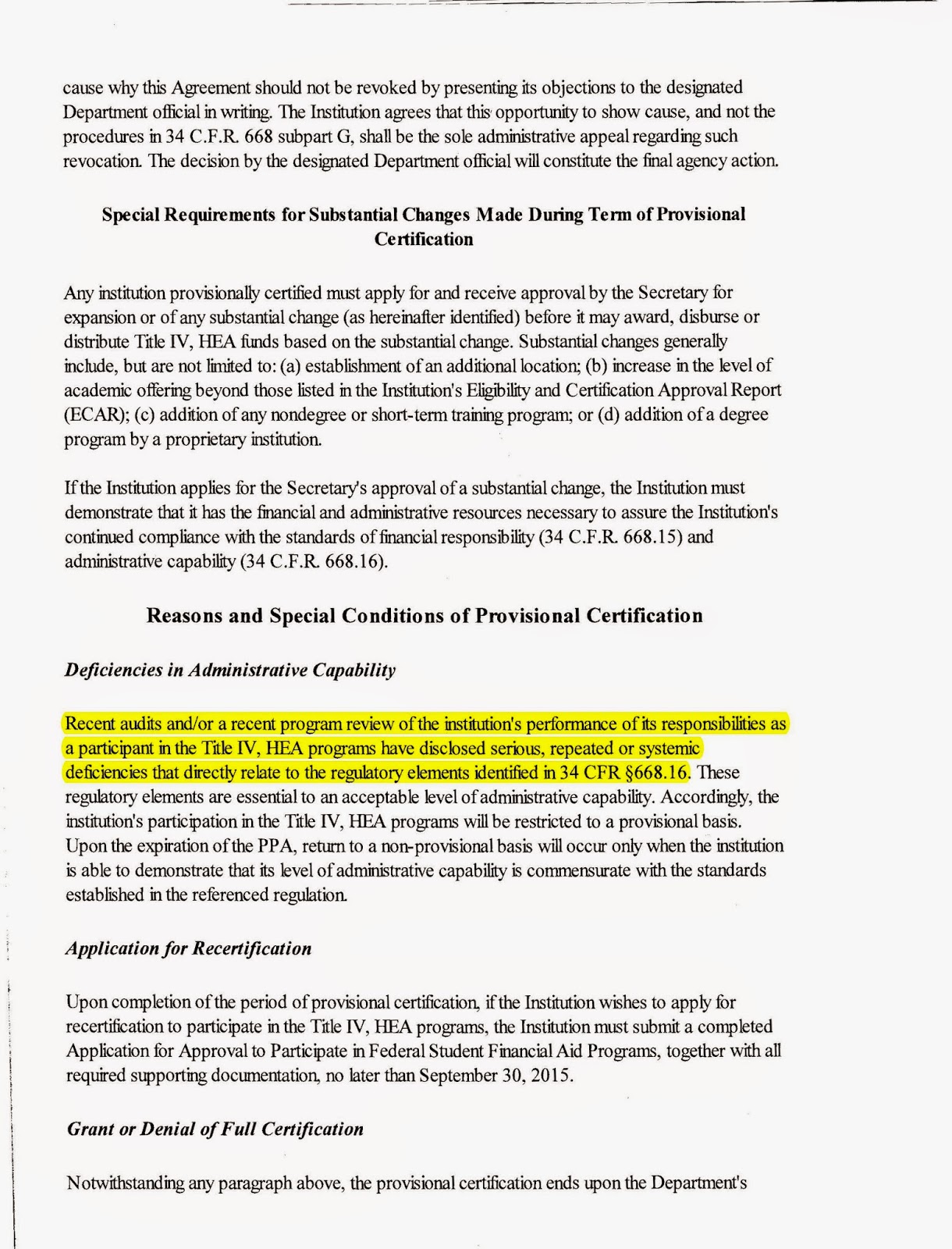 So the question I have, given the significant personnel turnover and clear deficiencies in administration generally, is what does the Board of Trustees think about all of this. Surely they have been fully briefed on the status of and implications for the university of the Provisional Certification, right?
Loyal readers, there is much to digest in these two reports and over the next few days, I will share with you the salient points and implications for the university.
Stay tuned.
Posted by Phillip Beverly at 10:47 AM