If You Want to Know What a Falsified Resume Looks Like, Here's an Example

In the spirit of transparency and public disclosure, I am sharing these public documents with the Chicago State Community. The relevant portions of the Illinois Freedom of Information Act follow:

"The General Assembly hereby declares that it is the public policy of the State of Illinois that access by all persons to public records promotes the transparency and accountability of public bodies at all levels of government. It is a fundamental obligation of government to operate openly and provide public records as expediently and efficiently as possible in compliance with this Act."

"Restraints on access to information, to the extent permitted by this Act, are limited exceptions to the principle that the people of this State have a right to full disclosure of information relating to the decisions, policies, procedures, rules, standards, and other aspects of government activity that affect the conduct of government and the lives of any or all of the people."

The documents that follow, the 2009 resume and hiring forms for Cheri Sidney, and the 2009 job description for the position of Associate Director of Human Resources, provide examples of both falsified application materials and the way crony hiring works at Chicago State. 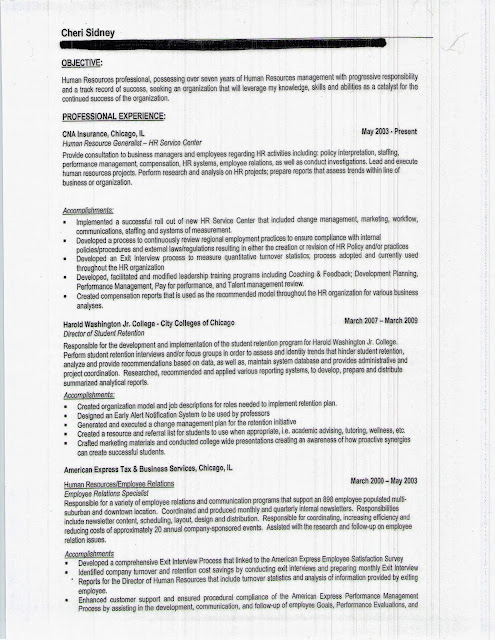 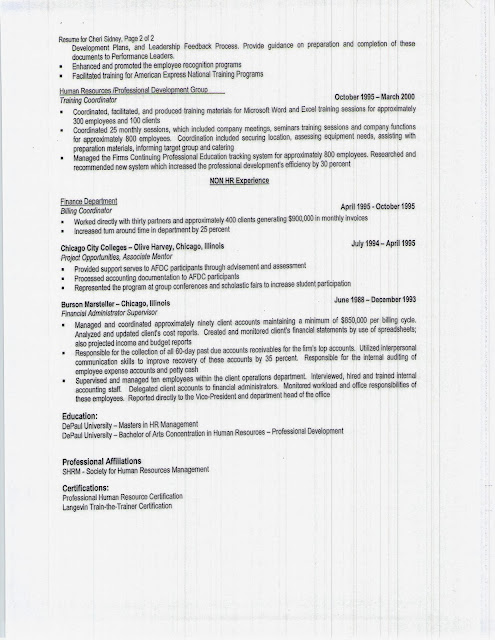 This document details Sidney's educational credentials. Sidney received both her degrees from DePaul University's School for New Learning. The verification lists the major course of study as "School For New Learning Degree Program," while Sidney claims her Bachelor's degree to be in "Concentration in Human Resources-Professional Development." According to the DePaul website: http://snl.depaul.edu/programs/, no such concentration exists in the School for New Learning.

The administrative hiring form demonstrates how Human Resources incorporated the lie from Sidney's resume into official university records. According to this form, Sidney possesses a "Master's of Art," from some unnamed institution. Signed by Human Resources Director Renee Mitchell as well as by Wayne Watson, this form effectively legitimizes Sidney's untruthfulness. 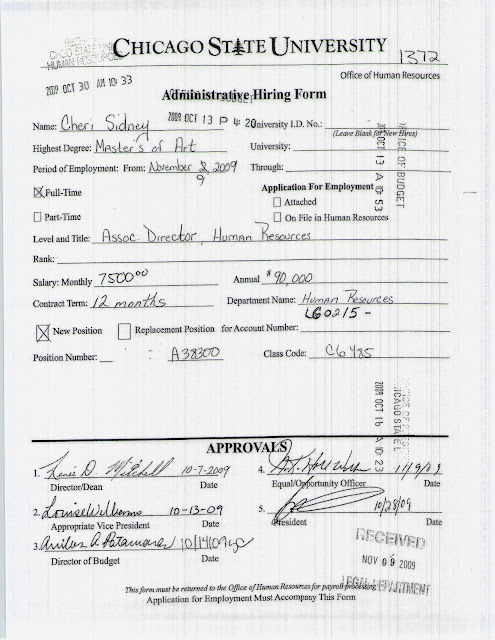 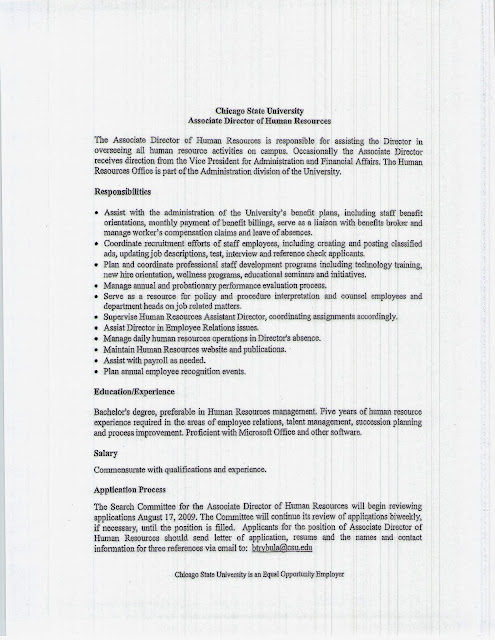 Wayne Watson ensured that this entry level administrative position was only the first step up the promotional ladder for Sidney. Although the position of Associate Director had not existed in June 2009, the administration created a new position just for Cheri Sidney. When Watson promoted her out of that position into another new position, Director of Enrollment Management, the Associate Director of Human resources position simply disappeared from the university budget. Similarly, when Watson promoted Sidney again to a newly created position, her current job of Associate Vice President, the Director of Enrollment Management position disappeared from the university budget.

Sidney's ascension to her current exalted position clearly demonstrates the cynicism inherent in Wayne Watson's continued pontification about "accountability, transparency, and responsibility." In any non-dysfunctional work environment, Sidney would never have been hired as one of the university's senior administrators. Given the declining enrollment numbers at Chicago State since she became one of the two top persons in Enrollment Management in 2010, it seems fair to describe her job performance as wretched. Again, in almost all other workplaces, this would have earned her either a demotion, or most likely, termination. Not so here. Her personal relationship with Wayne Watson has benefited her immensely.

As I pointed out in an earlier post on this blog, the policy on falsified applications seems clear. Again, we will see what Wayne Watson does about this situation.

For any of you who object to the tone of this post, or who might make the argument that I have no right to post such material, I received the majority of this material from Chicago State University in response to requests I made under the Illinois Freedom of Information Act. All the above material is, in fact, public information.
Posted by Robert Bionaz at 11:52 AM