The case of Tyra Austin is completely straightforward. Despite a bachelor's degree being the minimum educational qualifications for her position of Assistant Director of Financial Aid, Chicago State hired Austin on August 16, 2012 without the requisite degree. The documents that follow include: 1-2) the job announcement for the position detailing a bachelor's degree as the minimum educational qualification; 3-4) Austin's application that lists a Bachelor of Science degree with a minor in English from Howard University, with a degree date of May 10, 2013, ten-plus months in the future; 5) Austin's resume that repeats the same false degree information; 6) Austin's "enrollment verification" that lists her final dates of attendance at Howard in August 2012, with the indication that she has not received a degree; 7) the listing of degree programs in the Howard University College of Arts and Sciences, with the information that Howard's bachelor's degree in political science is a Bachelor of Arts, not the Bachelor of Science Austin claims to hold. To this date, Austin continues to be employed in her administrative position despite lacking the requisite minimum degree. 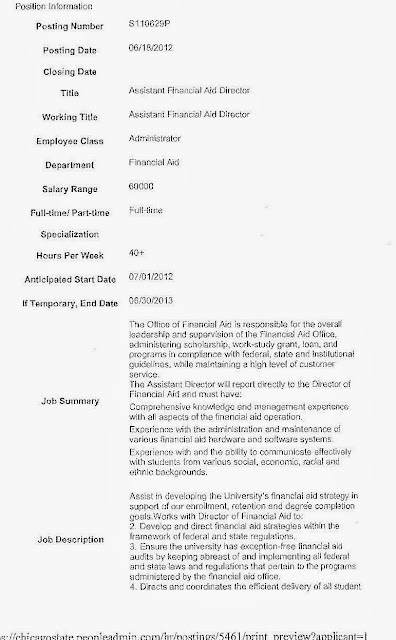 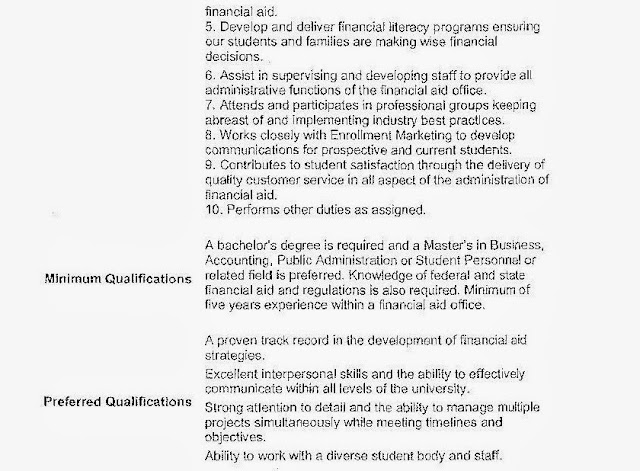 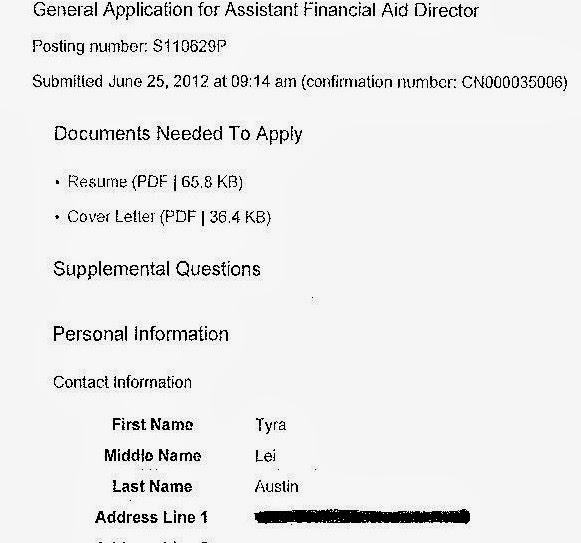 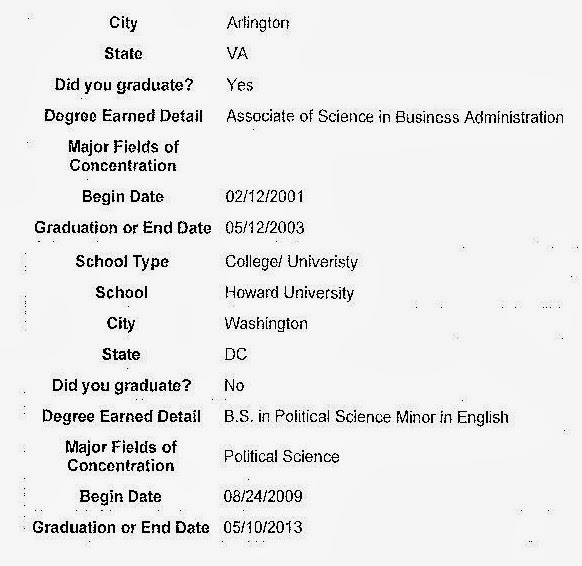 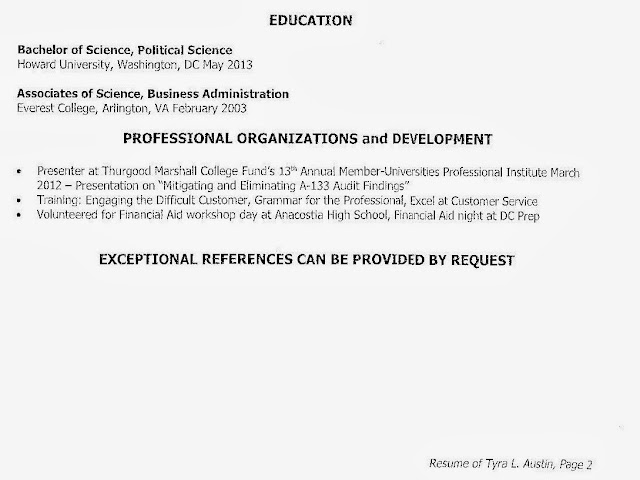 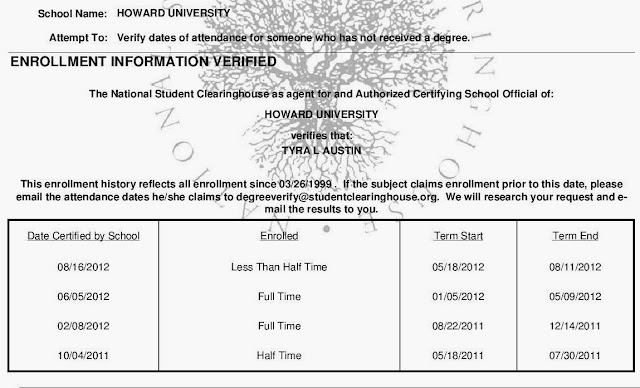 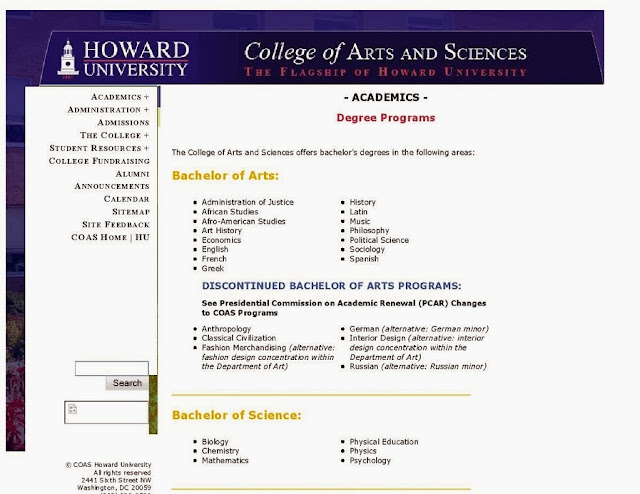 These documents speak for themselves, I have nothing further to add.
Posted by Robert Bionaz at 7:54 PM