Guess Who Is Getting Office Space in the Library?

For those of you wondering when our departing president is actually leaving campus, the answer is: apparently never. Remember 2009? Richard Daley, likely tired of this academic and administrative fraud's act, cashiered him from City Colleges, but as a reward for something, local politicians insured he was able to surface as Chicago State's new president. Now it's 2015, and after nearly destroying CSU, someone in the university has decided that he needs office space in the library--apparently to write a book. In addition, he's supposedly going to have at least one support person working with him in this endeavor. For me this raises several questions. First, how much is this going to cost the taxpayers? We don't have a state budget, but we can spend money for this. Second, who authorized those expenses and the allocation of university office space for someone who should be embarrassed to show his face on campus? Third, how long is this arrangement supposed to continue? Here are some photographs taken yesterday that show the two offices allocated to the outgoing president and his support staff. You'll note the work being done in one of the offices. Certainly here on the beautifully maintained Chicago State campus, this is a project of the highest priority. Honestly, you can't make this stuff up. 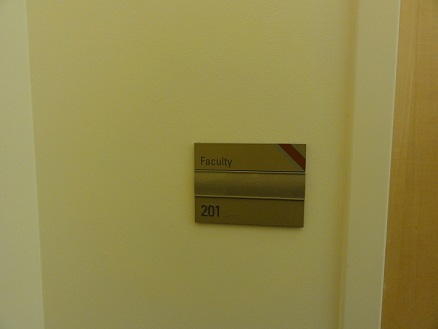 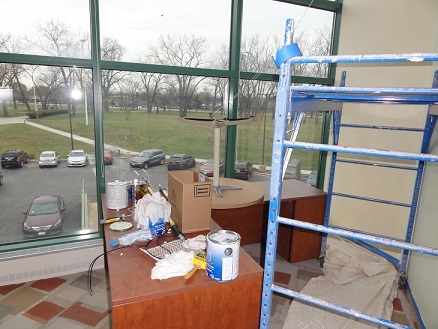 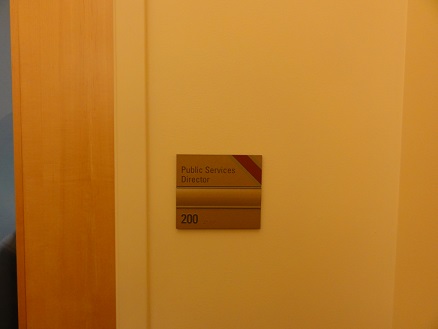 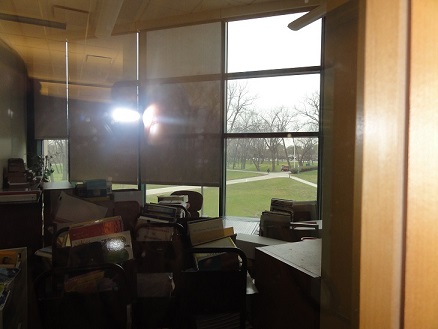 Posted by Robert Bionaz at 3:47 AM