When Does Emeritus Not Really Mean Emeritus? When Applied to Chicago State Of Course

As you can see from the definition, emeritus is an honorary title. I'm not sure that the adjective is meant to apply to some deadbeat hanging around the university in a newly spruced up office drawing a salary for doing basically nothing (save protecting his cronies as much as he can). Does anyone really believe that this person can write a coherent paragraph let alone a book? Perhaps he can solicit help from one of the other literary giants in his administration.

Here is a copy of the letter that went out this afternoon. I have several comments/questions. There is no such position anywhere in the CSU Board of Trustees governing documents. The only emeritus position is Professor Emeritus. Has the Board created that position for the outgoing president? If so, when did that occur? Did the Board vote in open session on the President Emeritus position? When? What necessity existed for the creation of such a position? What are the criteria for such a position? How many other former Chicago State presidents have been honored in this way? Why did this announcement come from the employee and not the Board? Who call the shots here at Chicago State? Does a lame duck president still dictate to the Board? 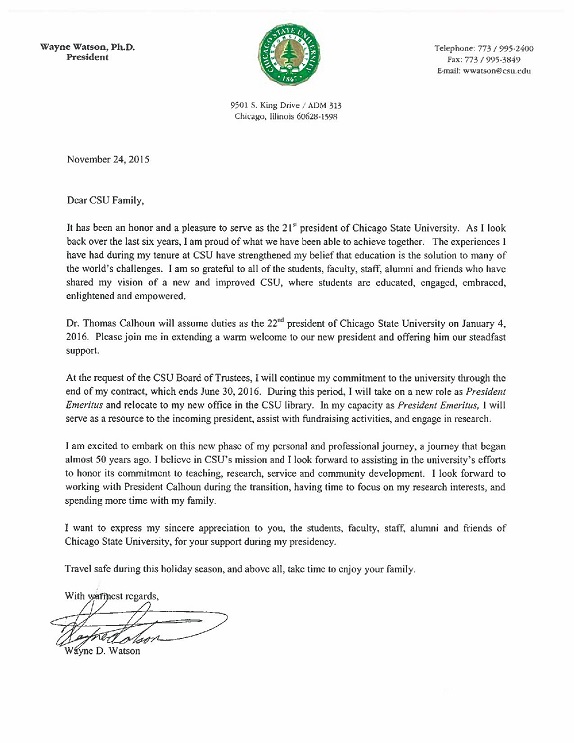 Posted by Robert Bionaz at 2:59 PM