Wayne Watson's Deposition Testimony: Like Sergeant Schultz, He "Knows (and does) Nothing."

What follows are excerpts from Wayne Watson's deposition of June 4, 2015, in the Willie Preston case. The upshot of all of what appears below is that Watson knows nothing about what goes on at the university and does not involve himself in things like personnel matters--based on his testimony under oath. For those of us who have endured the last five-plus years, this self-portrayal may not ring quite true. Of course, the other alternative is that Watson desires to portray himself as a senile old fool. Read these passages and decide for yourself.

In these first segments, Watson vaguely recognizes the university's organizational chart and acknowledges that a number of high-level administrators report directly to him: 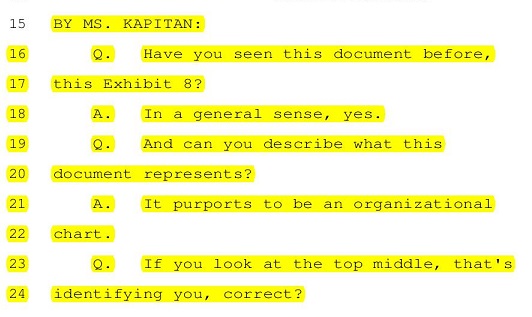 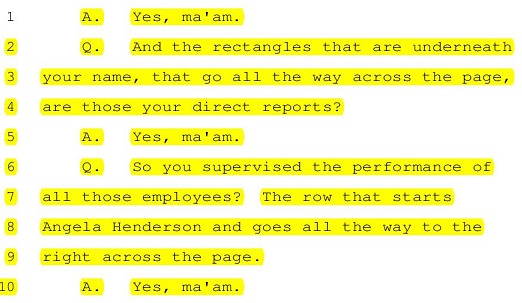 Here, Watson expresses some understanding about what the university's purported "Ethics Officer" does, but he does not understand what "investigate" means. 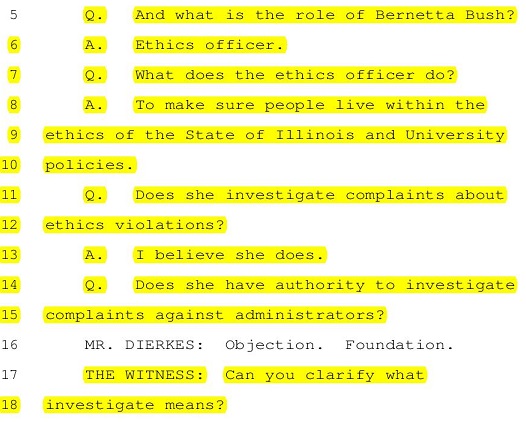 In this portion, Watson seems to be playing games with Willie Preston's attorney as he contradicts himself and claims he doesn't understand a question that would be clear to a three-year-old: 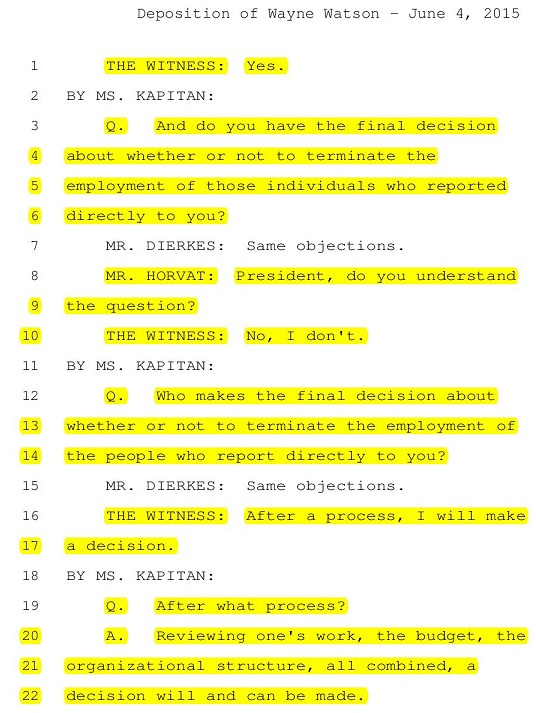 Next, we learn that Wayne Watson neither knows exactly what judicial affairs does, nor that students are entitled to due process rights before the imposition of discipline: 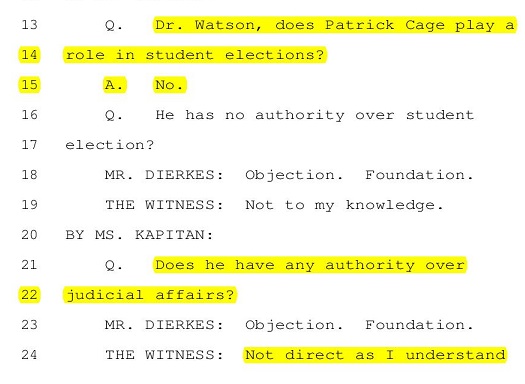 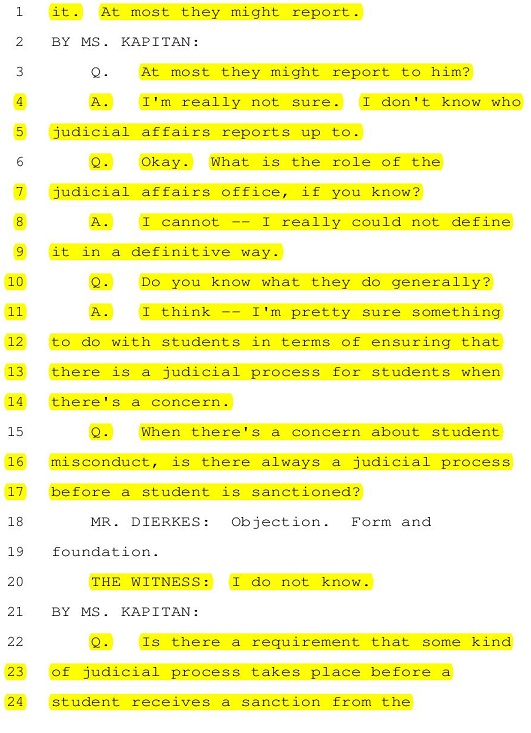 Watson knows nothing about who is actually responsible for imposing student discipline, again he directly contradicts himself: 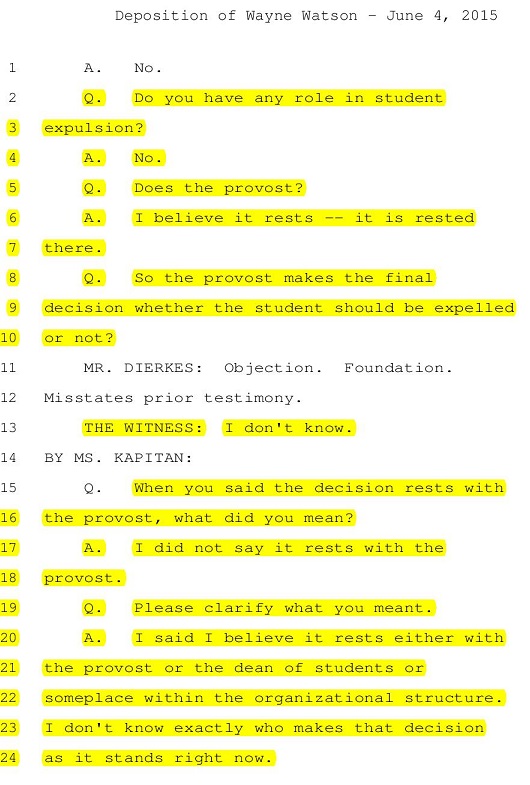 Watson then descends further into mendacity, even idiocy by claiming that faculty salaries are determined by "a committee of the University administrators." Of course, he cannot name any members of that committee. 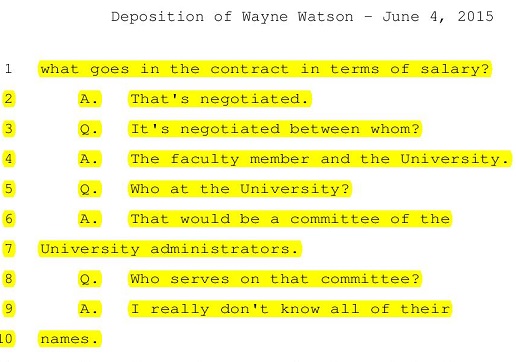 Watson concludes his utterly dishonest sworn testimony by claiming that he has nothing to do with hiring decisions, using the recent promotion of Farah Muscadin as an example. He finishes the cavalcade of lies by claiming not to understand another clear and direct question: 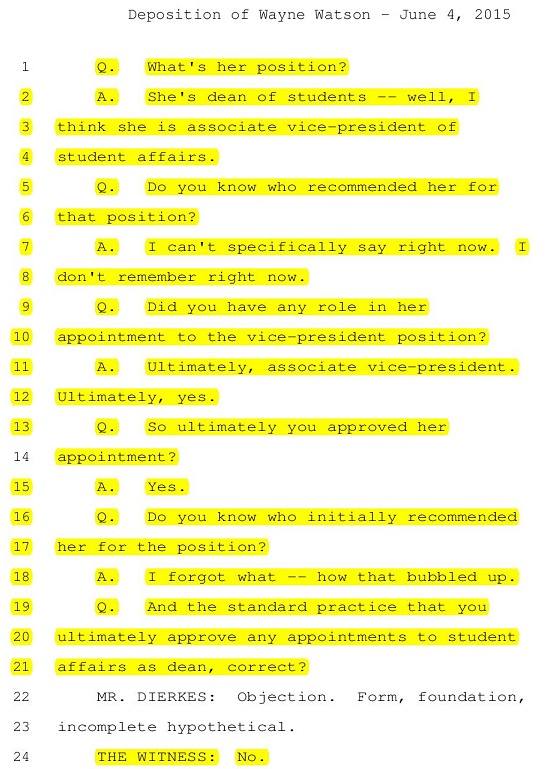 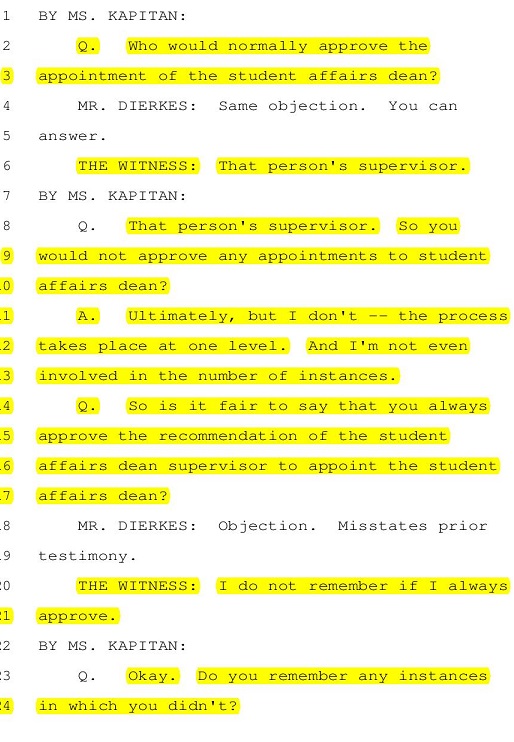 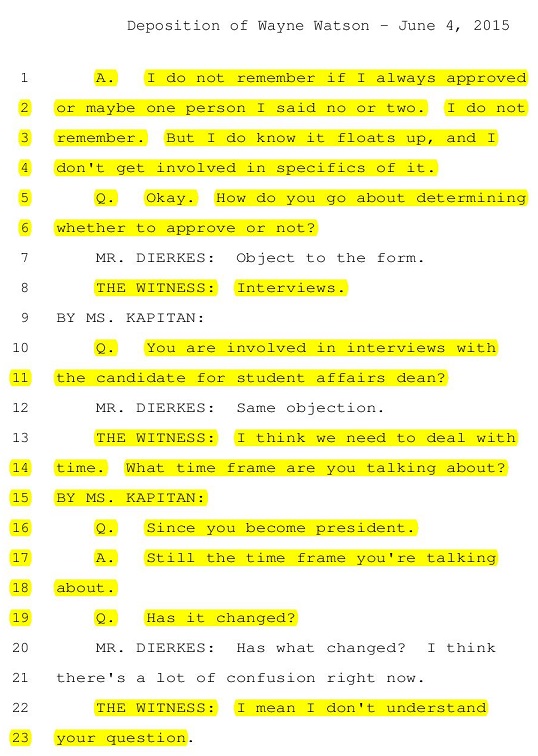 Altogether, this deposition paints a clear picture of someone who exhibits no regard for the conventions of appropriate behavior under oath. Needless to say, the self-portrait he painted on June 4, 2015, bears no resemblance to reality.

Posted by Robert Bionaz at 3:50 PM