Most of us try to avoid making asses of ourselves in front of other persons. Not so Wayne Watson, whose recent deposition testimony revealed him to be either a breathtaking liar or mentally unfit for the position he holds. If this university had a functioning Board of Trustees, that group would put an end to this travesty of an administration. Unfortunately, there is no scandal sufficiently egregious to move that body to act in the best interests of the university and its students. Here are few more examples of the cavalcade of contradictions, outright falsehoods and claims of memory loss that pepper Watson’s deposition testimony. Small wonder that Circuit Court Judge McCarthy described his testimony in the Crowley case as “evasive” among other pejoratives.

Let’s start with some startling ignorance followed by a glaring contradiction. Here is the question/answer between Willie Preston’s attorney and Watson about Rhonda Veronica Williams, the Chicago State Student Trustee on the board. He does not know that she is unable to vote on his employment status then follows that comment by recognizing her name then acting like he never heard of her: 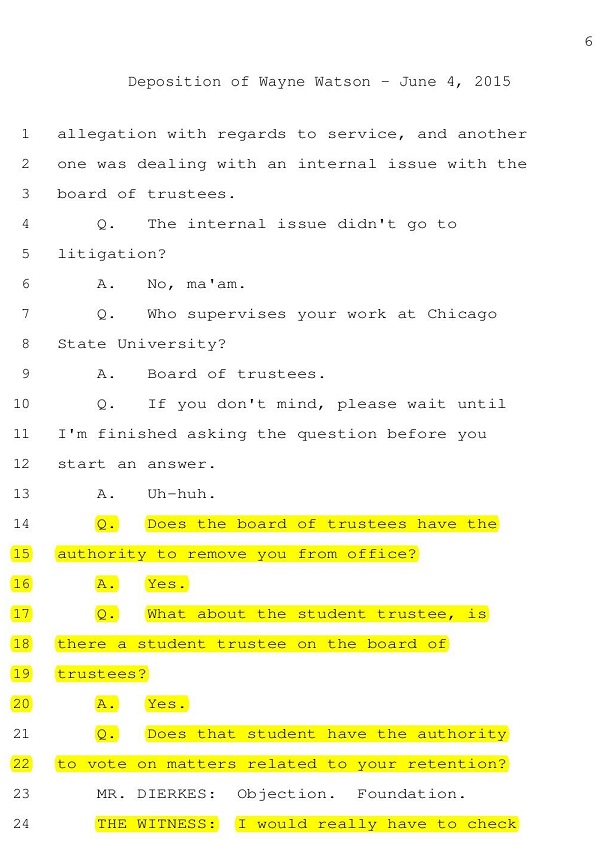 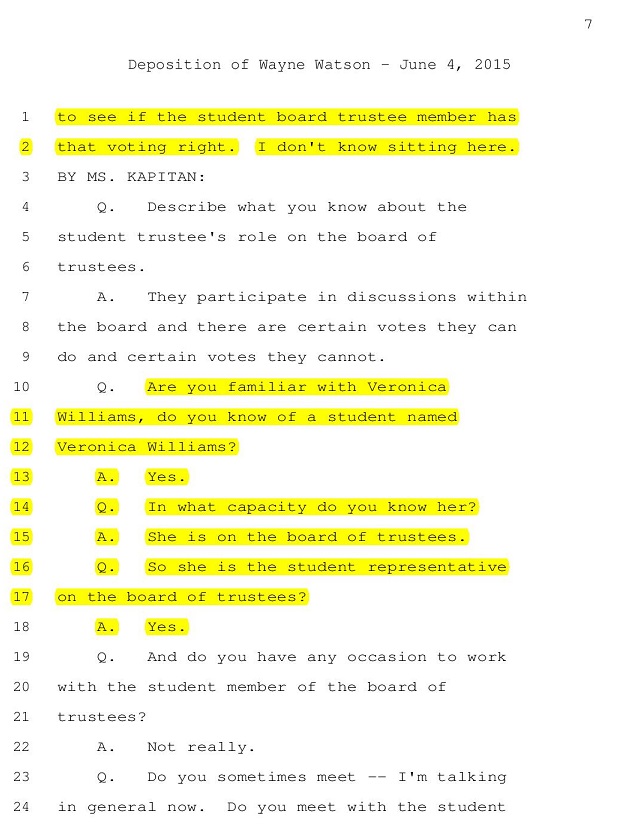 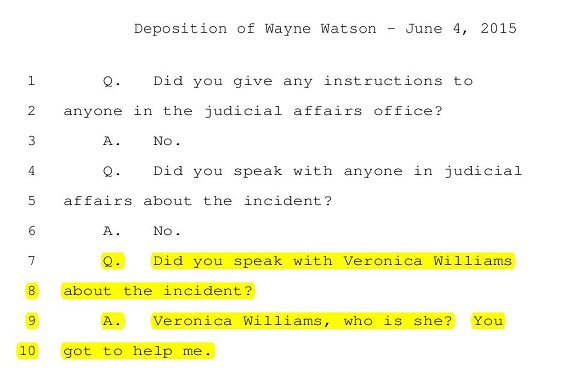 Watson claims not to know the amount of either his salary or his pension from City Colleges: 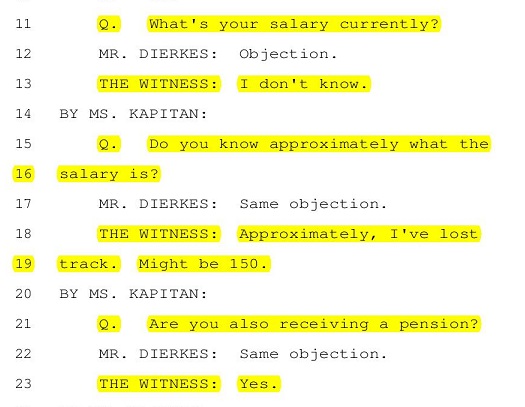 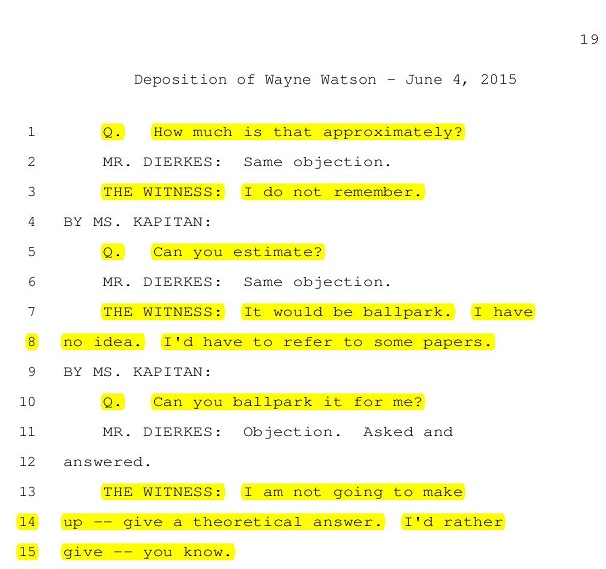 Watson testifies that no one at Chicago State questioned or criticized his hiring of Cheri Sidney and on the advice of the Assistant Attorney General, refuses to answer the question about professors who made the same criticism: 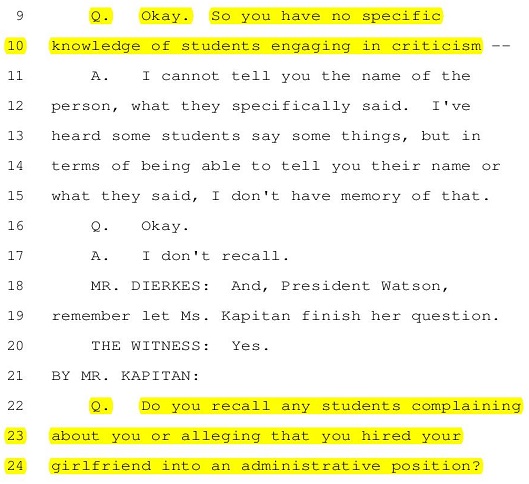 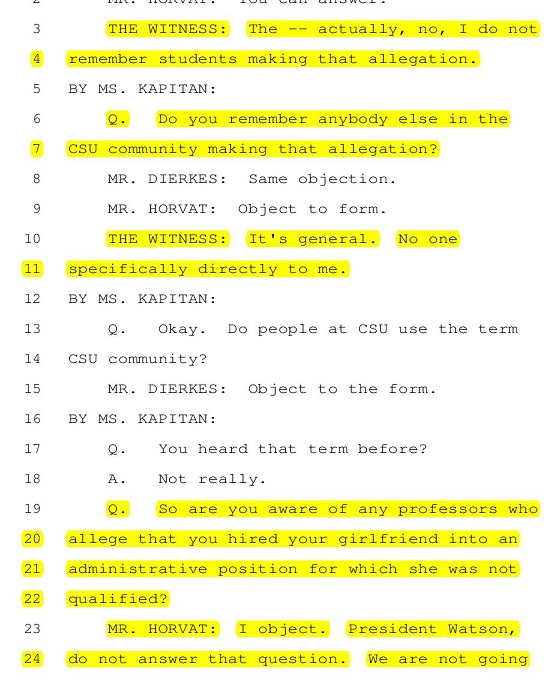 Watson does not know what one of his senior administrators does or who hired her. 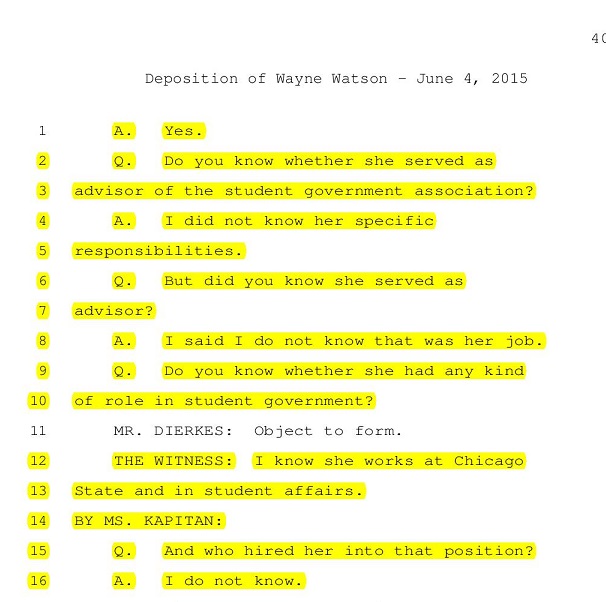 Finally, in a completely witless response to a simple question, Watson demonstrates that he remembers two linguistic terms from his college days: 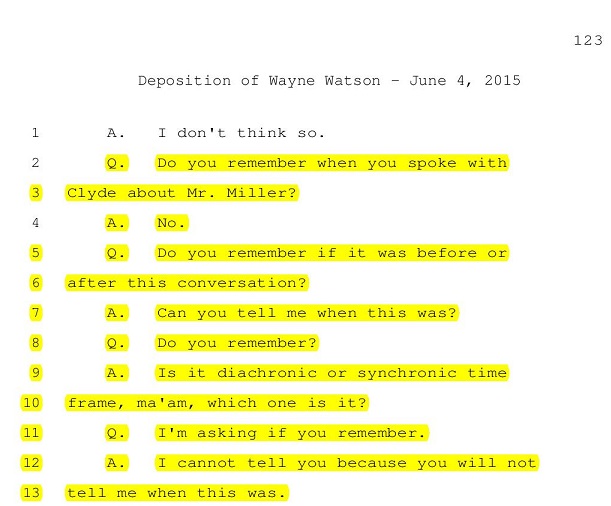 And the board fiddles on. The current narrative goes something like this: because Watson will be gone soon, there's no reason to focus on him. He continues to do tremendous damage to the school and needs to either resign or be fired immediately. There will be more of Watson's testimony in coming days.

Posted by Robert Bionaz at 4:52 PM