Remember when newspapers and magazines serialized things like books? Probably not since that took place mostly in the first half of the twentieth century. In any event, in order to give the university community at Chicago State a more complete picture of the extent of Angela Henderson's dissertation plagiarism, I plan to present, in serial form, a number of pages of that document along with the sources from which she plagiarized her material. This post is intended for anyone who believes in the importance of academic integrity to an institution of higher learning. Supporters of Angela Henderson and devotees of Wayne Watson's vision of a university where lying and cheating by upper level administrators is not only excused but rewarded should probably not read the following material.

First, a little background. Yesterday, Wayne Watson and Angela Henderson attended a faculty meeting of the Geography, Sociology, History and African American Studies (GSHAA) department. The presence of Henderson at the meeting seems to me to be an example of Wayne Watson's extended middle finger to the entire faculty of Chicago State, particularly those faculty who actually earned their various university degrees. Message received. The meeting provided a typical Watson performance, a great deal of self-congratulatory nonsense and a rosy picture of how well the administration has performed and is performing, including Watson's assertion that the current enrollment catastrophe is actually a very positive thing, something directly related to his commitment to "academic rigor."

Needless to say, Watson's commitment to "academic rigor" does not extend to his administrators as Henderson continues to perform her duties during the University of Illinois at Chicago's assessment of her plagiarized dissertation. For his part, Watson refused to comment on the matter except to assure everyone that he was concerned about "due process," and that Henderson received the same. Henderson indicated that legal action was forthcoming or in progress. Neither person addressed the rather substantive nature of Henderson's plagiarism.

In the wake of the meeting, Watson apparently felt the need to at least address the issue in a letter to the CSU "family" that reiterated his position that he will take no action other than to "protect the rights of our employees," and reminded his readers that "because something is alleged does not make it true." In Watson's mind, the most useful thing CSU employees can do is "remain focused on the important work we do and on the many positive things that are happening on campus." So, putting on our happy faces, we will ignore the horrific scandal created by the recent revelations of academic dishonesty from UIC.

I must remind Watson and his stooges that the administrators at UIC are not the only persons in academia who are fit to judge plagiarism. Indeed, those of us who teach and evaluate student work are quite adept at ferreting out cheating when done by our students. In that spirit, I present the following information. Also, Henderson's dissertation was available to anyone on a website called UIC Indigo from late October until the University withdrew it in mid-December. Thus, Henderson's completed dissertation was a public document.

This is the plagiarism policy of the UIC College of Nursing Doctoral Manual. You will note it is quite specific. You will also note that it does not require that the plagiarism be intentional. These are the requirements with which Henderson should have been thoroughly conversant:

Now to give Henderson credit, one has to get pretty deeply into the dissertation before discovering any suspect material. I found the first obviously plagiarized material on page 2. Here are the bottom of page 2 and the top of page 3 from Henderson's dissertation: 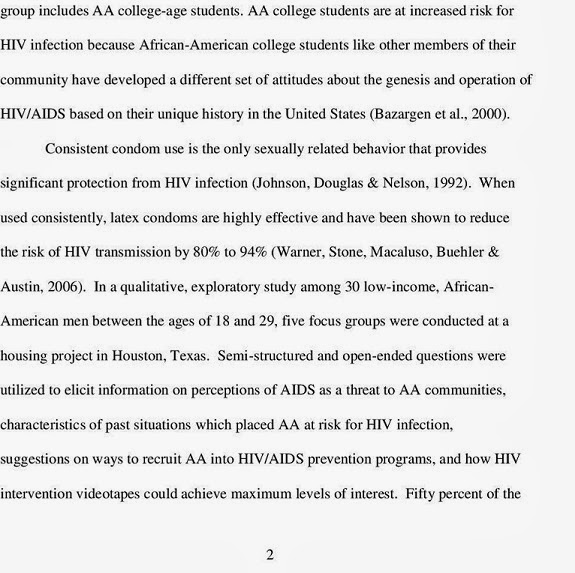 Here is the article from which Henderson lifted her material. Compare the passage beginning with "AA college students" with the material in the second column of this article:

The article from which Henderson lifts the passage is: Mohsen Bazargan, Ella M. Kelly, Judith A. Stein, Baqar A. Husaini and Shahrzad H. Bazargan, "Correlates of HIV-Risk Taking Behaviors Among African-American College Students: The Effect of HIV Knowledge, Motivation, and Behavioral Skills," Journal of the National Medical Association, 92-8 (August 2000): 391-404. The plagiarized passage appears on p. 392.

Next, compare the passage beginning with "Consistent Condom Use . . ." with this brief passage:

The next plagiarized passage comes from a book, with the authors of the book receiving no credit for language taken verbatim from their material: The book's title follows: 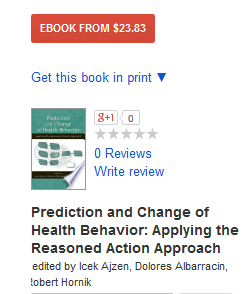 
Of particular interest is that the material in Henderson's dissertation comes verbatim directly from the internet. Neither the original article nor the edited book appear in Henderson's bibliography.

Finally, at the bottom of page 2 running over to the top of page 3, Henderson plagiarizes from another article. Note the similarities between Henderson's material and these passages from: Ekere J. Essien, Angela F. Meshack, Ronald J. Peters, Gbadebo O. Ogungbade and Nora I. Osemene, "Strategies to prevent HIV transmission among heterosexual African-American men," an open access article available here: http://www.ncbi.nlm.nih.gov/pmc/articles/PMC544892/.