Remember the Maria Moore Lawsuit at City Colleges?: Here's How Much Watson's Behavior Cost the Taxpayers of Chicago

As has been chronicled on this blog, the James Crowley case is hardly the first instance of costly managerial misconduct by Wayne Watson. Some time ago, I speculated on the damages awarded to Maria Moore in her lawsuit against Watson for unlawful firing, harrassment and sundry other allegations. Now thanks to the miracle of FOIA (and the responsiveness of an institution other than Chicago State), it is possible to determine exactly how much Watson’s malfeasance cost the City Colleges.

First, Moore actually filed her lawsuit after Watson had become president of Chicago State. Second, while there is a confidentiality agreement in the settlement, it is not binding on parties not involved in the suit. Third, settlement agreements involving public agencies are public information. I’ve included a copy of the memorandum I received from City Colleges to insure that the vituperative occupant of Admin 313 knows that this information came through a request under the Illinois Freedom of Information Act.

Here’s the damage: total amount of the settlement cost the City Colleges (not Watson, of course), $1,175,000, broken down as follows:

Just to emphasize, the City Colleges settled this lawsuit. If it had gone to trial, the City Colleges would most likely have lost with the resulting damages close to James Crowley territory. However, the City Colleges Board of Trustees recognized a loser when they saw one and did the responsible thing. Compare that to our own Board throwing more money down the rathole in order to appeal the Crowley verdict.

If you are counting, Wayne Watson has cost the taxpayers of Cook County at least $1,175,000 and has the taxpayers of Illinois on the hook for an additional $4,000,000 in the Crowley case. When will the Board put an end to this madness?

Here are the relevant documents: 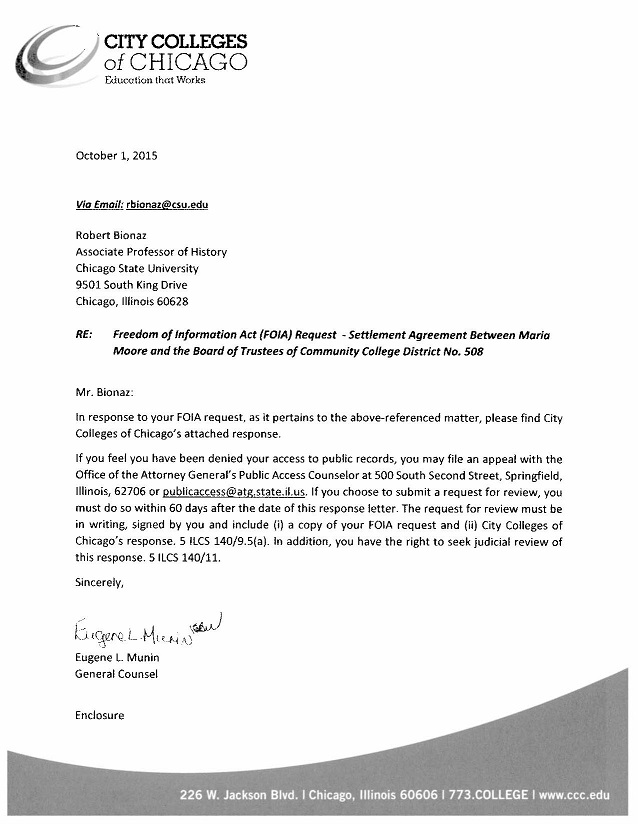 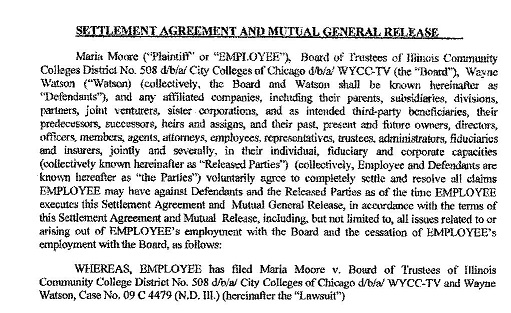 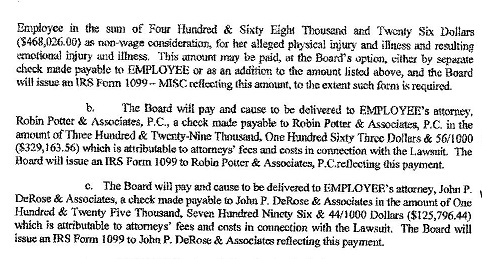 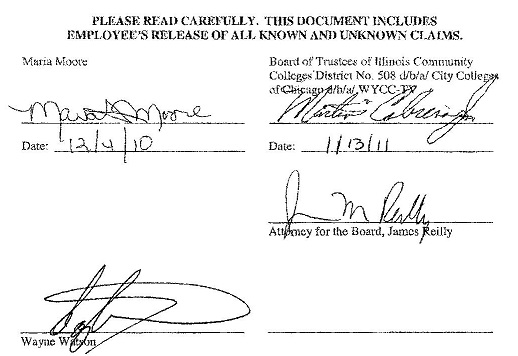 Posted by Robert Bionaz at 8:00 AM