Program Needs? Who Gives a Damn, Dump the Faculty, Screw the Students

Over the past two weeks, six of the nine non-recalled faculty made a case for their recall to the Provost and Contract Administrator. Everyone had a compelling rationale for their recall, including faculty members who pointed out that their programs would be eviscerated by the staff reductions, and other faculty who had skills enabling them to teach in other disciplines. The answer from the administration? A resounding fuck you to both the faculty and the students who will be damaged by these layoffs.

Last evening, the Provost’s Office sent notifications to five of the six faculty members (the letter to the sixth was inexplicably not attached to the e-mail). Three were identical in their denial of the requests for recall, while two others offered the “possibility” of “a bargaining unit as a full-time lecturer.” By the letter’s conclusion, this “possibility” had deteriorated into a “full- or part-time lecturer opportunity.” What a great opportunity! Thank you so much, you magnanimous administrators!

Here are the letters: 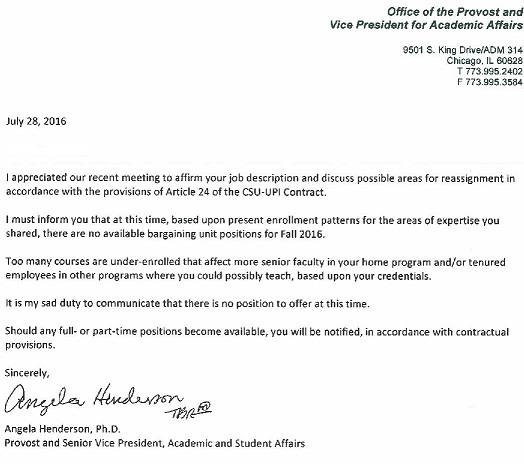 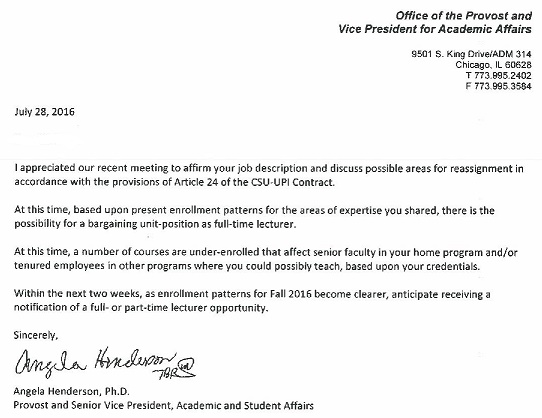