And What A Rally It Was

So I was only a child in the late 1960s and early 1970s when campus protests were occurring almost daily somewhere in the United States. When I got to college the protests on campus were about American institutions dis-investing in apartheid era South Africa. Now some three decades on, the actions of a novice governor seems to have inspired a new generation of activism. Chicago State was host to a large protest rally and march that led to a larger march downtown today. This event brought together the Chicago Teachers Union, the University Professionals of Illinois, food service workers advocating for a living wage and others concerned about these critical social justice issues. 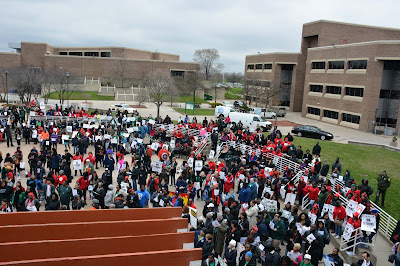 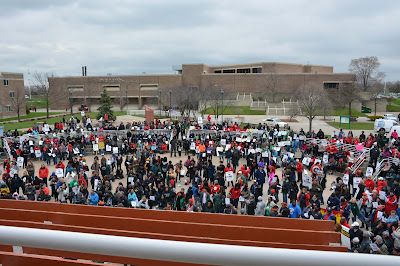 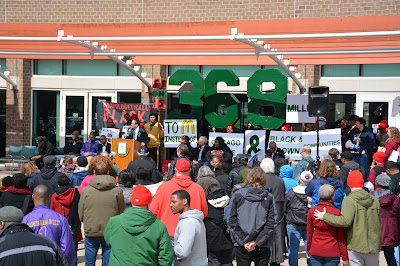 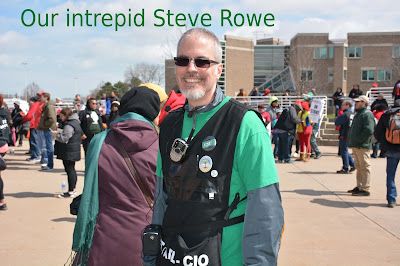 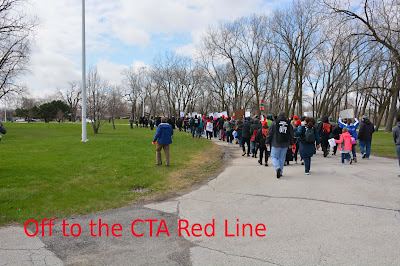 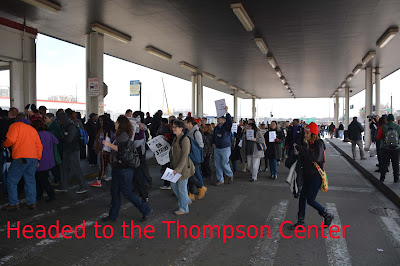 Posted by Phillip Beverly at 7:11 PM