It's been a long summer musing about the events at CSU from the spring --that display of the Emil Jones machine coming to Dr Watson's rescue at the March Board meetings--public relations networks and all-- calling all and sundry, getting the church folks to show up--just like old man Daley taught--and the coup de grace of the coup d'etat--the neutering of the Board of Trustees by a gutless Governor. Quinn that [bleep] has been a fixture all summer at the big southside festivals –will he really get the Af Am vote or will they go to another Daley? Joke would be on him wouldn’t it?

I knew that Emil controlled the southside, but after seeing last spring’s performance we are more of a jewel in his crown and empire than I had thought.

So the ride toward what I don’t know continues…

Big discussion at the Faculty Senate yesterday—many, many faculty “disgruntled” by man & woman hours put into search committees –avg is probably 150 hrs and A LOT of wasted money--only to find that HRH Watson, who has enlarged presidential power on this campus in a way never dreamed of by his female predecessors, who has made himself the final authority for all hirings on campus, turned back candidate after candidate. What did someone estimate 31 authorized searches (that means, the go- ahead was given by the Admin) with only 13 new hires among tenured faculty? Please correct me if I’m wrong.  And why were so many searches turned down by his Eminence? No reason given. Not required to give a reason. Masters of the Universe do not explain. (Memo to the administration’s shared governance committee: “Hello?”)

Maybe this is why faculty did not show up in overwhelming numbers for Convocation last week. Is it true the Admin were high-fiving themselves and talking about the “faculty-driven” convocation at last week’s whatever council meeting? At the Senate yesterday the estimates were that no more than 200 people showed up (granted enrollment is down) and most of those who did were administrators…

The fiction of governance on this campus, shared or otherwise.

Well, in case you need it spelled out for you, transparency and shared governance here at have been done in and morale along with it. The HLC is gone, no need to keep the fiction going for their sake. There is that pesky monitoring report due in June, but you know the Prez wants to attend your department meeting, he had a reception for the 13 new faculty members, he has a university shared governance committee hard at work surveying opinion, getting through that should be easy now. Hopefully that online survey won’t end up with the recommendations the Faculty Senate made from its Teach-In on Shared Governance September 23, 2009—was that the meeting that the President actually tried to have shut down?; or the recommendations discussed at the Senate’s “Shared Governance Conversation” on April 14, 2010 which included representatives from the AAUP –even HRH attended that; or the “Report of the Shared Governance Committee to the CSU Faculty Senate” from 2012; or the complaints of violations against shared governance that were made in the Senates’ Bill of Particulars that preceded its vote of no confidence in the prez last November; or the long, long discussion of shared governance at the faculty senate after the appearance of a campus administrator informing the senate of the administration’s constitution of a shared governance committee in spring 2013; or the many blog posts here that have discussed shared governance; or, frankly, the blog itself which was born out of frustration with the lack of transparency and shared governance in the wake of the sham presidential search in 2008-2009 that brought us the imperial triumphal presidency we now endure….but, oh well, who cares…?

In the meantime there is no shared governance on this campus and no hope of it because essentially the Imperial Presidency does not want it. When the President has authority over the Board of Trustees the story is over. Since Emil swept in with the pols last spring and Gov Quinn took down the board, the power that a Board of Trustees is supposed to have no longer exists. The president holds power over them--fear o'Emil will drive that board now as never before. No “hopey-changey-thing” here on campus anymore.  Do we really think the president is going to “share” governance with faculty?

There are no university committee actions that have binding power on the president, not even in a theoretical sense. He does not have to accept any committees' "recommendations" be they the grand Board of Trustees or the lowliest department recommendation for chairperson (now only a one-year appointment--someone please tell me what is the difference between that and an interim appointment?) whatever shreds of a shared governance committee's "recommendations" he may perfunctorily call for he is not bound to follow.

University moneys are centralized in this president’s hands. Remember how deans used to have that discretionary power to dole out a few hundred bucks for a conference?  He has centralized the hiring process in his office as evidenced by the number of candidates he, he with the Ph.D. that is not in your field, decided were not suitable teachers and colleagues for you after you conducted nation-wide searches.

Someday we may be released from the patronage machine that keeps us a provincial mediocre institution no matter how much talk or publicity we and the p.r. folks churn out about our "global" connections and "how much good we do." Change will probably come when something is forced from the outside because clearly there are a lot of folks hoping the goose that lays the golden eggs will keep laying and maybe someday their self-interest will be fulfilled and maybe they will not be fired after a year or shafted (at least not too soon) by the machine--ask a few of Watson's ex-hires about that aspect to riding the patronage pony.

So when are we going to get mad enough and channel that into some action down here on Emil’s Farm? Is this the year? I keep hearing  old B. D. in my head—get the live version of this one:

No, I aint gonna work on Maggie's farm no more
Well, I wake up in the morning
Fold my hands and pray for rain
I got a head full of ideas
That are drivin' me insane… 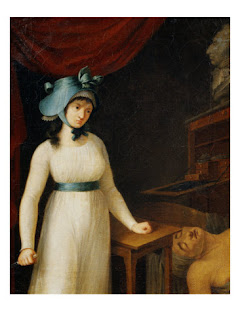