Huzzah! The Patronage Pit is Re-accredited!!

Glory Glory --we won't lose our jobs yet! neither will all those City College refugees who now run the place nor the folks who hope their wife/son/husband/child/mother-in-law/ex/ will latch onto the CSU gravy boat.  Read the press release below: Mission accomplished. Well done. Goody goody.

Now if we can only keep it that way...

No  mention made here of two monitoring reports (why ruin our day/you are so negative all the time/you never report the good things that we do here at Emil Jones U...)

In the meantime, since the HLC visit in November, Dr Watson has been doing his very best to do the opposite of what was promised in the HLC report submitted--eg communication (have you heard an announcement from on high of the new provost yet?); shared governance initiatives--eg. faculty will be involved in rewriting the hiring policy, ooh maybe not; eg. enrollment...'nuff said. And of course there now exists the sham of Trustee oversight of the university made plain by Governor Quinn's interference at the behest of you-know-who in March. What would the HLC say to the fact that there is no independent oversight of the president's office now?

So take it at face value, believe what you want to believe, ignore the subtext in the press release if it makes you feel better.
Oh God, more "Paradigm change" a-coming (read: "you will never recover from the crap I am going to dish out to the faculty")

...And pride in "the many stakeholders who came together to demonstrate the institutional strength of CSU" (Read: "I've got Emil and the "community leaders" to scare Gov. Quinn, nuts to the rest of you, this is a southside school and you outsiders should remember that ...")

...And of course "instill a renewed sense of academic excellence" (Read: "even though student complaints are mostly directed at my administration they should not be so happy with the faculty in all those evaluations and self-studies; there are too many tenured faculty...adjuncts are much easier to deal with, one-year chair appointments and interim deans keep the dysfunction going and give me something to then tell the board I will reform...") 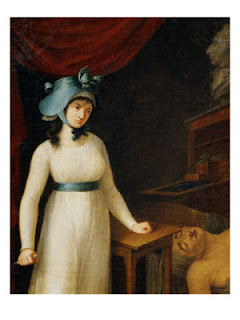 CC: Channeling my best Bette Davis:
"Fasten your seatbelts, its going to be a bumpy ride! ..."
Posted by Corday at 10:58 AM