The Watson Administration Covers Up Irregular Financial Dealings: Part 3. Let's All Get Together and Conceal our Incompetence

As we have seen on numerous occasions, Wayne Watson and his administrators are always willing to blame others for their administrative incompetence. Instead of the “transparency, responsibility and accountability” Watson continues to bloviate about, we get distortions, dubious explanations and outright lies. The matter of the student money collected on January 26, 2013 offers a look at how this administration works to cover up its ineptitude. Either at the event or within weeks of the improper handling of the student money, Willie Preston made four university officials aware of the problem: Director of Student Affairs Matoya Marsh, Vice President of Enrollment Management Angela Henderson, Chief of Staff Napoleon Moses and Wayne Watson. Apparently, none of these three persons took any steps to correct the potential audit finding. After Preston’s March 4 FOIA request, Renee Mitchell, Matoya Marsh, Angela Henderson, Interim Dean of Students Farah Muscadin and Wayne Watson knew about the memoranda from Peebles and Marsh, as well as the supporting documentation submitted by Marsh to Peebles. In its response to Preston’s FOIA, the university disclosed none of these public documents.

Fortunately, in mid-April 2014, a high-ranking administrative official provided a number of documents to Willie Preston. Among them were the memos from Peebles and Marsh; the March 7, 2014, receipt from the Chicago State Cashier’s Office showing the deposit of $1495.84; the Student Government Treasurer’s Report dated February 8, 2013; a number of receipts and invoices, allegedly detailing the way the Student Government Association spent the money collected at the January 26, 2013 event. Examining all this material leads to the conclusion that there is no way to determine either how much money was actually collected on January 26, 2013, or how the Student Government Association ultimately spent those funds, which were apparently held in cash somewhere in an office.

On February 27, 2013, Preston notified Angela Henderson of the irregularities in Marsh’s handling of SGA money:

On March 19, 2013, dissatisfied with Henderson’s lack of attention to the matter, Preston sent the same material to Chief of Staff Napoleon Moses with a copy to Wayne Watson: 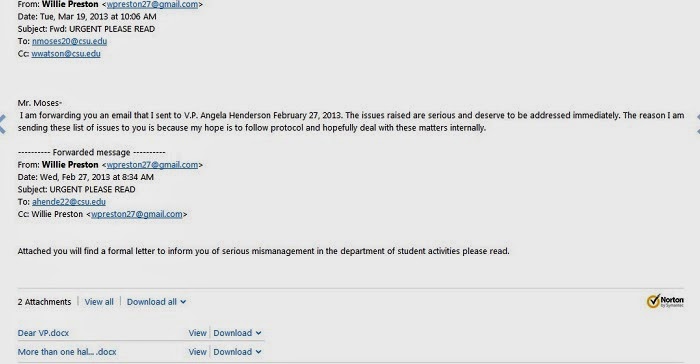 On March 21, 2013, Moses responded and advised Preston to deal with Angela Henderson regarding the problem: Of course, none of these persons did anything to protect the funds.

Although the university’s FOIA response failed to provide receipts to support Marsh’s contention that she could account for all the funds collected on January 26, the receipts in Preston’s possession reveal that there is no way to determine who authorized the expenditures or from what fund those expenditures came, another violation of Administration and Finance Policy. Here is an example: 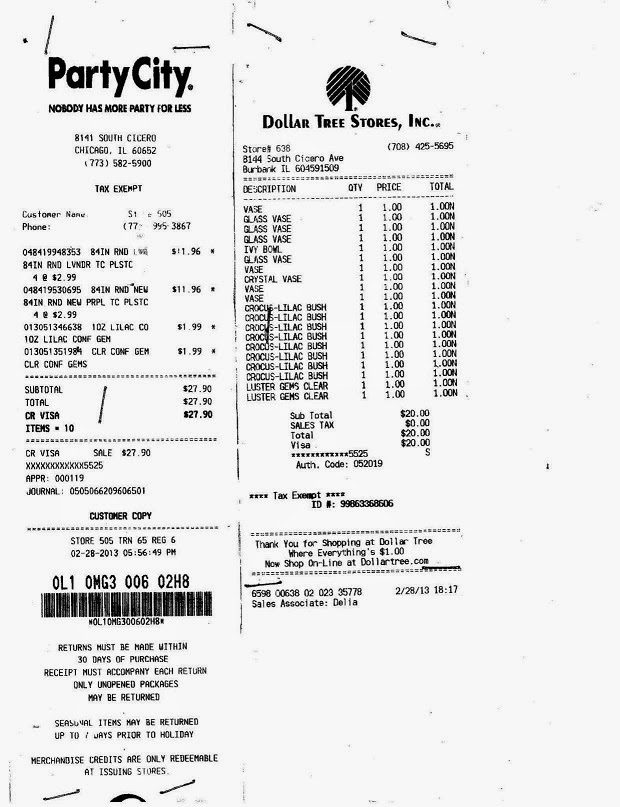 The copy of the Treasurer’s report submitted to Peebles by Marsh in early March 2014 lacked two alleged expenditures that appeared on the copy of the report disclosed by the university on July 8: A $36.43 expense on November 2, 2013 and a $111.36 expense on November 1-3, 2013. An examination of the receipts submitted by Marsh exposes the multiple policy violations surrounding the money collection and subsequent disbursement. First, the receipts include both cash register receipts and invoices without receipts indicating that the invoices were ever paid. Second, none of the receipts contain any proper authorization from a university fiscal officer. Third, although the money held in the Student Government office was cash, a number of receipts are credit card transactions. Based on the information provided by Marsh, it appears that the Director of Student Affairs is not officially able to account for a penny of the $1664 that is missing from the original $3159.84 allegedly collected on January 26, 2013. Finally, even accepting the receipts and invoices at face value does not result in the books balancing. The receipts submitted by Marsh include $245.45 in cash, $94.88 in credit card transactions, a $19 voucher, and $1069 for which there is no proof of payment. That totals $1430.33, or $233.51 less than necessary to square the accounting.

Looking at these events in their totality, it seems fair to conclude that university administrators failed to follow policy, failed to correct their mistakes when they were advised of the situation and rather than reveal their incompetence and dereliction of duty, chose to bury the entire matter—first by trying to resist Preston’s FOIA request through legal machinations then by failing to provide documents they knew existed, they knew were public and that they knew should be disclosed. 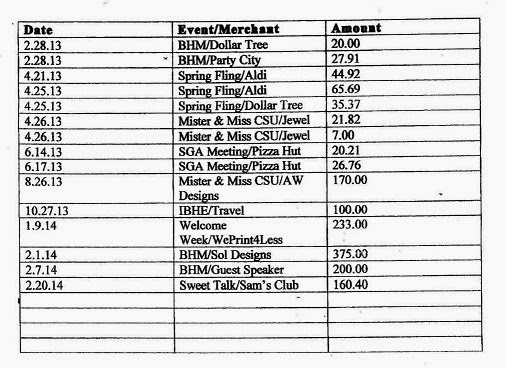 Will any of this matter? I can already hear the Watson apologists creating their false narrative to mitigate these financial shenanigans. I cannot imagine that the bunch of fools who actually govern this university will care about this. After all, it is only $3000. The real shame here is that the mishandling and possible misappropriation of these funds demonstrates how ill-suited this administration is for university governance. As has been demonstrated on this forum, our upper management can hardly be bothered to learn appropriate policies and procedures, let alone follow them. Phil Beverly’s recent post on our financial aid problems illustrates how the university suffers when incompetence is not only tolerated but rewarded—this is what results from the blatant cronyism on display at Chicago State. Of course, our upper administration has more important things on their minds than efficiently running the university, something they are clearly unable to do.

Posted by Robert Bionaz at 6:42 AM